Time to Stop Mowing the Lawn 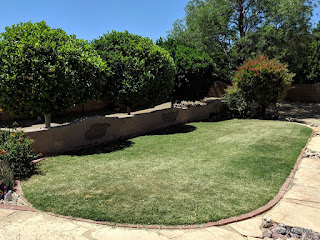 Twenty-eight years ago, when we bought our first house in Arizona, I jumped on a chance to buy a used McLane reel lawnmower with an electric motor. It has served use well all these years, but it does require that someone guide it which makes one more thing on our list when we're gone for our summer travels. While our friends at Glory Farm were installing a sprinkler system for their yard, I was cutting and capping the line to our lawn sprinklers. 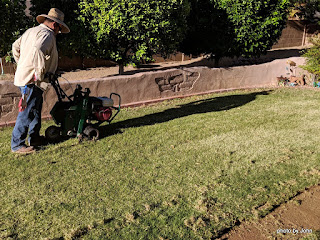 We did a bunch of research, leveraging direct experience and a friend in the business before deciding to install artificial turf using a new 'cool touch' technology.

The crew to remove the old turf were "headed our way today." Eventually, on the fourth 'today' the sod crew arrived and made quick work of removal. 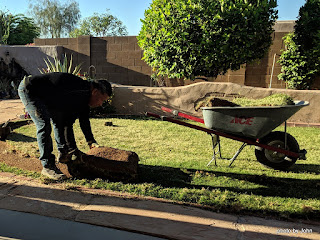 The old turf was folded up and hauled out to their truck. 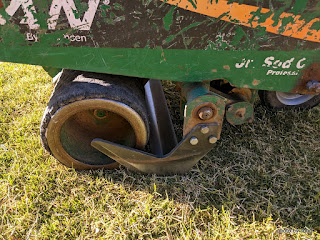 I was really impressed. As always, having the right tool makes the job much easier. The heavy knife behind the roller vibrates rapidly and easily cuts the turf into strips. It also cuts the heads off of sprinklers that might be in the way. 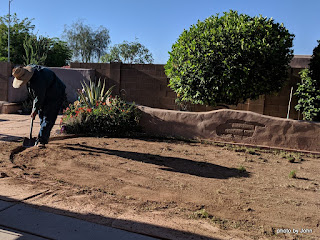 It took longer to clean up the edges than it did to remove the bulk of the turf. 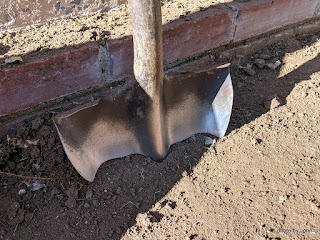 I couldn't resist a picture of one of their shovels. No, it's not stuck in the dirt. They just get their money's worth out of their equipment! 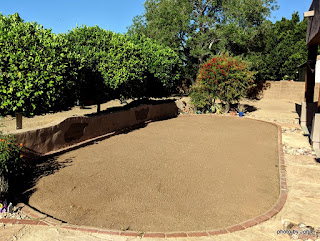 Less than 90 minutes after their arrival, the crew of four, and the old grass was gone. 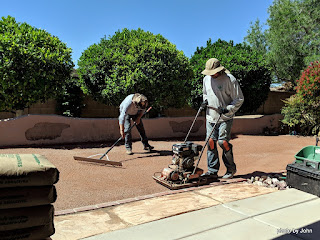 The next morning two other guys showed up. They stacked up bags of "stuff," hauled in some fine sand, and got to work doing some final leveling. 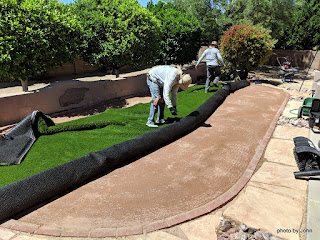 It took at least twice as long to do the prep and compaction of the base as it did to cut out and remove the old sod. 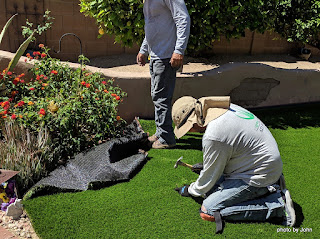 The new turf was laid out and nailed in place before the edges were trimmed. 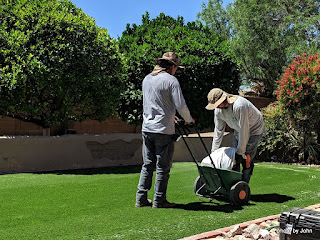 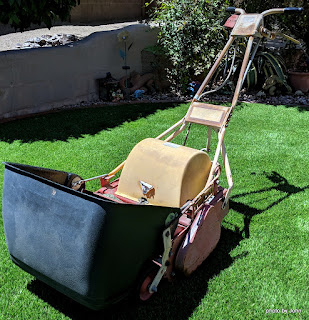 I suppose I should have taken the lawn mower pictures on the old sod, but... Some time soon I should put together a Craigs List ad to find this one a new home. It's served us very well.
Posted by Just Finding Our Way at 4:04 PM