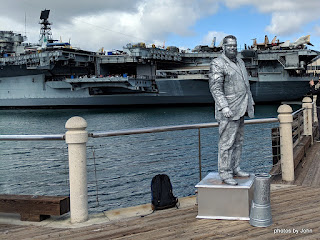 One of the side benefits of youth sport tournaments is the opportunity to visit other attractions while waiting for the next game. One day, we visited the Midway, now a museum docked near the cruise terminal. 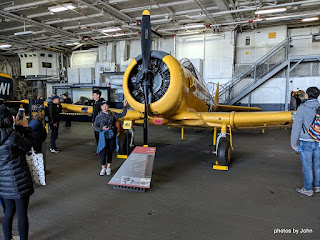 We started on the hangar deck where they had several aircraft on display - everything from WWII era trainers to jets. 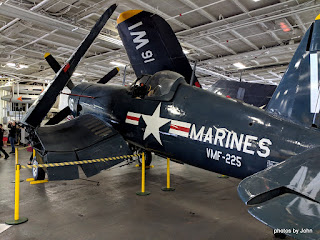 My favorite was the Corsair, perhaps because I'd recently read a book by an individual who'd flow the Corsair in WWII. The aircraft design made it extremely difficult for the pilot to see while maneuvering on the flight deck. 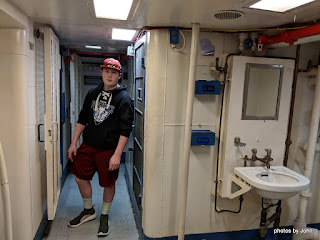 The grandson had to check out the brig 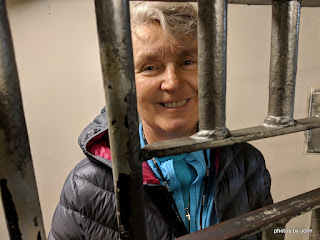 where he found his grandmother behind bars. 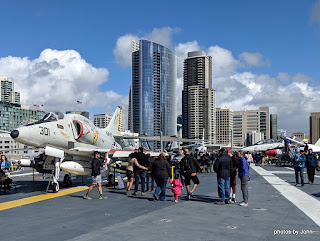 On the flight deck, there were many other aircraft on display. 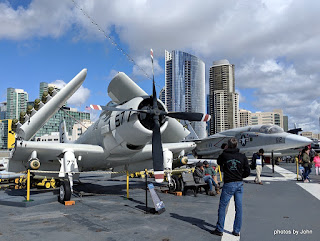 The last recip powered fighter used by the Navy. We had a friend who flew one and shot down a MIG in Vietnam. 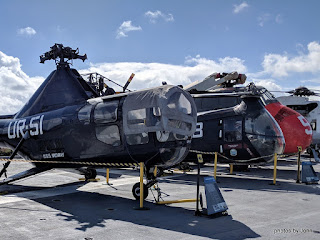 Of course, I gravitated towards the helicopters, even if the Sikorsky was wearing a mask. 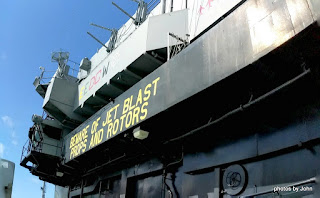 We ran out of time before we got to the bridge, but found the whole visit very worthwhile.

Posted by Just Finding Our Way at 8:23 PM