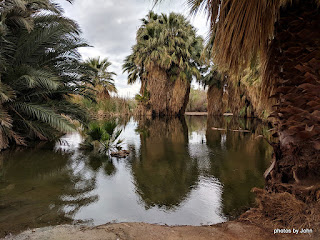 With the Scamp tucked into its spot in the garage, we packed suitcases, tossed them in the Subaru, and headed for San Diego. We stopped to do an earth cache in Holtsville at a hot spring that I didn't know existed. Once again, geocaching took us to an interesting place. 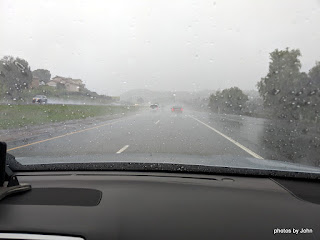 Thankfully, we finished up with our Holtsville stop before the rain started. This is the first trip to California that I've ever had where the traffic was running less than the speed limit! 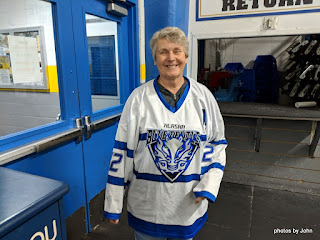 The whole reason for the trip was to watch our grandson in a hockey tournament. His team flew down from Alaska to take part in a tournament. BJ wore his white jersey for the first game since the team was wearing their dark uniforms that day. 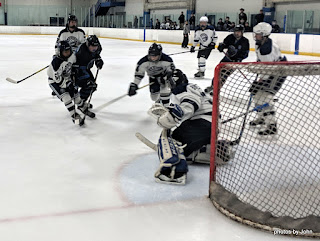 He's one of the larger guys on his team and doesn't shy away from going right up the middle if the chance presents itself. 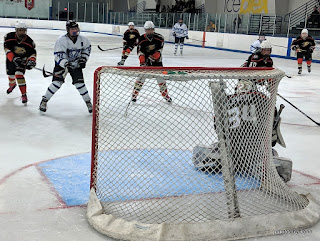 I noticed that BJ declined the opportunity to wear his dark jersey the next day. Sometime about eau de locker room. 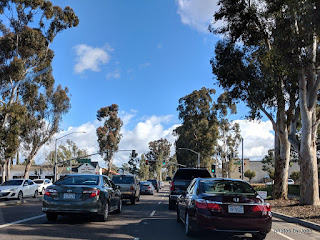 We had some very heavy rain one day, but the sun was shining the next day and the game wasn't until late afternoon so we headed to Ramona to see what has changed since we lived there in the mid '70s. The highlight event when we lived there was when they got their first stoplight. Folks would park and watch it change color. Now there are at least six major intersections. 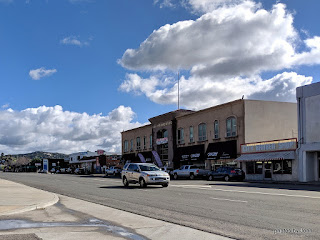 In spite of the additional traffic and signals, downtown still looks the same but the apartment definitely looked worse for wear. 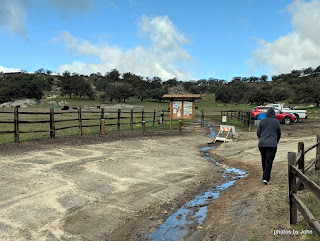 We were making a big loop of this drive, and stopped along the way at a county park. It was pretty obvious where the rain from the day before ended up. 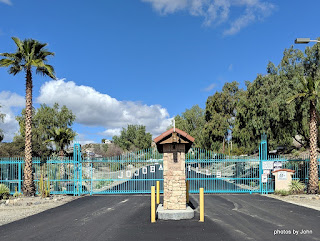 For years, we've heard about the Escapees Jojoba Hills RV park hidden in the hills east of Temecula. With a bit of time on our hands, we arranged for a quick windshield tour but didn't stop to visit any of our friends there. 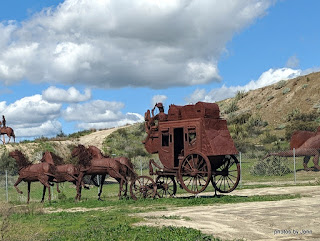 All in all, it was a nice trip down memory lane.
Posted by Just Finding Our Way at 2:30 PM