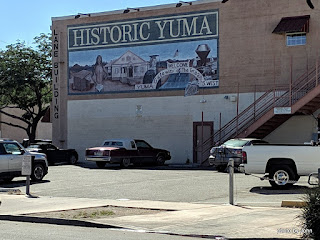 After the better part of three weeks in Quartzsite, I moved to Yuma. Every year, it seems the town gets busier as do the various boondocking locations. This year I headed back to a spot just south of Mittry Lake that I'd stayed at two years ago. It, too, was busier than in the past, but I found a spot that kept my solar panel working nicely. 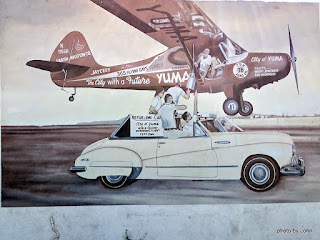 Once I had the trailer organized, I headed in to town to do a series of lab caches based on murals around town. Some were historic in nature, others were very artistic. 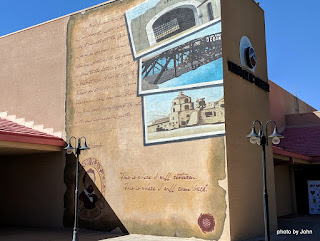 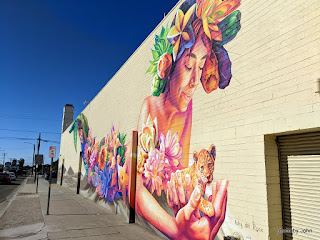 The one I liked the best covered the side of a grocery store.

You had to go across the street to view the whole thing. As usual, clicking on a picture will bring up a larger version. 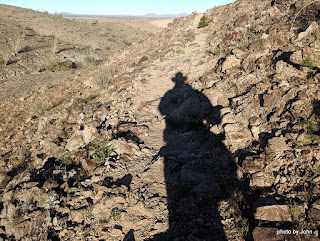 The next morning I headed off early to find my way to the Gila Petroglyphs. The cairns even sported their own blooming flowers although they washed out in the sun. 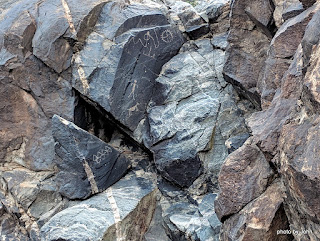 The hike was wonderful, and the petroglyphs were nicely done although not numerous. This was the site of the first event of the weekend related to the annual Yuma Mega geocaching event. I got there ahead of the crowd, signed the log, and headed back down the trail to make more room for others. 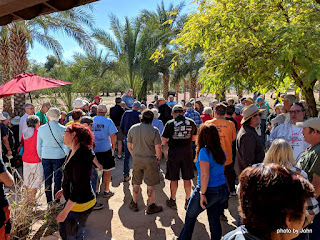 Later that day, after chasing caches in the desert, I enjoyed lunch and a date shake at Martha's Gardens which was the site of the second event of the day. 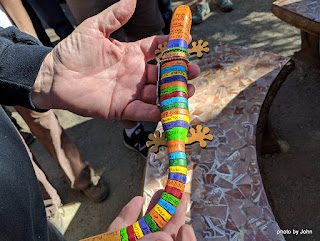 The "logbook" at this event took the form of a multi-segmented wooden lizard which people signed until the lizard ran out of room! 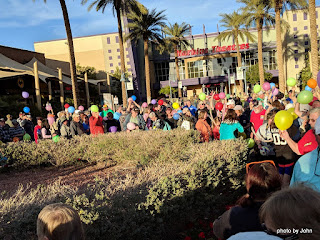 Late that afternoon, there was yet another event, this time a 'flash mob' near a local theater. It was amazing to see how many people showed up for that event. 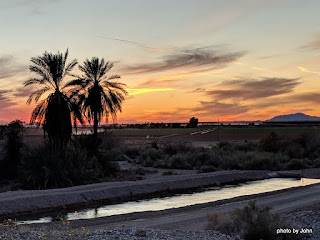 After a long day, I got back to the trailer just in time to watch the sun set as a crop duster worked the fields.
Posted by Just Finding Our Way at 2:30 PM