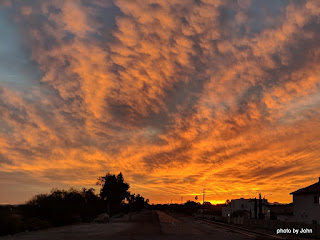 Yuma sunrises are every bit as impressive as the sunsets. This one was taken while waiting for the annual geocoin challenge to start. 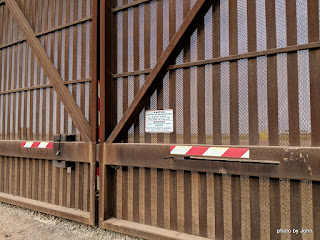 For the past six years, the folks in Yuma have organized a geocoin challenge on the day before the Mega event. They make a list of 20 waypoints around the greater Yuma area, leaving the routing up to the individual. One of the points this year was up against "the fence." I was amazed how much US private property was on the 'wrong' side of the fence. 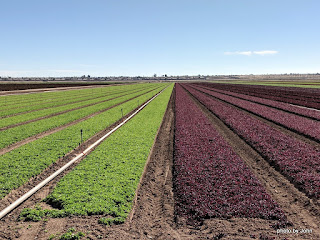 Yuma is known as the winter lettuce capital of the world. You can have your greens (or purples) as you chose. 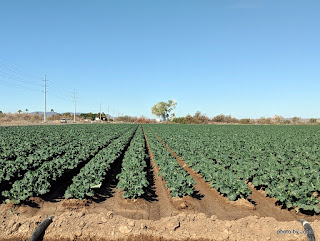 Cabbage was coming off some of the fields I drove by, but I didn't get any pictures of the harvesting process. 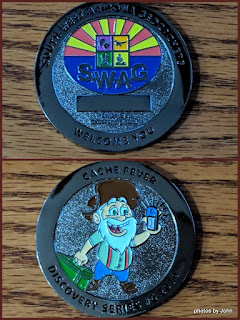 Geocoins are incredibly difficult to photograph since they often had highly polished finishes. This year's geocoin challenge coin featured a 'cache miner' on one side, and the Southwest Arizona Geocacher logo on the other.

If you found the required information at all 20 of the waypoints, you received one of these coins. 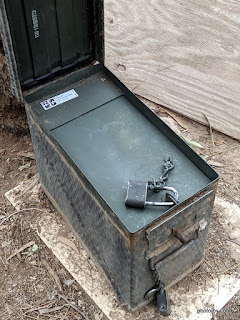 After finishing the coin challenge, I visited a few other caches. This one had two locks and required a visit to multiple locations to solve the puzzle. 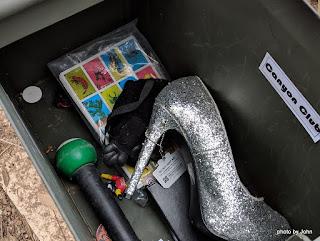 I was amazed to discover a single silver high heel in the cache with a trackable tag attached. I have a hunch it may not move quickly since it's too large for many caches! 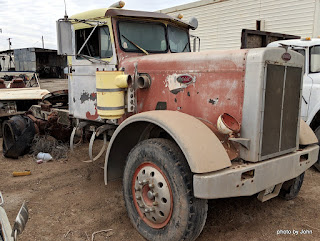 At another cache I spotted this old Peterbilt nearby. Perhaps this is why the cache was named "Dog Pound" 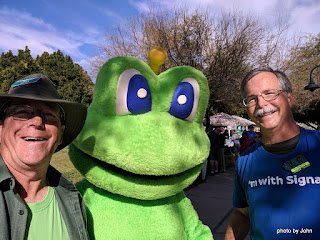 The Mega Event was a blur, talking with friends. I did manage to get a picture with the Geocaching mascot, 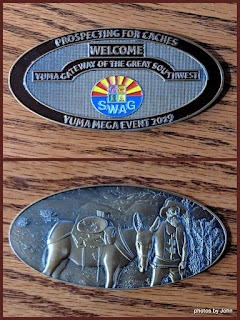 and I bought one of the coins that SWAG created as a fund raiser for the event. This year the coin was oval and had lots of relief on the back side.

It would have been nice to spend a couple more days in town, but it was time to head for home. Thirty-four nights in the trailer this trip.
Posted by Just Finding Our Way at 2:30 PM