It Pays to Have Friends 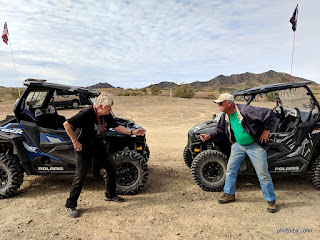 One of the joys of attending a geocaching gathering is the some of the folks bring their "senior wheelchairs" as they're known in Quartzsite, 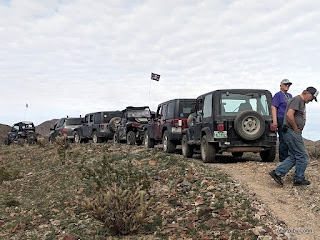 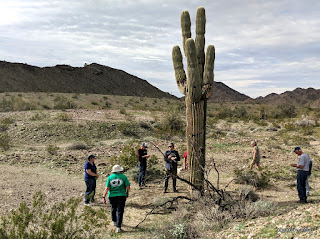 Of course, we stopped along the way to locate geocaches and sign the logs. 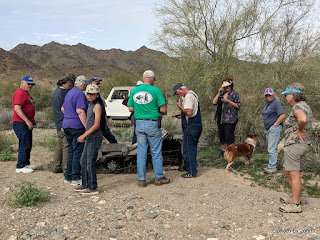 This is typical - people checking their phones or GPS to see if they're getting close while tripping over the unseen geocache. 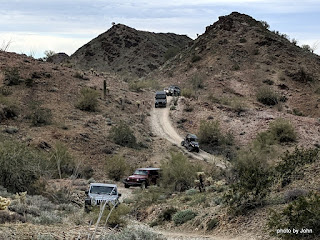 The organizer said no pickups, and I understood why. Much of the road was easy, but there was a corner, a rough spot through a wash, and a couple "friendly" trees that would have been problematic for me. Much easier to ride in the organizer's RZR! 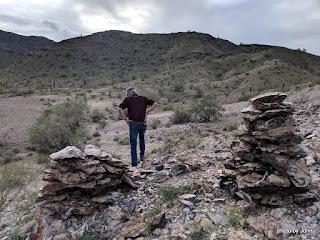 All along the way, there were signs of early mines, with cairns to mark claims, 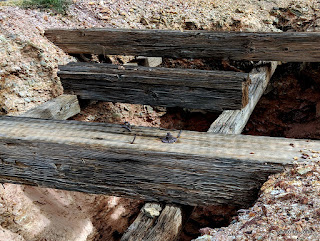 and a couple spots where deep shafts had been created. Two that I noticed had been covered by BLM with steel structures that cameras and birds could navigate. 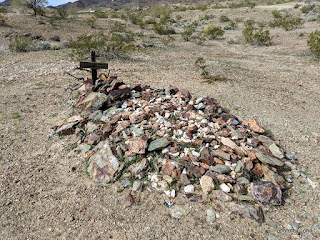 The other thing we noticed were a couple graves, purportedly places where early miners died although names were now unreadable. 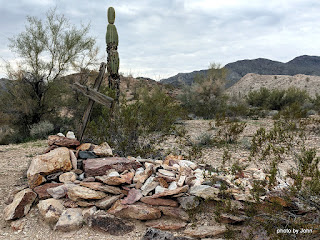 I suspect there are more than just these two, given the rugged country and the potential for amazing heat during the summer. 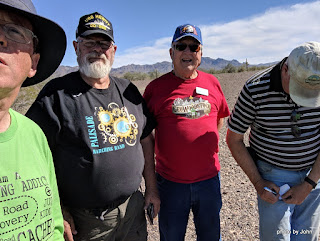 Another day, four of us joined up to find some new caches. Much easier working together, although I'll admit I met the fellow 2nd from the left while out snagging some First To Find a few days prior. Washington, Oregon, Montana, and Arizona represented here. 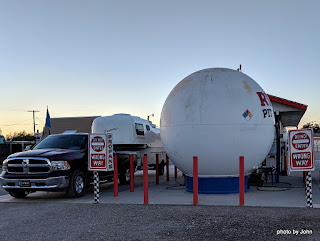 With that geocaching gathering done for another year, it was time to head back into town to everyone's favorite place - the RV Pit Stop. Filled the LP tank and emptied some other tanks before... 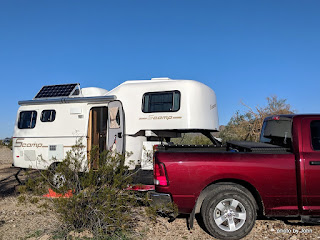 setting up camp on the west side of town for the next gathering. This time, we're joining the early version of the annual Fiberglas Rendezvous. We've been attending this gathering for years and it continues growing. On Friday, one full week before it is scheduled to officially start, there are already over 40 trailers here, and that's just where I lost count.