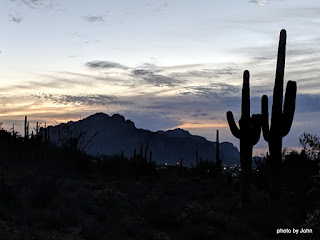 My new Fitbit has been nagging at me, insisting I get more active, so I headed out for some geocaching which helped for a day. That evening, several new caches published, all nicely lined up along a trail in the foothills. Now I had a plan to keep the nag happy for another day. The sun was supposed to be making its appearance, but clouds were trumping it. Hardly enough color to bother with pictures. 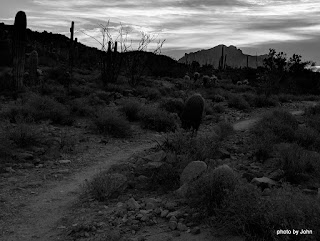 This was a section of trail I'd never used before. Most of it was very good except for a couple short stretches. The nag said there were 26 floors involved, but I didn't sense that much elevation change. 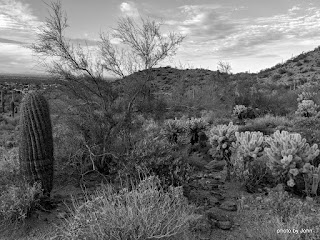 The pokey stuff was out in force, but I managed to avoid all of it. 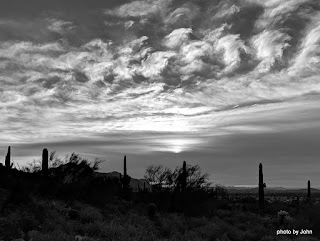 The clouds were doing their best to keep the sun from showing its face, but in exchange, the cool breeze was using the clouds to paint the sky with interesting patterns. 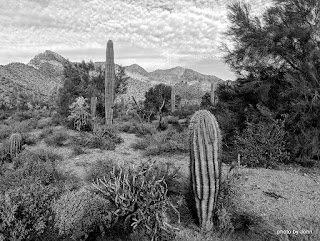 Finally, over two hours after I started, the sun peeked out from behind the clouds, warming my back as I approached the end of my hike.

First to find on five caches, a delightful walk on an interesting trail, and a nag that's happy for another day. The best part is that I can now blame the nag for my geocaching.