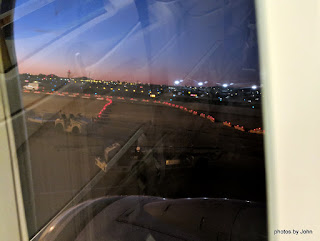 It was time for standby roulette. This time I got to watch the sunrise from inside the plane! The destination was Anchorage which this time of the year means double the challenge with a plane change in Seattle. 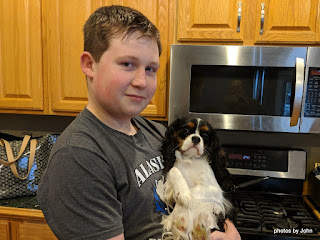 It's been waay too long since we've visited the family in Alaska. BJ decided that she wasn't willing to risk her back with the long flight, so I headed north to spend a week with the grandson and his dog. 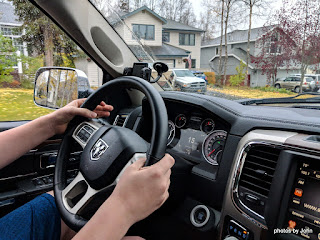 The learner's permit had to be demonstrated. I was really impressed! I'm sure I didn't do as well when I was his age. 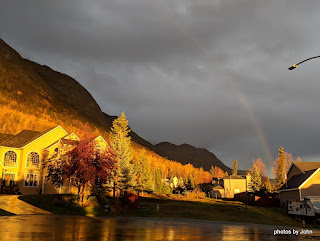 The weather called for rain each day, but we had an amazing amount of sunshine mixed with the occasional shower. Overnight temps were starting to flirt with freezing, with daytime highs in the mid 60's most days. 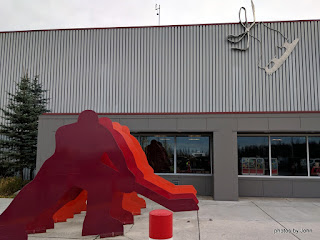 There was essentially three parts to life in Alaska. School, hockey (games & practice,) and other stuff like homework, eating, and sleeping. We spent a bunch of hours at the local arena as well as a trip to Anchorage for a game. 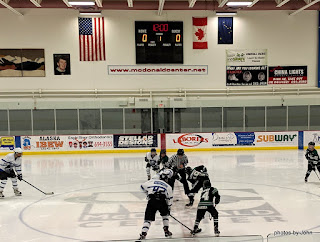 I don't know much about hockey, but I recognize effort and hustle. He played three games while I was there. 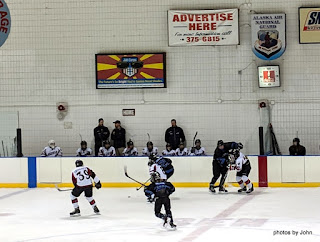 At times I wondered if he was the enforcer. 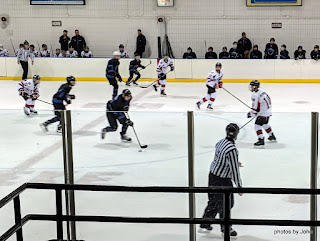 They were the home team in white for a couple games, and wore black as the visiting team in Anchorage. 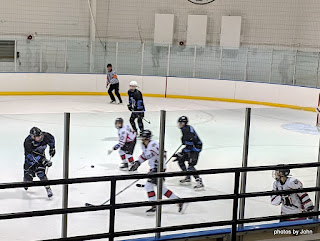 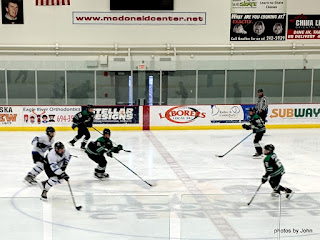 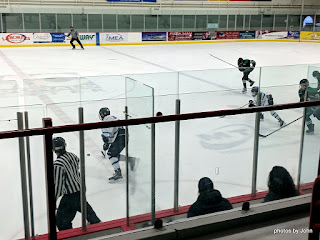 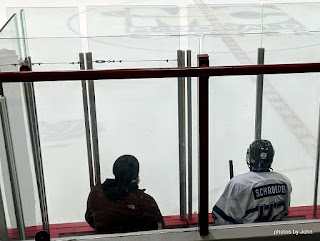 He was even selected for an opportunity to chill out once. :-) 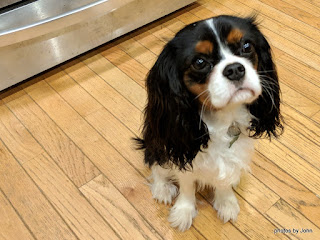 I got to spend some quality time with the granddog as well. Winston is really smart and quickly had me trained!

I'm looking forward to the family visiting Arizona over Thanksgiving, and Winston gets to come along.
Posted by Just Finding Our Way at 2:30 PM