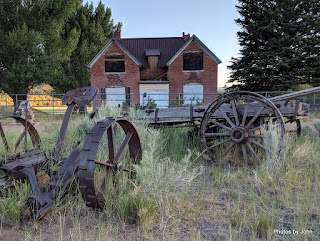 I love wandering the back roads of Utah in the early morning. Spotted lots of rabbits and four deer as I approached this abandoned house. It used to be home to the farmers who also took in boarders working some of the nearby mines. 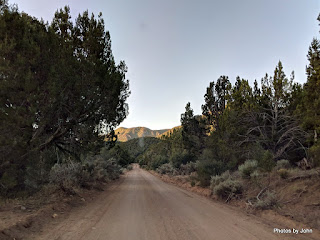 The next series of caches were some that I've known about, but only recently met the requirements of the various challenges. The road was in great shape for much of the way, but did have some deep ruts in spots and was clearly a road to be avoided when wet. I'm glad I wasn't dragging the Scamp! 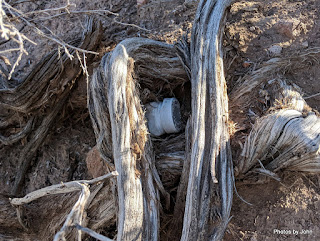 The caches themselves were very uninspiring. Typically pill bottles, but they represented culmination of geocaching milestones. Besides, who could resist caching on the outskirts of a town like New Harmony? 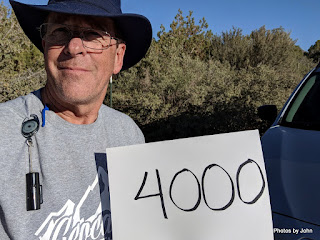 Along the way, I hit a personal milestone. I hadn't been paying any attention until I started planning this trip and realized the planets might come close to aligning. I signed the Four Kay challenge cache for my 4,000th find. 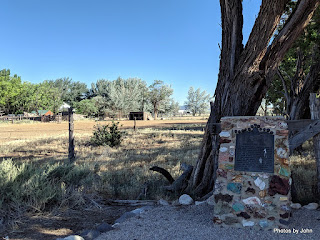 With the challenges out of the way, I started visiting the occasional historical marker virtual cache, 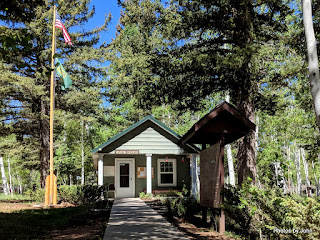 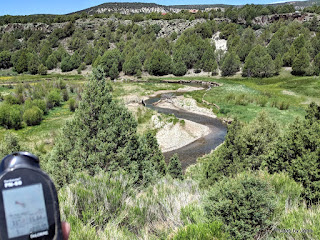 and some earth caches as I worked my way through several Utah counties. 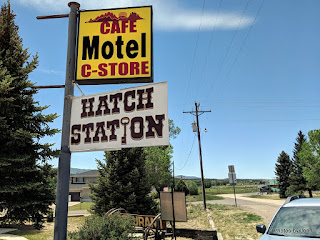 Along the way, BJ and I tested the 'location sharing' functionality of Google Maps. The theory is that she can see on the map where I'm located. When I got home she asked if I'd bought gas at the same station we'd stopped at once before. I was a bit perplexed until I realized that we had in fact purchased gas at a unique station just across the road from where I stopped for a quick cache. 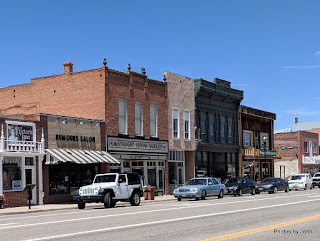 I loved the look and feel of the small towns I wandered through. In this town, a host for a cache I wanted to log was covered by a quilt which seemed a bit strange to me, but a muggle walking by took time to tell me all about their quilt celebration happening that weekend. 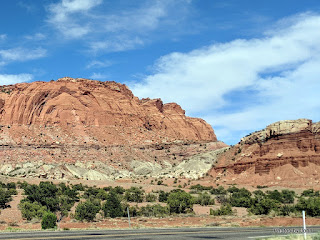 You can't go anywhere in southern Utah without passing by (or through) National Parks and red cliffs, 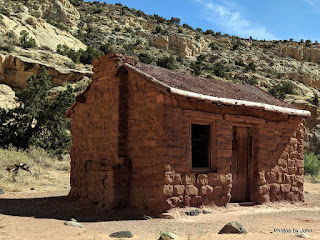 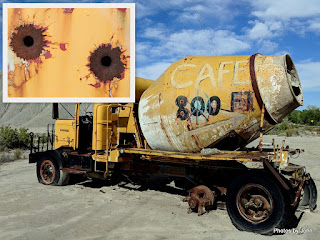 There was a brand new series of three letterbox caches that were supposed to be located on or near abandoned equipment. Unfortunately, in two cases, the 'abandoned' equipment drove away before the caches could be found! This one, on the other hand, isn't going anywhere easily. 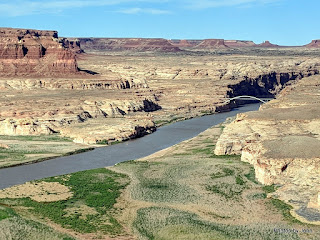 By the time I approached Hite, I was ready for another stop. The viewpoint overlooking the upper end of Lake Powell was picturesque and confirmed that the lake is pretty nonexistent at this end. I did spot a couple rafts drifting down to the take-out after completing the multi-day trip through Cataract Canyon. 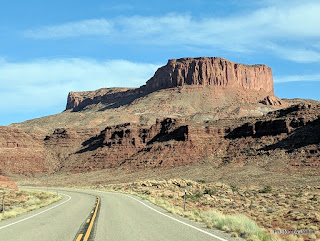 After crossing the Colorado River at Hite, I headed back up onto Cedar Mesa for once last cache. 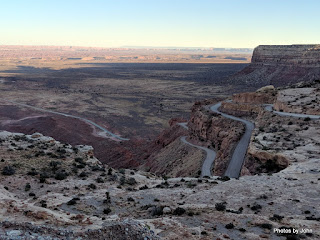 My plan had been to boondock at the top of the Moki Dugway, but the bugs were active. Thinking I may settle for a motel room in Mexican Hat, I headed down the hill. Just as I reached the bottom, I found a bug free spot as the sun set that was a decent spot to spend the night.