All Hat, No Cattle 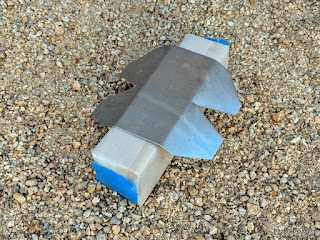 Sometimes I 'need' something that isn't so easily accessible, so I end up getting creative. I suppose I could have 'phoned a friend' but I decided to build my own. I started out with some small pieces of wood, wrapped in plastic and topped with some crude sheet steel butterflies. 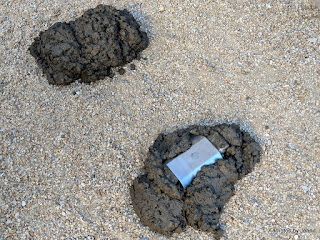 In retrospect, I maybe should have used mortar instead of concrete. If there's a next time... 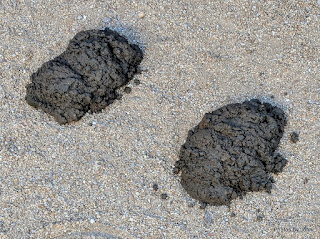 I didn't get quite the effect I was looking for, but I didn't have a cow or enough time to build them naturally. 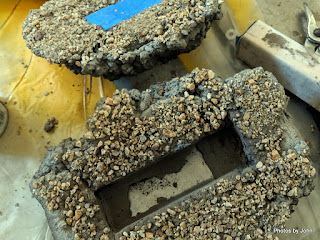 Once the concrete set, the forms were pulled out, leaving space for a preform container. 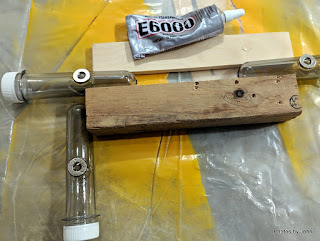 Preforms are what one liter soda bottles look like before they're heated and blown into their final form. They make great containers for geocaching logs. In this case, I wanted to add a magnet to them to hold them in the homemade cow pies. 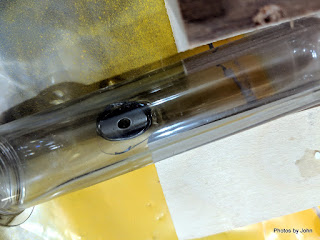 The E6000 glue works wonderfully, but sets just slow enough that the magnets wanted to slide off the tubes when they were on top. After about 10 minutes of babysitting and slowly turning the tubes to keep the magnet on top, I got smart. Since I was doing this on my steel table saw, it was MUCH easier to roll the tube over, putting the magnet on the bottom. 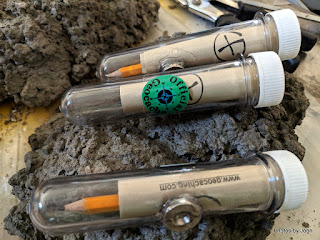 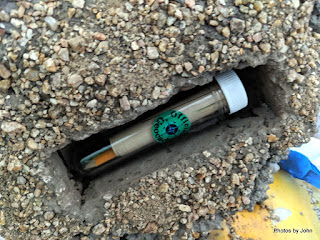 The container was intended to go into place with the magnet facing the top of the cavity, but the rare earth magnet is strong enough it can hold the container in place even when the magnet is 45 degrees to either side thanks to the wings of the 'butterfly.' 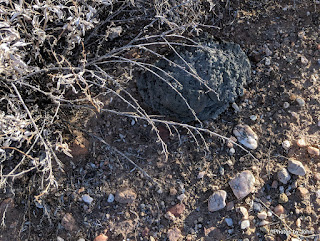 It won't fool a cowboy but it doesn't stick out from a distance. It might slow down a few city slickers while keeping the cache safe. 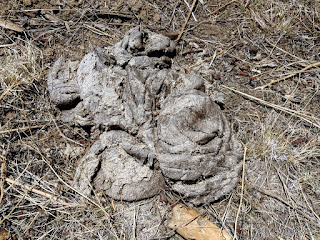 Of course, AFTER I made these and placed them, I found a organic source about 50 miles from home. I'm still trying to decide if I need to upgrade...