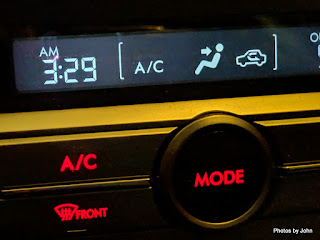 It was early when I left the house in BJ's car for yet another geoquest. 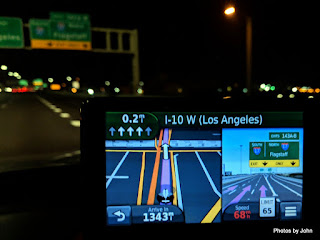 This time, I was headed first to San Bernadino County, California. Since it is home to the Mohave Desert, my intent was to try to get there before it got too hot, since it wasn't my final destination for the day. 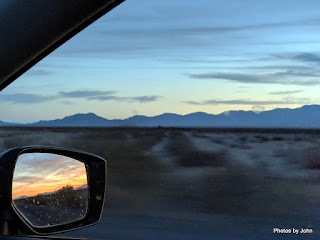 The sun was trying to rise behind me before I got to the Vicksburg exit from the freeway on my way to Parker, Arizona. 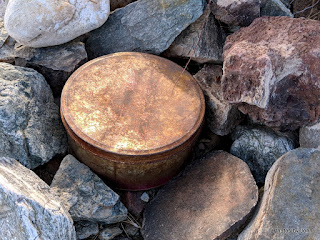 First cache of the day celebrated Wyatt Earp and his time mining around the Vidal, California area. I did a handful of caches at the beginning of the Heart of the Mohave Desert power trail before continuing on my way with lots of miles to cover before the sun set. 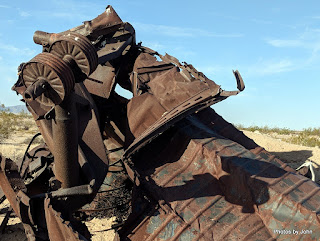 One of my favorite caches of the morning was called Moving Day Gone Bad. I wasn't sure what I would find, but since my youth was spent in the moving business, it seemed an appropriate stop. It was a simple cache, but an interesting wreckage of a 1950s round nosed trailer that had rolled. There were bedsprings and the frame of an old kitchen chair, as well as the landing gear of the trailer that were still recognizable. 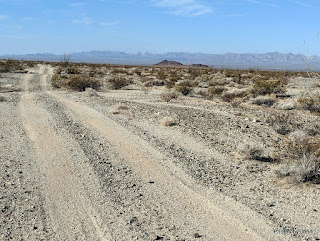 Amazingly, I'd never cached in San Bernadino County. It's the largest county (excluding Alaska boroughs) by land mass in the United States. The county is criss-crossed by little used gravel roads which lead to all sorts of fun, but I was northbound, sticking to Highway 95. 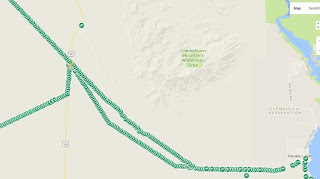 Geocachers have taken advantage of that space and minimal traffic to create a couple large 'power trails'. The Highway to Hell series includes over 3000 caches, but I wasn't here for numbers, at least not massive cache numbers. I was here to tick off three counties that were stopping me from submitting a specific cache for publication. I did pick up 3 H2H caches that were along Highway 95, just to say I did. 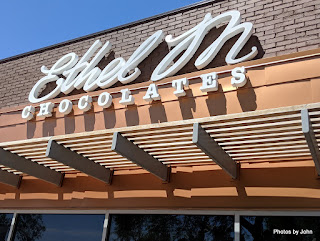 Las Vegas is home to a number of virtual caches, but only one was convenient to my efficient route through town. As long as I was snagging the cache, I also picked up a package from the gift shop for my understanding wife who was home doing more of her PT appointments. 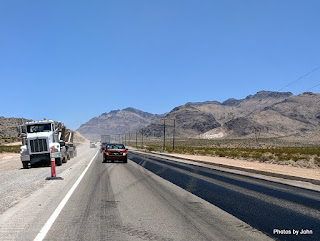 North of Las Vegas on Highway 93, things slowed down for a bit for road construction. One lane for traffic, and the shoulder for bottom-drop trucks hauling asphalt. My next goal was Lincoln County, Nevada. 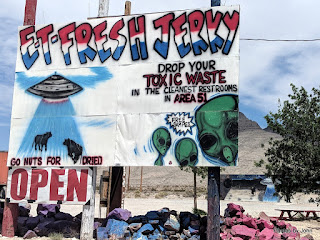 Lincoln County has a little section of it that abuts Arizona, but it's greater(??) claim to fame is as an access point to Area 51 and associated aliens. 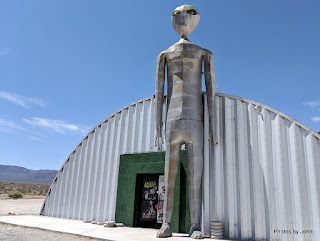 Crystal Springs leverages the only claim to fame they have, but yes, I did stop and buy a tee shirt. 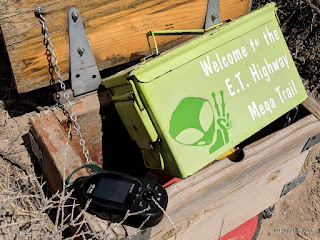 They're also home to the beginning of the E.T. Highway. E.T. Highway is a world famous power trail with a couple thousand caches that starts here and wanders west to Nye County where there are many other power trails. 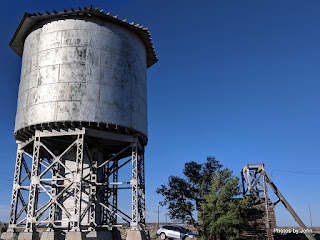 I signed the logs in the caches in "downtown" Crystal Springs and then continued north and east. The plan was to boondock for the night near Panaca Summit on Highway 319 before departing Nevada for Utah, but there was still time before sundown, so I kept going to Modena, Utah and beyond. 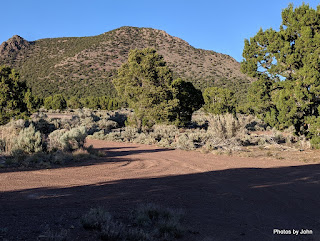 Home for the night was an area at the top of the pass east of Newcastle, Utah with a nice view of Silver Peak. This spot was especially nice because of the trees that shielded it from view of the highway and the good AT&T connectivity that gave me a chance to log the day's 48 caches.
Posted by Just Finding Our Way at 2:30 PM