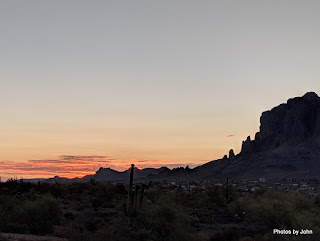 As usual, I was out of the house and on my way as the sun was developing its glow behind the Superstitions. I like it because it's cooler (that's a relative term!) and quieter that time of day. 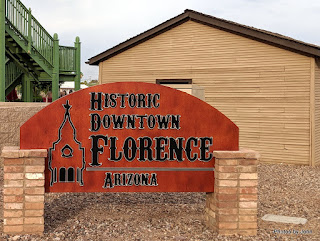 One of the goals for the day was historic downtown Florence. Florence is one of the oldest non-native settlements in Arizona. Founded in 1866, it serves as the Pinal County seat. 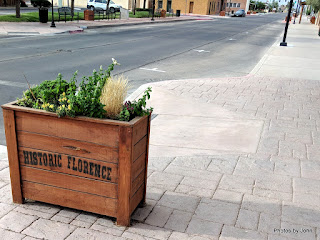 The town has done a lot of work to beautify the downtown area. You can see the advantage of an early start. The sidewalks have been unrolled, but the majority of the townspeople are still on their first cup of coffee. 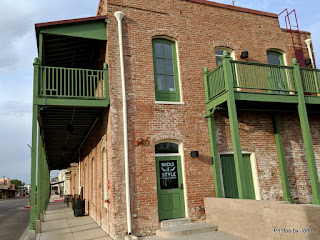 Among other things, I wanted to do a Wherigo cache that highlighted some of the historic buildings in Florence. According to Groundspeak, "Wherigo is a toolset for creating and playing GPS-enabled adventures in the real world. Use GPS technology to guide you to physical locations and interact with virtual objects and characters." 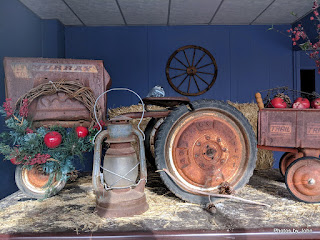 Along the way, I spotted a few memories in the window, but mine was a red International tractor. 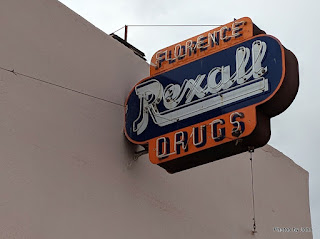 Of course, I had to take note of a fine example of neon advertising along the way. I've not been there at night, but I suspect this sign still works. 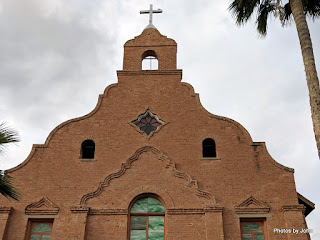 The large buildings in town, including the Catholic church, are constructed of red clay brick. although some of the earlier buildings are adobe. 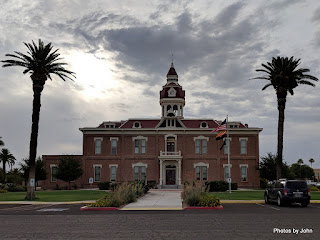 I'm enamored by the former courthouse. It's been restored, and the offices are now used by the county supervisors. The clocks on the bell tower never operated because they couldn't afford clockworks, so the hands are painted on, and are correct twice each day!

It was a nice, quiet tour of town and then I was on my way to goal #2 for the day which wasn't very interesting.