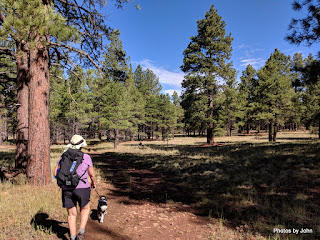 We headed to Flagstaff in hopes of cooler weather and a chance to do a little hiking in the trees. 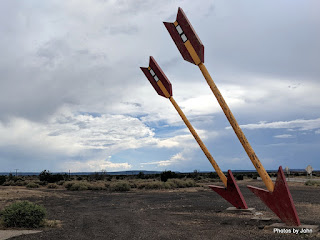 We stayed at the Twin Arrows, more or less. 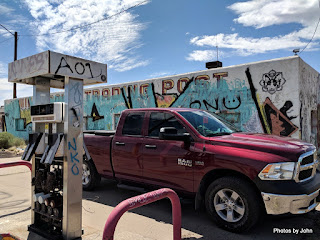 The version on the south side of the road doesn't have fuel, but does have lots of artistic visitors. 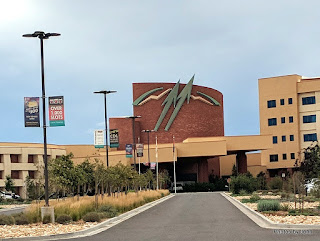 The version on the north side of the highway is much nicer, but the parking lot has a fair amount of slope AND we wanted to be able to drop the trailer while we were wandering around the area. 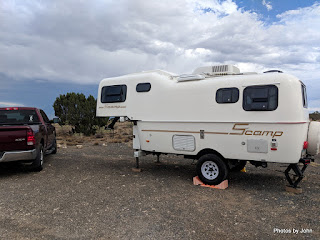 We ended up boondocking (as was the plan) on the south side of the highway about 1/2 mile from the original arrows on state land. The junipers aren't as classic as the tall pines in other areas but they have their own appeal. 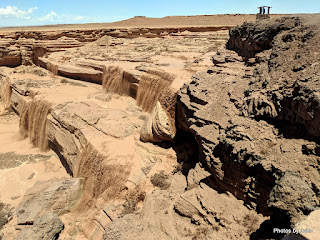 We made the drive out to see Grand Falls since it would be flowing thanks to the monsoon storms. Grand Falls was created by a lava flow that dammed the Little Colorado river. It only flows during the spring runoff and after monsoon storms. 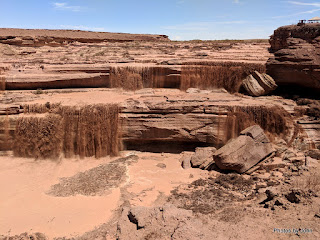 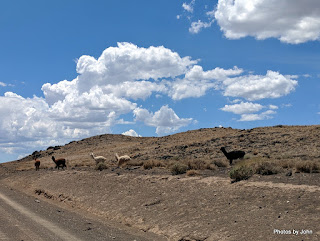 The road includes about 10 miles of gravel. We took one route in and another route out. Both were very washboarded. Other than the falls, the highlight was the small group (how big does a group need before it qualifies as a herd?) of llama that decided to cross the road in front of us. 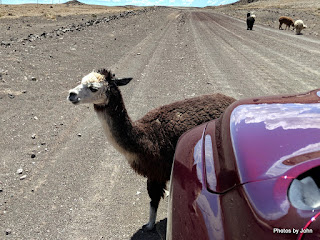 I assumed that llama would be sheared like sheep, but apparently not. 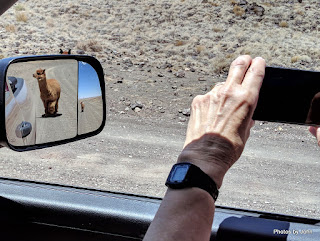 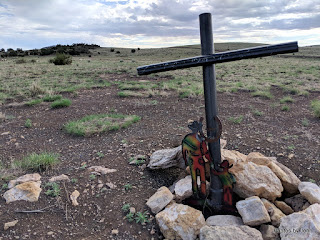 While driving an old stretch of Route 66, we came across this memorial. No name or story other than the big and little cowboys, hand in hand.

We both decided that we need to come back and spend more time in the Flagstaff area.