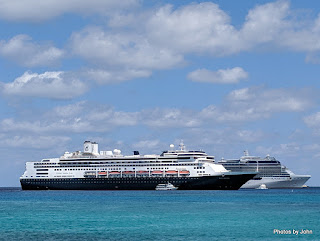 Our visit to Grand Cayman was the only port where we used tenders between the ship and the dock. We didn't have any specific excursion booked for this stop. Our plan was to use the local bus, aka shared taxi, system. The onboard port expert insisted that we would need Cayman Island dollars to pay the fares so we made a stop at an ATM first. Turns out they would have accepted US Dollars as well. 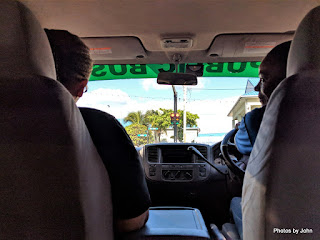 Fares are fixed as are the routes. $2 Cayman or $2.50 US each direction would take us to the end of the line for either Route 1 or Route 2. 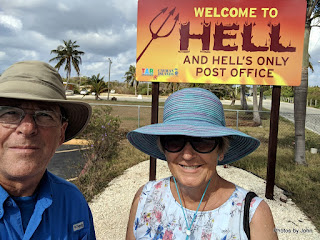 Our first destination of the day was the town of Hell. It's a little enclave but sports its own Post Office which is rather big busines given the name. There were three geocaches within about 100 yards. 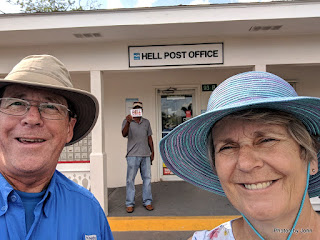 For 25 cent Cayman we could sent a post card, so a few people got post cards although I was shocked to realize the number of people whose addresses were not in my phone. 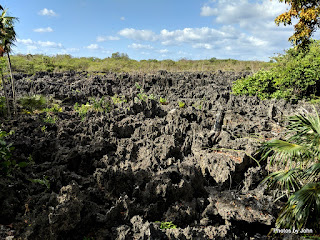 The area got its name from this small area of eroded limestone that supposedly looks like frozen flames. It looked sharp to me! 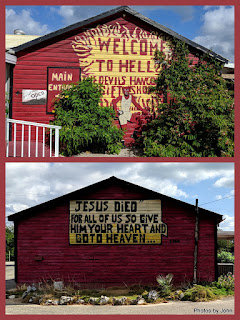 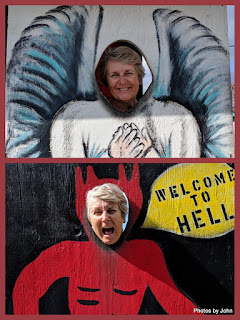 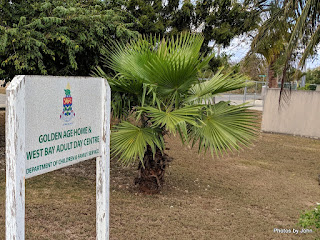 The residents seemed as conflicted as we were. 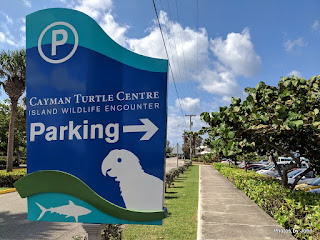 After visiting the three geocaches in Hell, we walked a short mile to the area near the Cayman Turtle Center where we completed the requirements of three more caches. 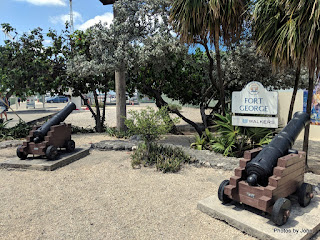 Another bus ride back to town took us past a long row of resorts before dropping us at the bus terminal about a block from the minimal remains of Fort George.

A couple more geocaches, a nice lunch overlooking the beach, a bit of shopping for BJ, and it suddenly was time to raise anchor for the (first &) last time for this trip.
Posted by Just Finding Our Way at 2:30 PM