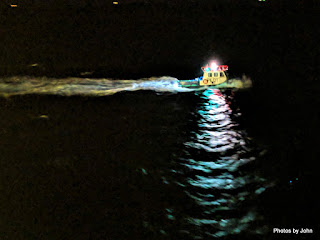 It was still very dark when the Pilot boat approached us outside of Curacao, and the swells were such that he was occasionally taking waves over his bow. We were making our approach earlier than normal, hoping to beat the wind that would add to the challenge of threading the Rotterdam through the narrow channel of St. Anna Bay to Schottegat Bay where we would turn around. 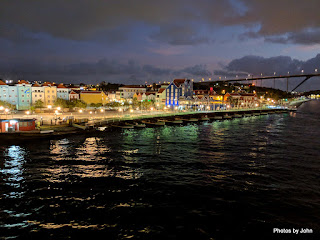 But to get there, we first needed to pass through the Queen Emma floating bridge that was originally built in 1888 and under the Queen Juliana bridge. 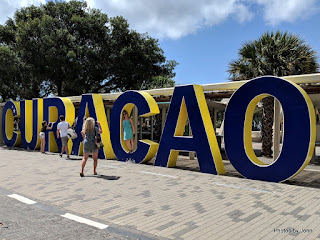 Both Curacao and Aruba have these massive signs, just in case you forgot where you are. It was impossible to get a picture without people. 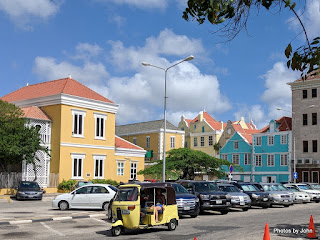 The beauty of Willemstad were the old buildings, painted in all sorts of pleasing colors. These buildings date back to the 18th and early 19th century. 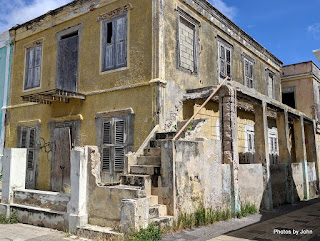 Occasionally you would see one that had not been restored, but most of them had been reinforced so that the walls would continue to stand until a building owner could come up with funding for restoration. 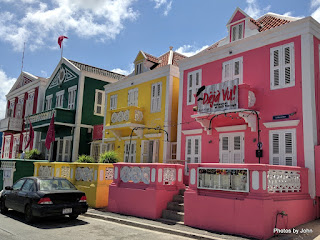 We were told that these buildings had once served as warehouses for trade between South America, the Caribbean, and Europe. They now serve as homes, shops, and restaurants. 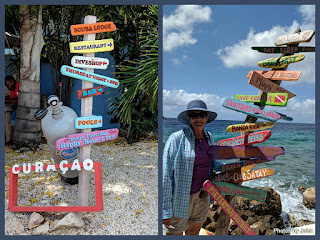 As we wandered a bit further from the core of the original development, we started finding small boutique hotels, dive shops, and hidden restaurants and bars. It reminded us in many ways of Bali. 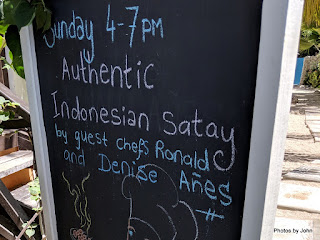 This little place caught our eye, not only because of the ambiance, but also because of the chalkboard on the BACK of the restaurant's sign. Unfortunately, we weren't there on a Sunday, but it did seem like a wonderful excuse to go back again. 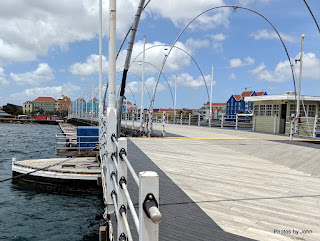 The Queen Emma bridge intrigued me. The locals refer to it as The Swinging Old Lady which I could understand. The other end is attached to the far shore. There are a series of floats that look like boat hulls to hold it up. The hull nearest this end is fitted with two engines and propellers to power the bridge open or closed. 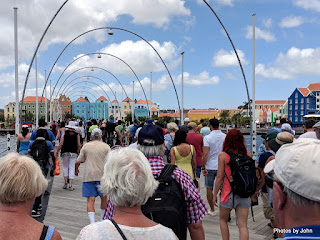 When it was originally built, it was a toll bridge. The toll was only charged to people wearing shoes since it was assumed they could afford the toll. Turns out the rich would take off their shoes to save some money while the poor would wear shoes to prove they weren't that poor! 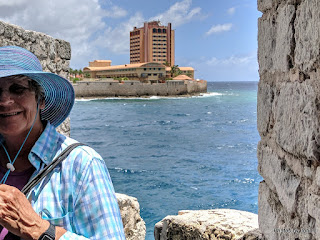 There were once fortresses on both sides of the entrance. The stone remains, but they're now home to shops and other commercial establishments.

I didn't know what to expect of Curacao, but found delightful surprises around each corner. This is a place that needs some serious exploration!