Sunshine on the River 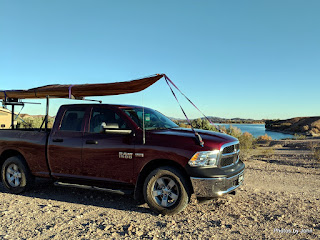 After my business was done in Algodones on Thursday morning, I headed north on the California side of the river to Senator Wash to do a little paddling and geocaching. In addition to the Imperial Dam Long Term Visitors Area, there's a BLM 'campground' at Squaw Lake, but it looks more like a parking lot. I elected to camp on the North Shore which is also a BLM campground with fees but without designated campsites. 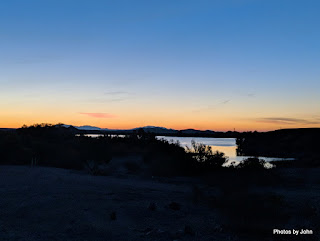 The long gravel drive with a couple reasonably steep sections does a good job of dissuading too many people from coming this direction. There were several good waterfront sites on Senator Wash Reservoir available when I was there. $15 per night with a 50% discount for the senior pass. The sunrise was pretty special, too. 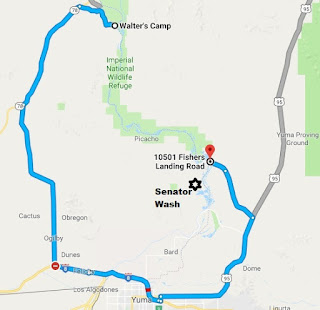 Friday morning I started back around to Fisher's Landing on the Arizona side of the river. 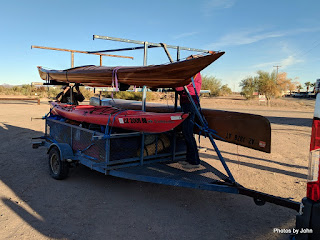 This is the 11th year that Helen has done her Friends of Helen trip over MLK weekend (and the 9th time I've done the trip.) We've always used Fishers Landing as our takeout point, but this year their ramp was closed for construction. We still used their parking area for organizing our shuttle.

The shuttle to Walter's Camp is right at 100 miles long - not a fast shuttle! 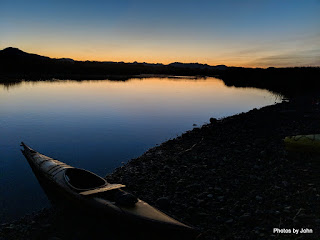 Sunrise at Walter's Camp. I elected to take the kayak this year because it's hung in the garage for two years without getting wet. 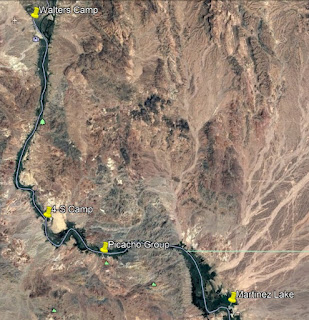 Much of this section of the Colorado river is surrounded by wildlife refuges that do not allow camping. Walter's Camp is on a BLM lease across the river from Cibola National Wildlife Refuge. Downstream, Imperial NWR is the predominate land manager until you get to Picacho State Recreation Area (PSRA) on the California side of the river. 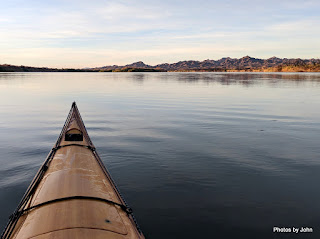 I didn't take many pictures on the river since my only camera was my phone. As is normal for me on this trip, I launch early and enjoy the solitude on the river. The first day is a bit over 15 miles to the PSRA 4-S boat-in camp. 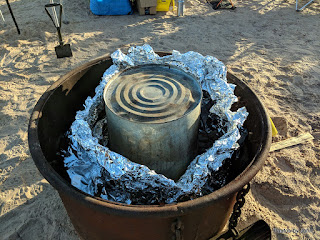 For the tenth year, trash can turkey was featured for dinner our first night. This year there was a fair amount of breeze so we leveraged the fire pits as wind breaks. Two 14 pound turkeys were done in less than an hour and 45 minutes. 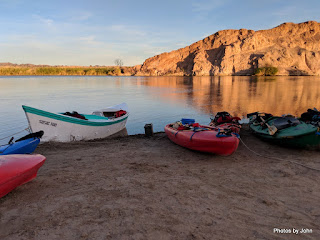 As the sun sets at 4-S, the light turns golden on the bluff across the river, but I was too busy with the turkeys to get a picture at the optimal time. 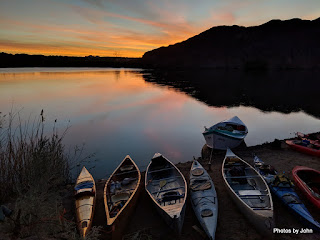 Instead, I settled for sunrise. Typically, I don't carry a cell phone on this trip, but this year, the cell phone was my sole source of decent photos. I was really surprised to see that I got enough signal here to post a picture to Instagram. 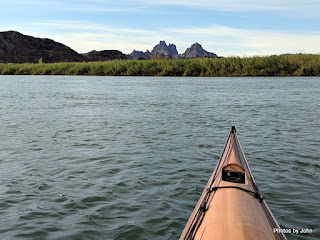 The second day on the water is the short day, with less than seven miles from 4-S to the group boat-in site at PSRA. We had breeze most days, but typically it was a tailwind. 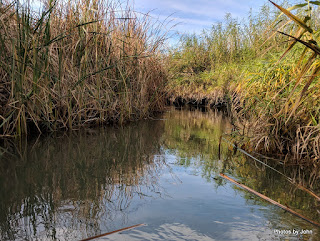 I ducked into the entrance to Taylor Lake. I would have gone further but I didn't bring my GPS on this trip. There are two or three geocaches in the Taylor Lake area that I may find one of these days. The coots love the reeds. They eat them off at the water level and then hide in/under the reeds. 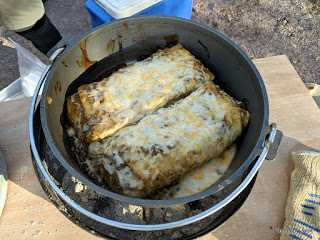 I was going to fix dinner, but friends were making chicken enchiladas in their dutch oven and I got to share. Most excellent! 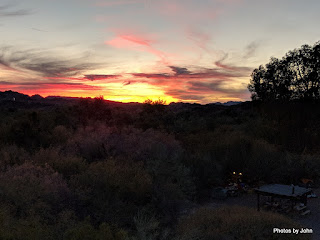 Sunset over the group site at Picacho. In addition to the group site, the other advantage of this location is that the campground has solar heated showers. Bliss! 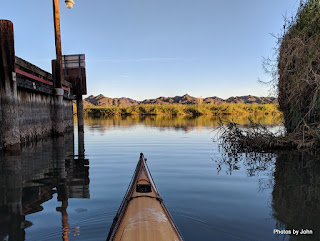 No sunrise pictures on the last day since the camp is hidden from the horizon, but coming out from the side channel to the river, it looked like another beautiful day.

I was surprise by a bobcat trying to catch a coot (who surprised me when it jumped in the water right beside me) as I drifted on down the river towards our takeout. 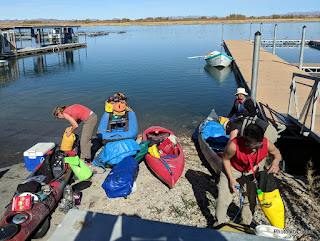 Since the boat ramp at Fisher Landing was undergoing heavy maintenance, we took out at Martinez Lake for the first time, and then walked over to Fisher's Landing to pick up the truck.

Yet another wonderful trip and a chance to meet some new friends. 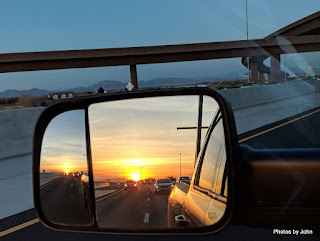 Best of all, I got one more sunset in the rear view mirror just before I got home.

The boat's been washed and hung up, the gear is washed and put away, and now it's time to start thinking about Quartzsite friends.