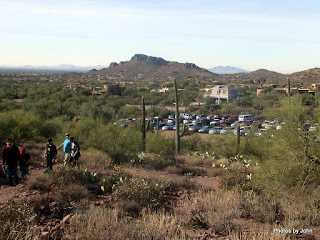 On January 1st, we had the same idea as a bunch of other people. I'll admit, about 20 of those people were geocachers, but I didn't expect the parking lot to be as full as it was. By the time we returned, the lot was double parked, and there were cars all along the road obstructing access to the No Parking signs. 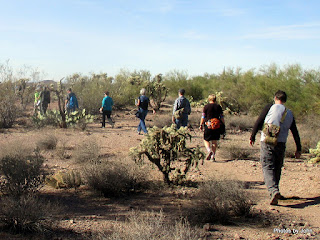 This particular trail was all new to Spencer and me, and over half of it was new to BJ. 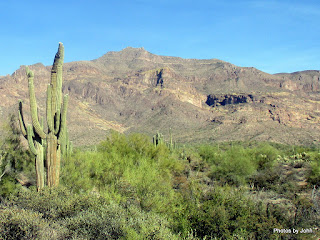 Like nearly any other trail around these parts, there were interesting view of the desert and the mountains. There was one point where Spencer knew where he was... This trip was about a five mile loop with enough heat to wear out the Alaska kid. 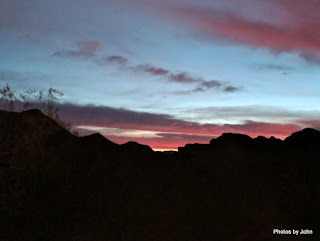 Another day I headed out alone to enjoy the sunrise in Bulldog canyon. 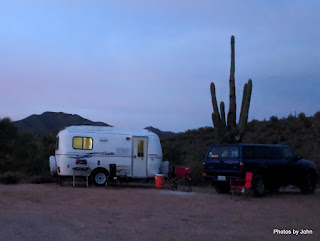 This year there were quite a few folks boondocking along the Bulldog Canyon road. The road was in better shape, but since I didn't have a current permit, I parked at the highway and walked.

I like the beauty and the hiking available in this area, but cell connectivity would be iffy. 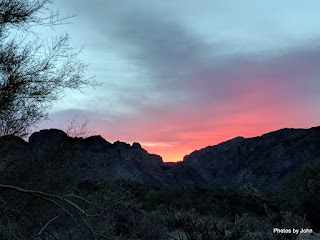 I figured that I'd time the walk (1.5 miles each way) so that there would be enough daylight by the time I got to my initial destination. 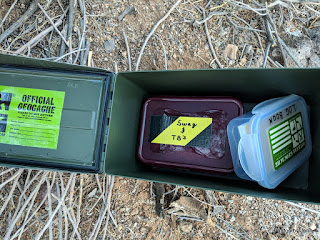 Timed it just right and got there first! :-) This cache was especially nice with an outer container of a new ammo can and two containers inside - one for the logbook and the other for swag. 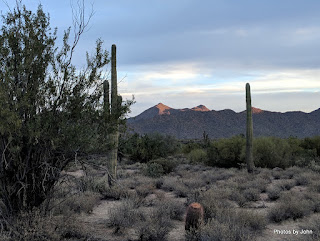 As I headed back to the highway, the sun was started to peek over the ridge, casting light on the eastern face of the hills. A beautiful way to start another winter day in Arizona!