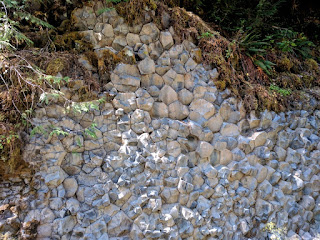 Back to our regular programming...

We left Sutherlin early, heading up the North Umpqua River. It's one of those roads that doesn't show on most highway maps, and it's not fast, but it is beautiful. We've seen lots of columnar basalt in our Northwest travels, but this was the first time we've seen the 'ends' exposed. Very different! 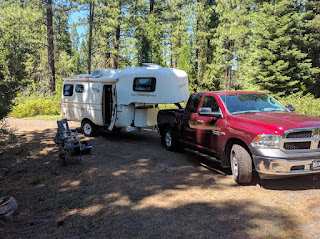 We cut across the north side of Crater Lake National Park, looking for a spot to slip our drive from Oregon to the mountains east of Salt Lake into four more or less equal days. We wanted as much elevation as we could get for our first night since the temps were unseasonably warm. We ended up in a great spot less than an mile up FR3715 at the Quartz Mountain SnoPark on Highway 140. 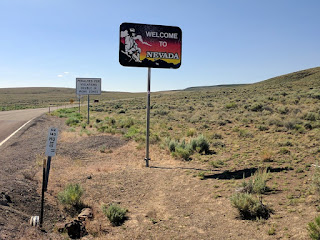 The next morning we visited a cache less than 1/2 mile from our camp and then continued our our way south and east. We passed some folks along the way that I thought were geocaching. We stopped at the Oregon/Nevada border for a cache and they caught up to us. Not every day you run across other geocachers in the wild. 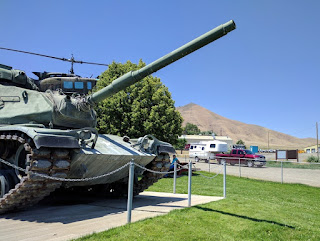 Thanks to geocaching, we tripped into a very interesting memorial park in Winnemucca. They had armament on display representing several major wars, but nothing newer than Viet Nam. Home for the night was the New Frontier RV Park in Winnemucca. Power for the A/C was a priority, and an adjacent restaurant eliminated the need to do dishes. 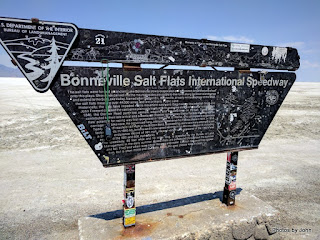 I'd really  wanted to boondock on the Salt Flats but the temps were too high so we ended up staying at the KOA in West Wendover. They know they're the only option and price it accordingly. 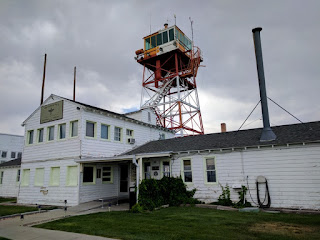 I didn't anticipate the WWII history in Wendover, Utah and West Wendover, Nevada. Apparently, the air base here played a key role in the preparation of the Enola Gay crew. 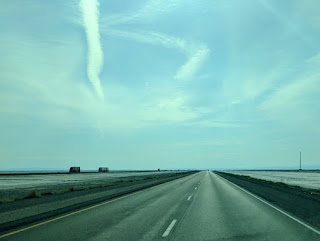 On the last day of our transit, we spent more than a couple hours crossing the Salt Flats. They say it's interesting at night as you can see the curvature of the earth made notable by watching the oncoming headlights rise out of the horizon. 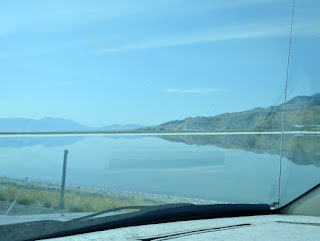 While most of the flats were dry by early July, some areas were still flooded, making for some interesting reflections but nowhere to pull off to take pictures. 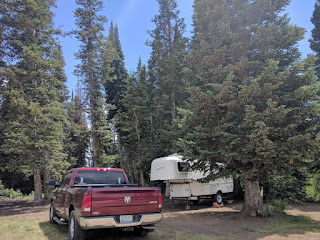 We finally got to where we were headed and found a site at the Lake Canyon Rec Area. With about 9500' elevation we were finally high enough that windows and fans were enough to keep the temps reasonable. It's boondocking but with designated sites and no services.
Posted by Just Finding Our Way at 2:30 PM