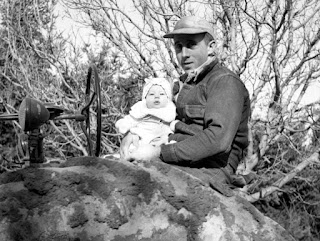 My sister Sallee was the first born in our family - a family that eventually grew to include her and three brothers. 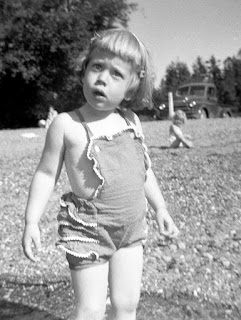 I was the second child, but by the time I came along about 18 months after Sallee, her tendency to question everything was already obvious. She was a young explorer and didn't expect to be stopped. 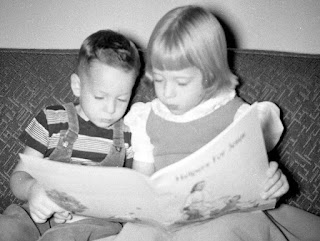 Sallee was a leader and a teacher. She taught me all sorts of stuff, including how to climb furniture, skate, and read. I was very slow learning to speak because there wasn't any need. Sallee would speak for me. 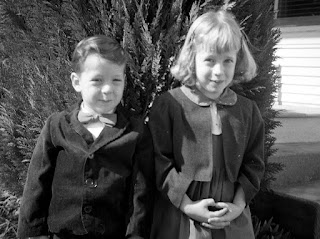 Pretty cute kids if I do say so myself. Easter Sundays were carefully documented in Mom's collection of pictures. 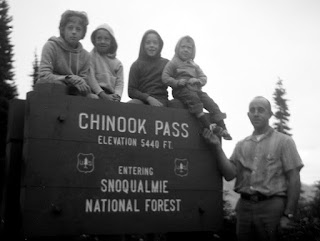 As the family grew, the picture count decreased. About the only pictures were either from camping trips or the pictures for Christmas cards. 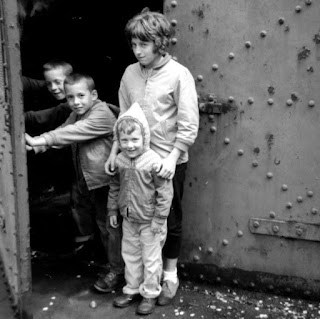 Sallee developed an aversion to having her picture taken, especially if she was surrounded by brothers. 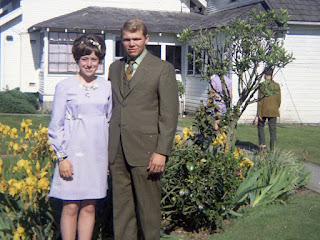 Sallee went away to college and came home with Jim. Turns out, Jim wasn't just a flash in the pan. They married, and spent their entire married life in ministry of one form or another. 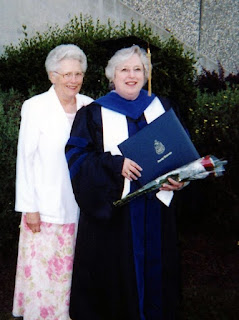 Sallee was the smartest one in the family, maybe because she would actually study. She eventually went on to get her PhD.

I loved having a slightly older sister but hated being challenged to be 'as good' as my sister. I especially enjoyed the one class we took together in college. She got an 'A.' I got a grade that wasn't good enough to transfer! I figured if authors wanted you to read something into their writing they would have said so. 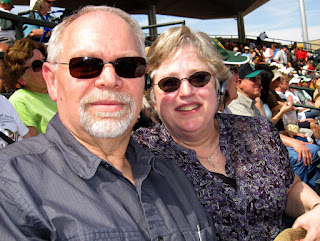 Sallee and Jim enjoyed their life of ministry together.

Last September she was diagnosed with brain cancer which was first noticed when it took her ability to form a sentence - tough for someone who has served as a counselor to ministers and missionaries for the past 20+ years.

Today, Sallee took her last breath on this earth and has gone home to her Heavenly Father. I'll miss her smile.
Posted by Just Finding Our Way at 2:06 PM