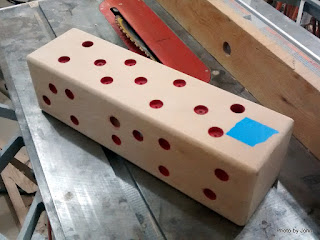 While BJ was being crafty in the house, I headed out to the garage to work on a puzzle cache. I've had a really nice piece of old, straight-grained fir in my stock for years. It's too heavy for boat building, but was going to be perfect for this project. Two pieces that appear to be nailed together. 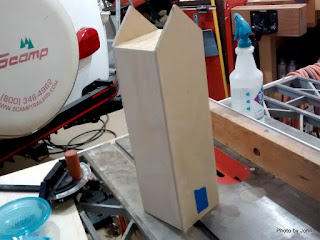 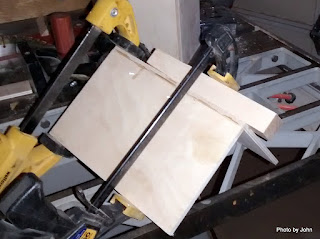 All of the bird house is built from 1/4" Baltic birch that was then varnished to seal it. 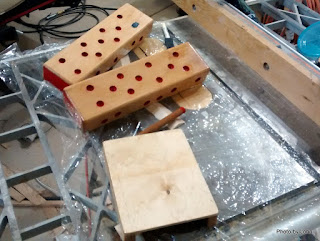 Each spot for a nail was counter-sunk and painted red and then the blocks were finished with three coats of clear varnish. 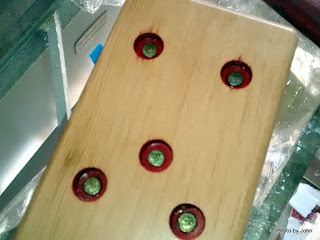 They look like nails because they are - but almost every one was cut short so that they were only for show. The counter sunk concept was to try to keep cachers from trying to use a claw hammer. 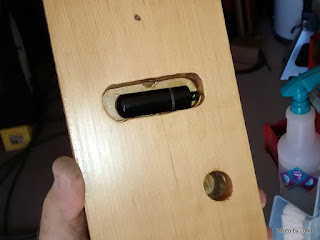 Buried inside is a bison tube enclosing the log. 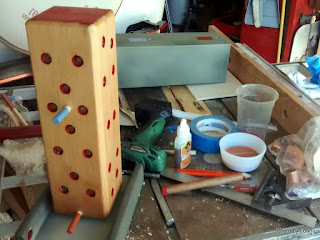 I'd give more details but no sense giving the rest of the design away. 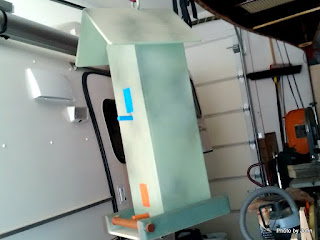 The final product - more or less. It's found a home in a tree near a park, and is seeing some activity. It's always fun to see what the cachers say in their log comments.
Posted by Just Finding Our Way at 2:30 PM