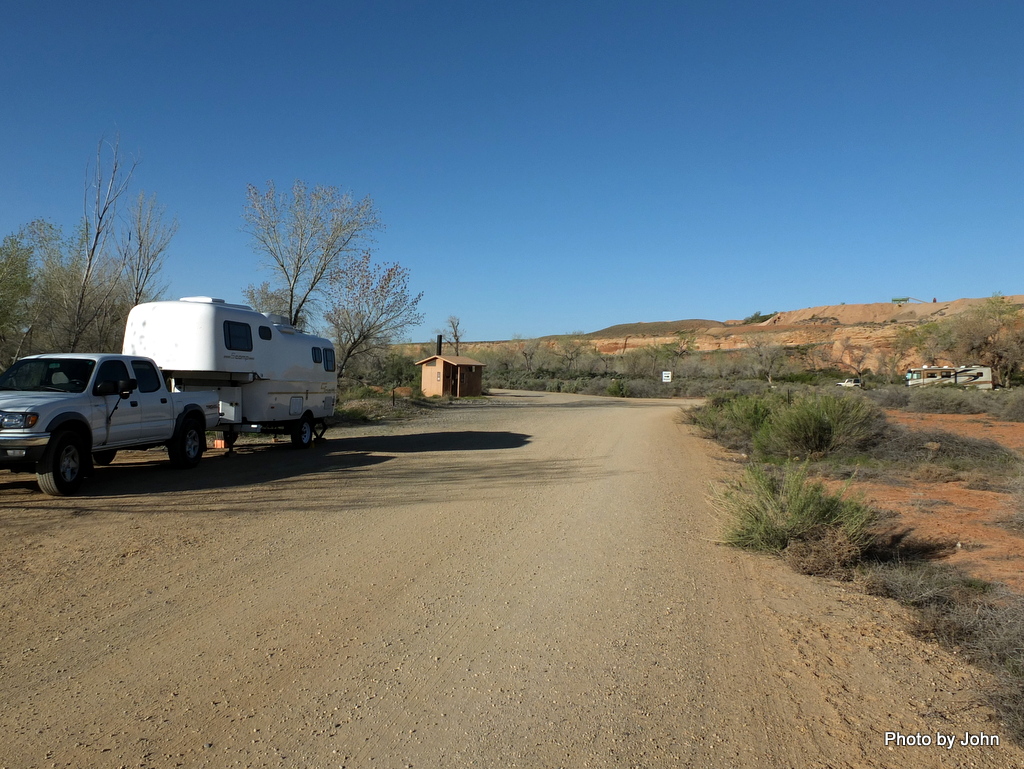 April 14th -- I based at Sand Island BLM campground while I visited the Wolfman Panel and drove the Valley of the Gods road. 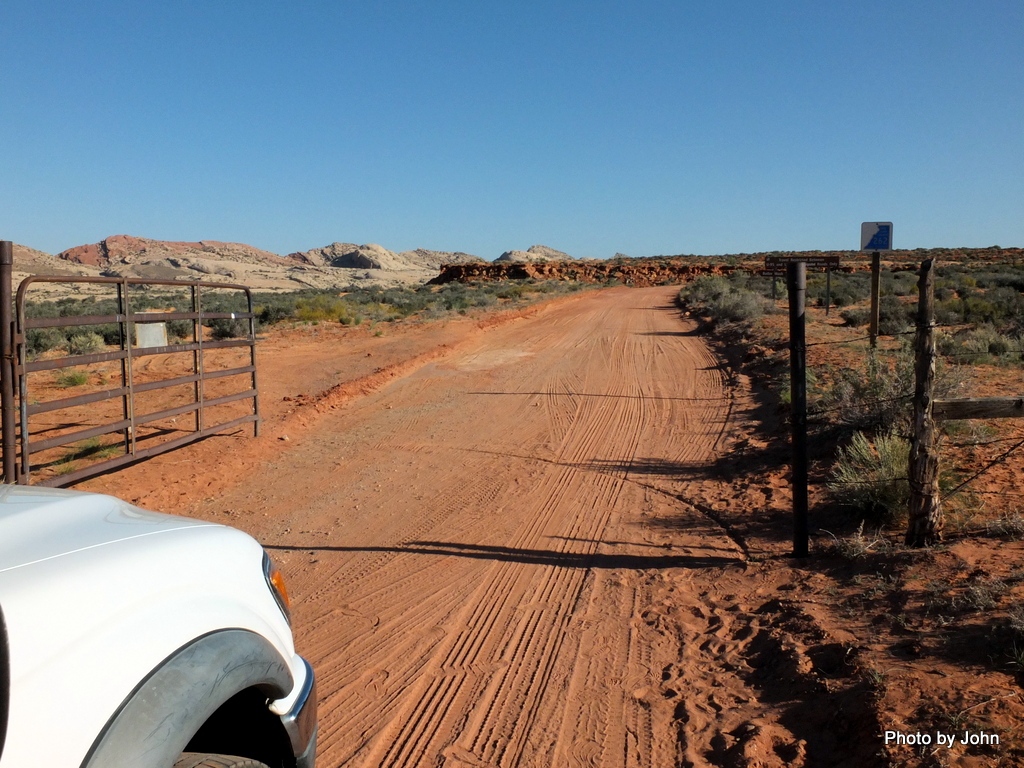 San Juan County road 262 heads north from Highway 163 about 1.8 miles west of the Sand Island road. It is gated (unlocked but close it behind you) and unmarked at the highway, but is exactly across the road from the marked entrance to the Bluff airport. BTW, the Trails Illustrated Grand Gulch Cedar Mesa Plateau map #706, updated in 2013 is incorrect. The airport entrance passes the marked drill hole headed to the southwest end of the airstrip. 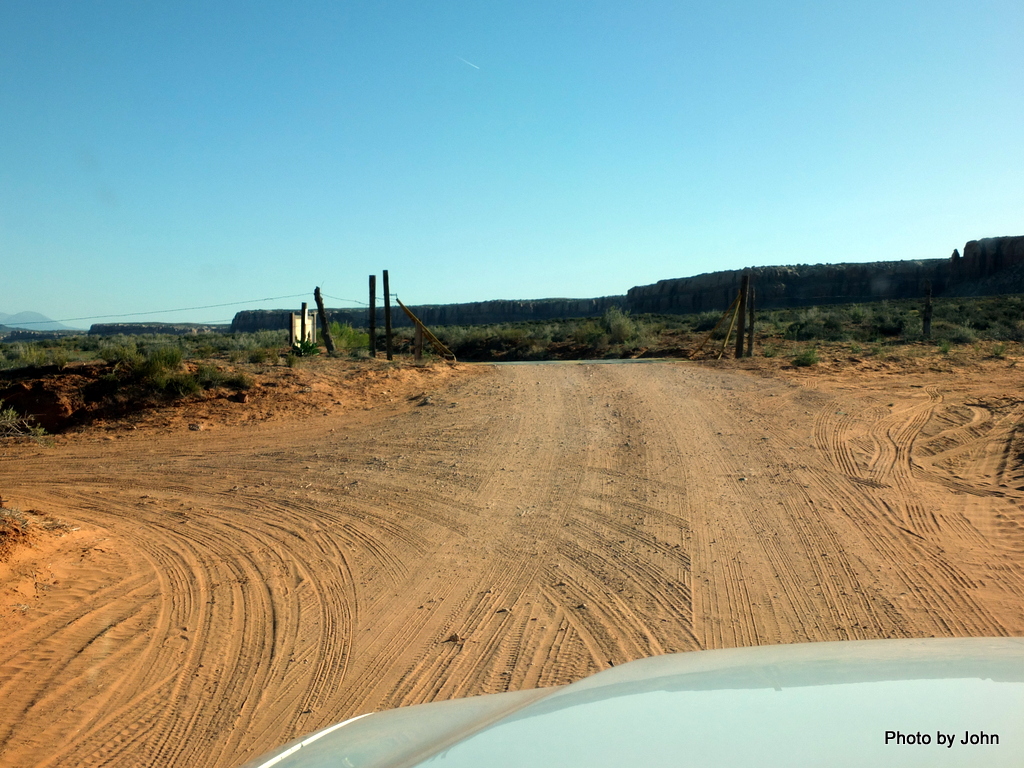 I followed 262 west and then north for one mile to the cattle guard. This is the first cattle guard on the road so it’s really hard to miss. Turn left on the south side of the fence line and drive about 400 feet to a small parking lot. Kelsey’s book says 4WD can continue further, but the track beyond the first parking lot now has posts in the roadway. 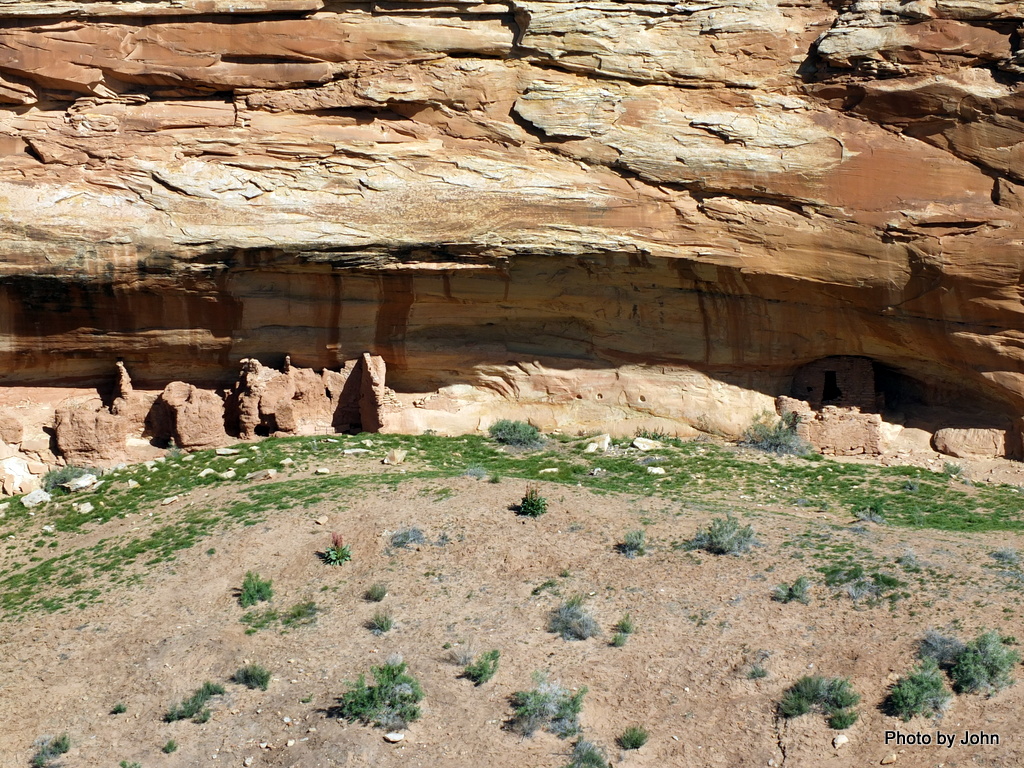 There were a few cairns in place when I visited, but I initially chose to ignore them because I’d heard of ruins on the other side of the wash. As soon as I spotted the top of a potential alcove, I headed that way to spot the remains of some mud plastered walls 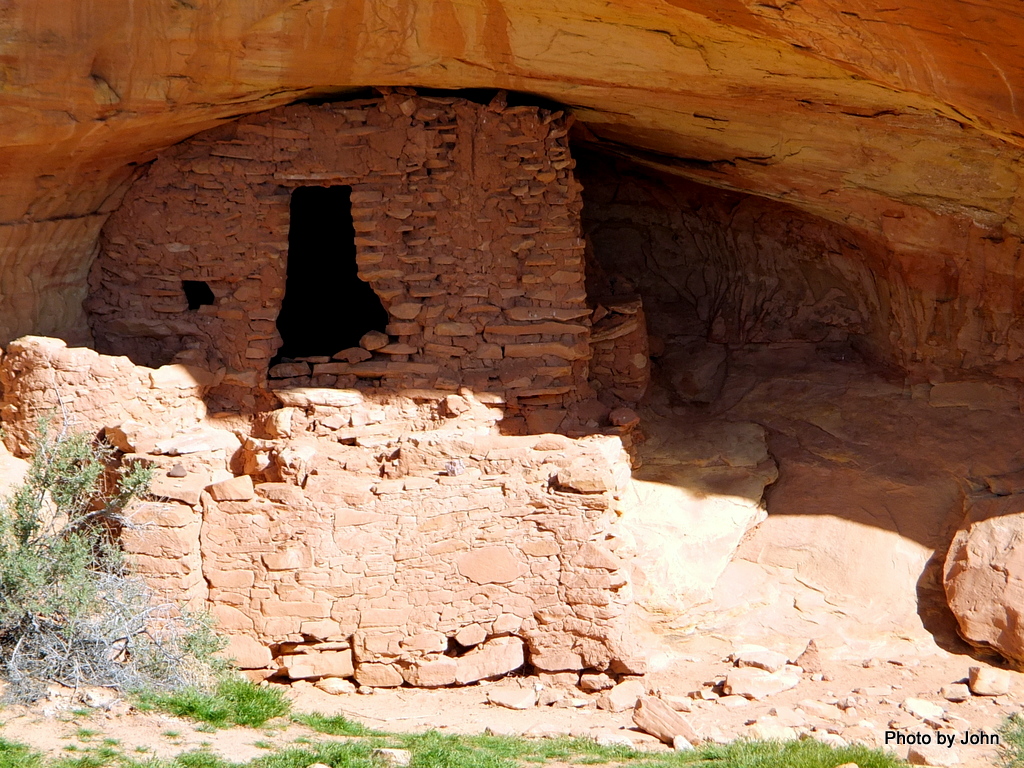 and a very nice structure tucked back into the deepest part of the alcove. 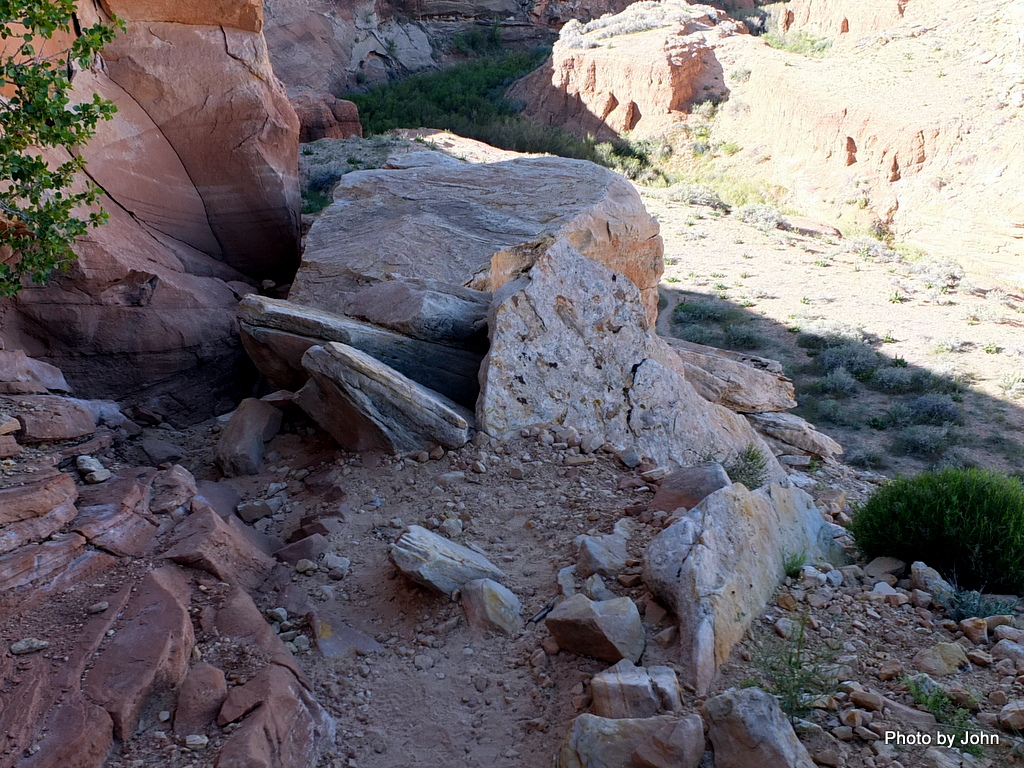 To get to the panel, I found the old cattle trail that heads south down the east wall of Butler Wash. Towards the top of the trail, a large rock now blocks the way. Skinny people may be able to go left. Published accounts suggest you can go right around the rock. I elected to go over it. 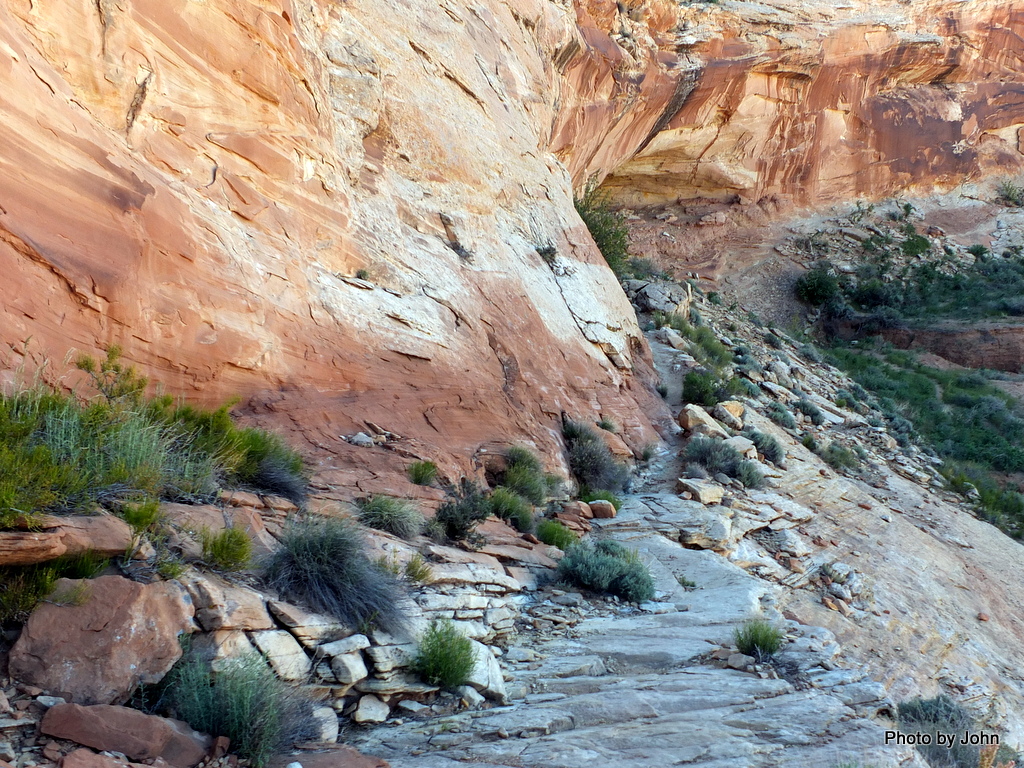 Once past the large rock, an alcove in the east wall is apparent. The famous Wolfman is on the dark varnished wall near the right edge of this picture. 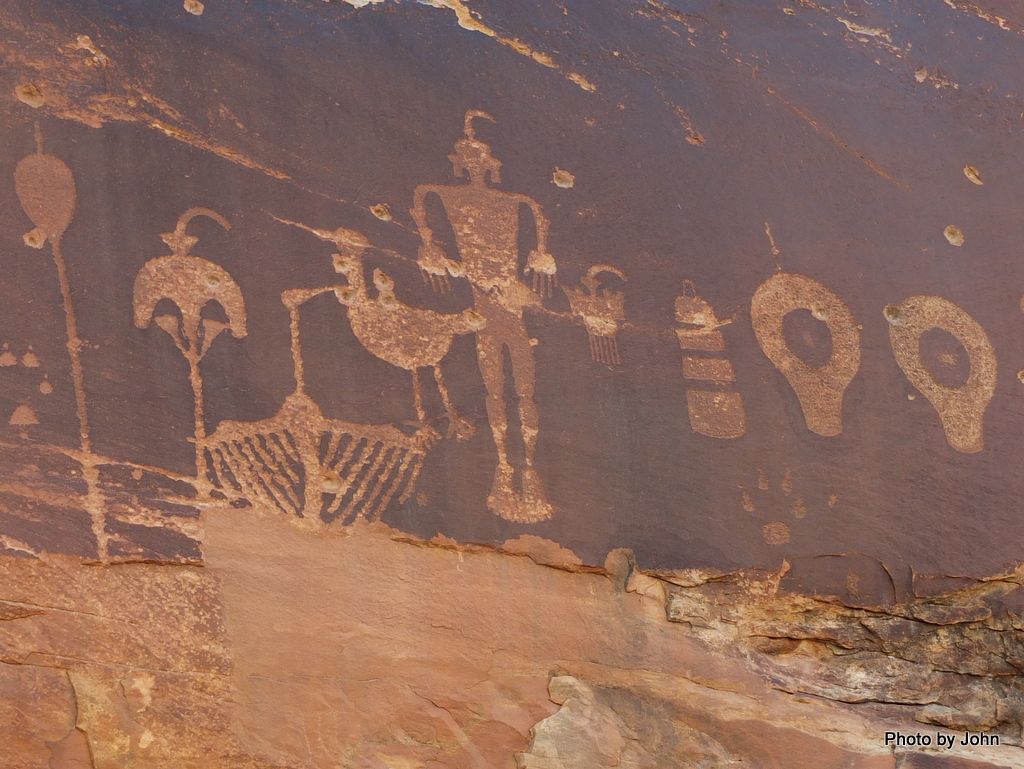 The Wolfman petroglyph has been damaged by some thoughtless person who apparently mistook it for a target. 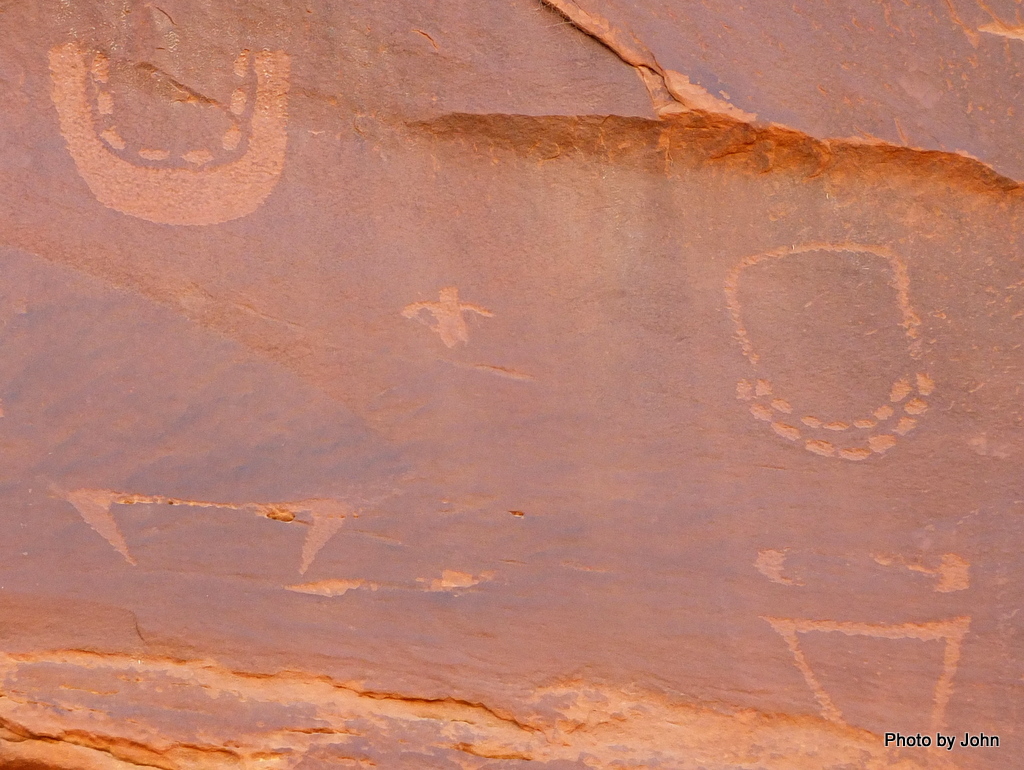 It was fun to study the wall a bit. In addition to the obvious Wolfman, there were lots of other interesting details. 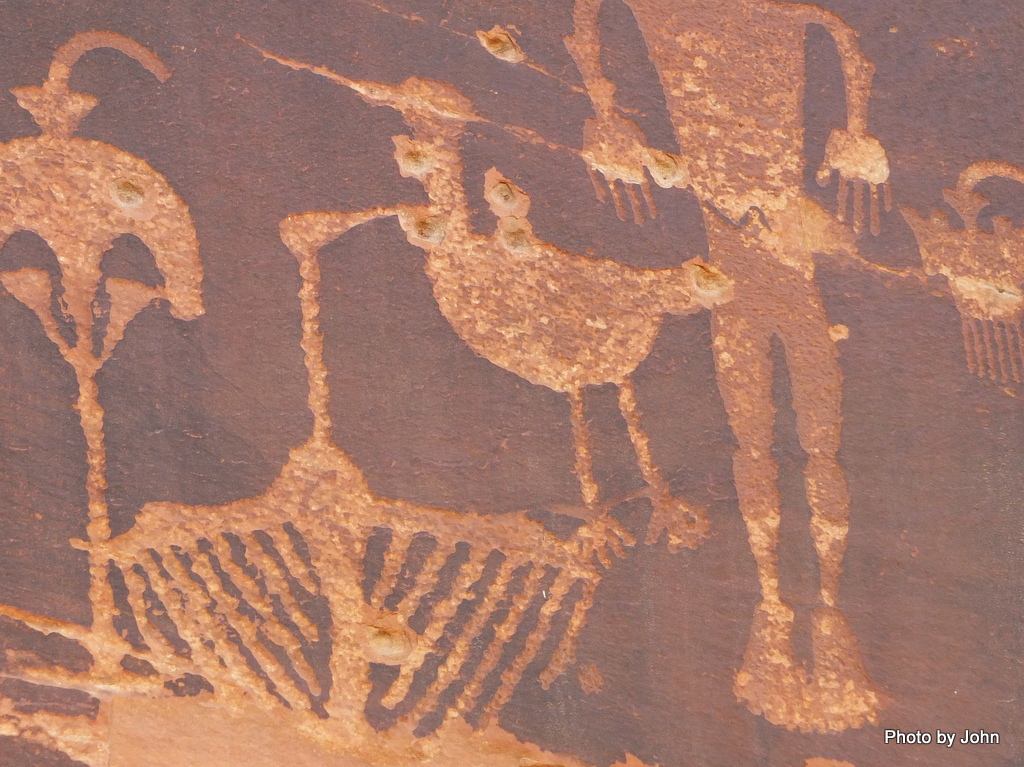 In some ways, I liked the goose with a tiller on its dory, just left of the Wolfman. Given the time period when these petroglyphs were created, apparently the artist was thinking of something else or was a prophet. 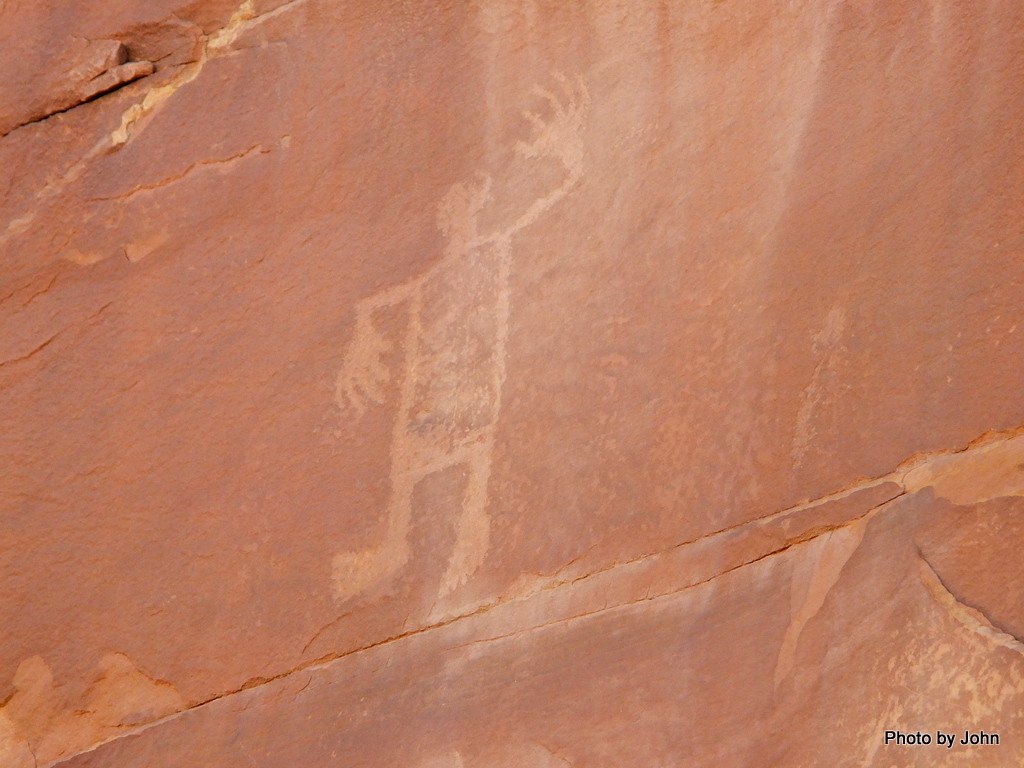 There were other, much fainter petroglyphs closer to the alcove, although I didn’t notice them on my initial approach. 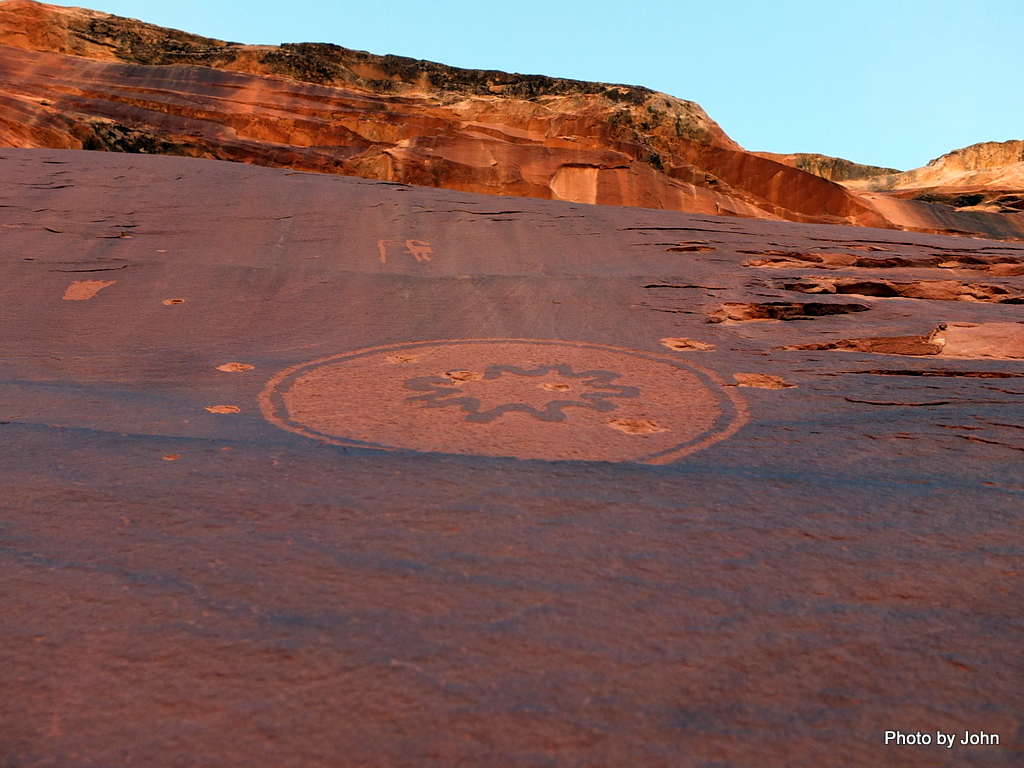 Of all of the images, I think this geometric design was my favorite. Once again, marked by target shooting. Of all the pictures I took of this, I liked this view up the wall the best, so that’s what you get. 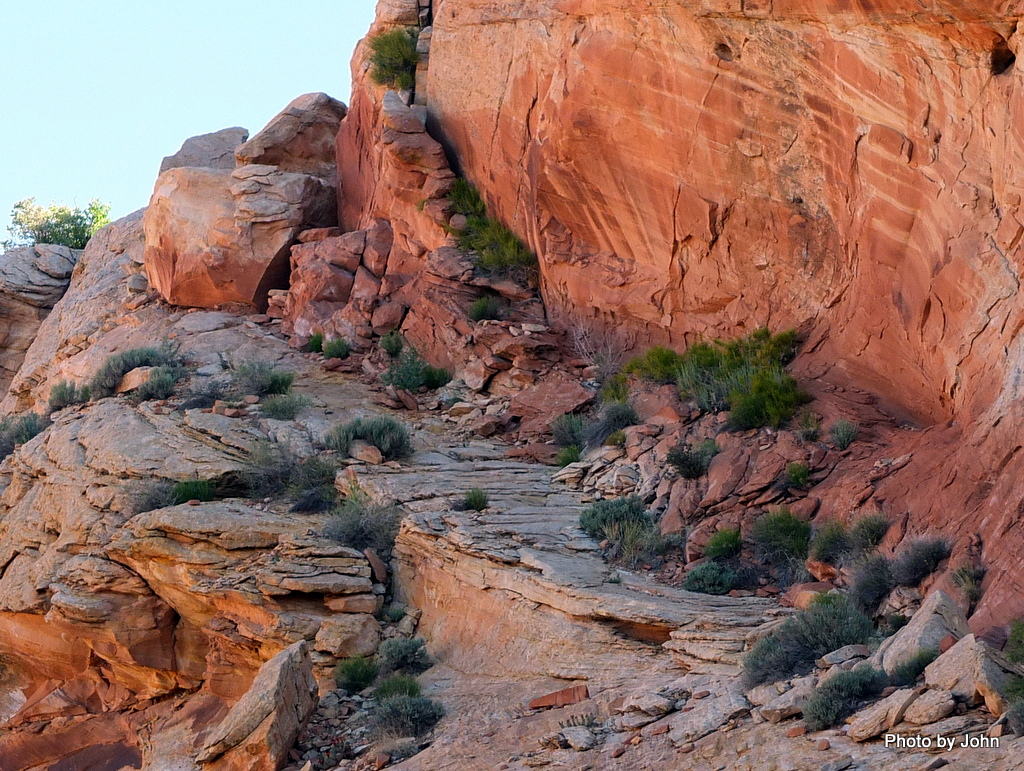 Here’s the view of the stone blocking the trail from the lower end. The route around the outside looks workable in the picture, but I decided it was too much exposure for me. I went up and over on the way uphill as well. 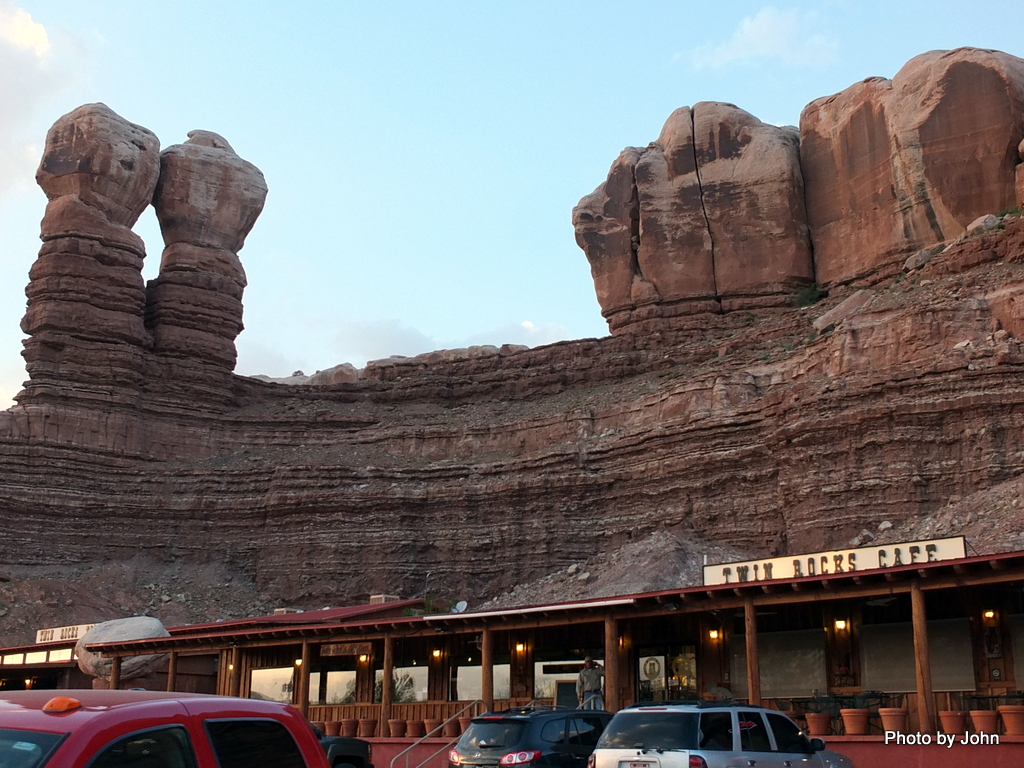 This post was uploaded and scheduled on fast complementary wifi while I was eating dinner at the Twin Rocks Cafe in Bluff, Utah.
Posted by Just Finding Our Way at 2:30 PM