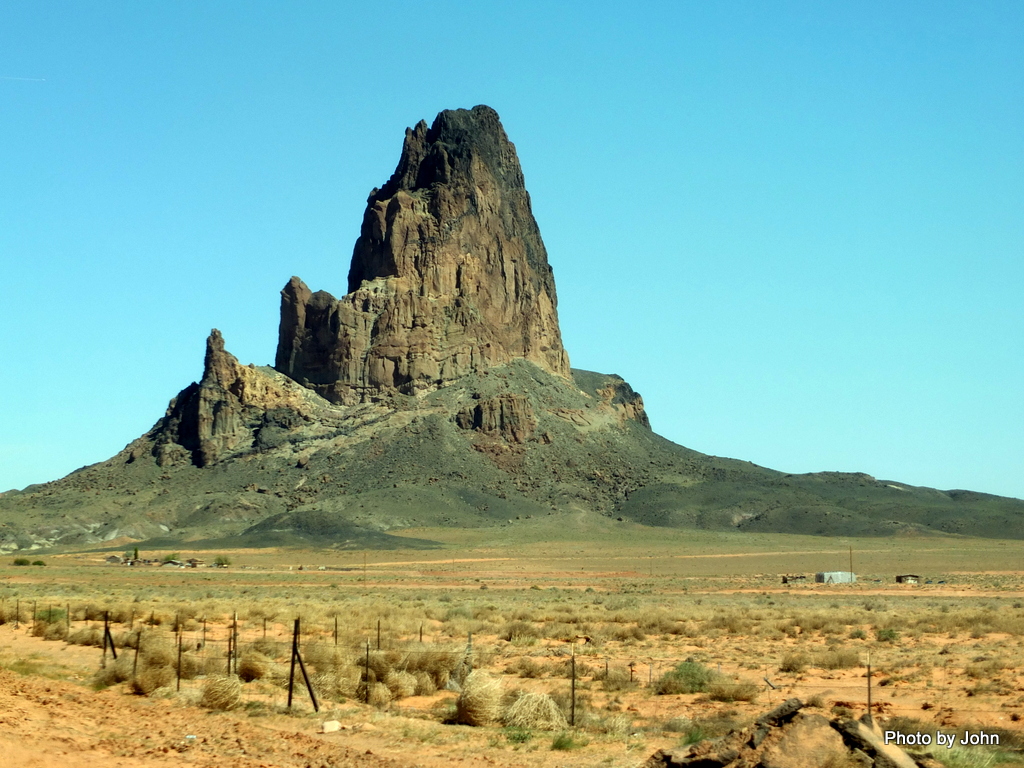 April 13th -- I stopped in Kayenta to try to upload two blog posts, but the wireless was slow enough that the laptop battery died before the second post was finished. With everything done that could be done, I headed north through Monument Valley, 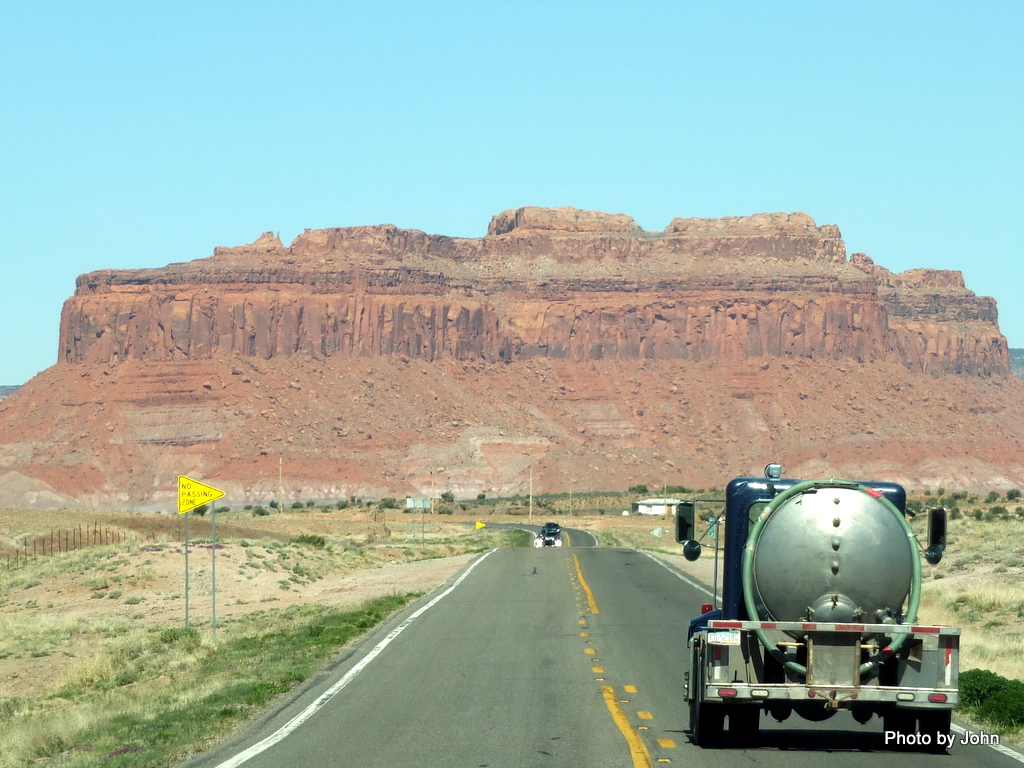 following the local water delivery service part of the way. 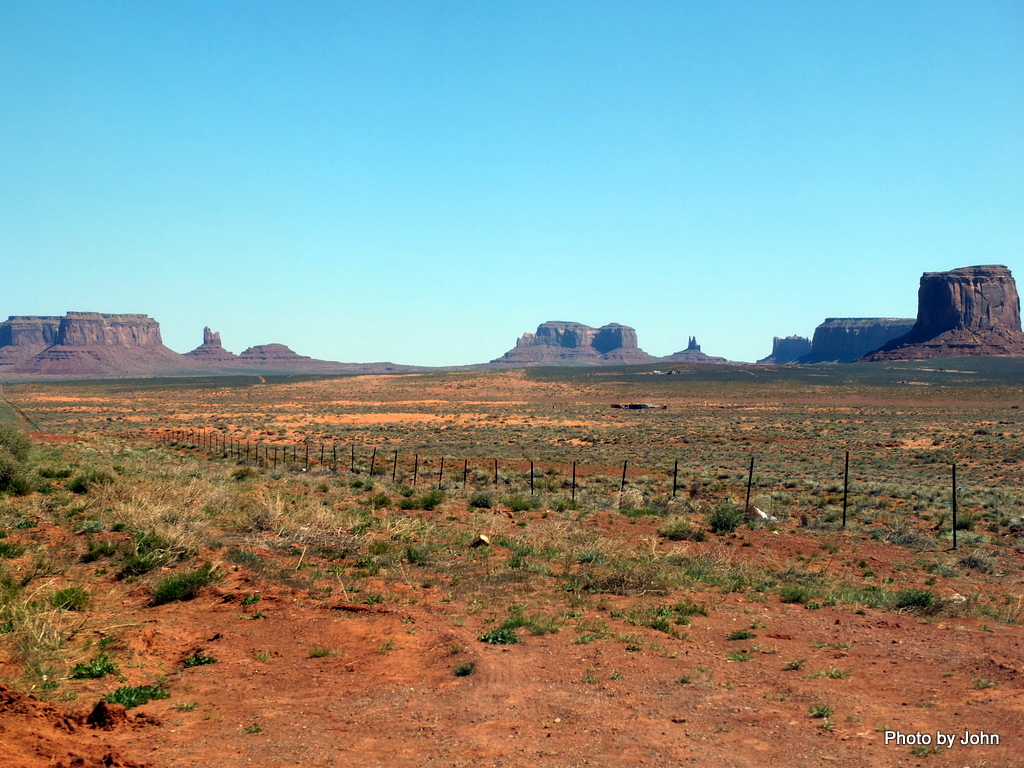 I was pleasantly surprised at the air quality. After the wind the night before, I didn’t have much hope for visibility. While it wasn’t perfect, it was better than we’ve seen sometimes. 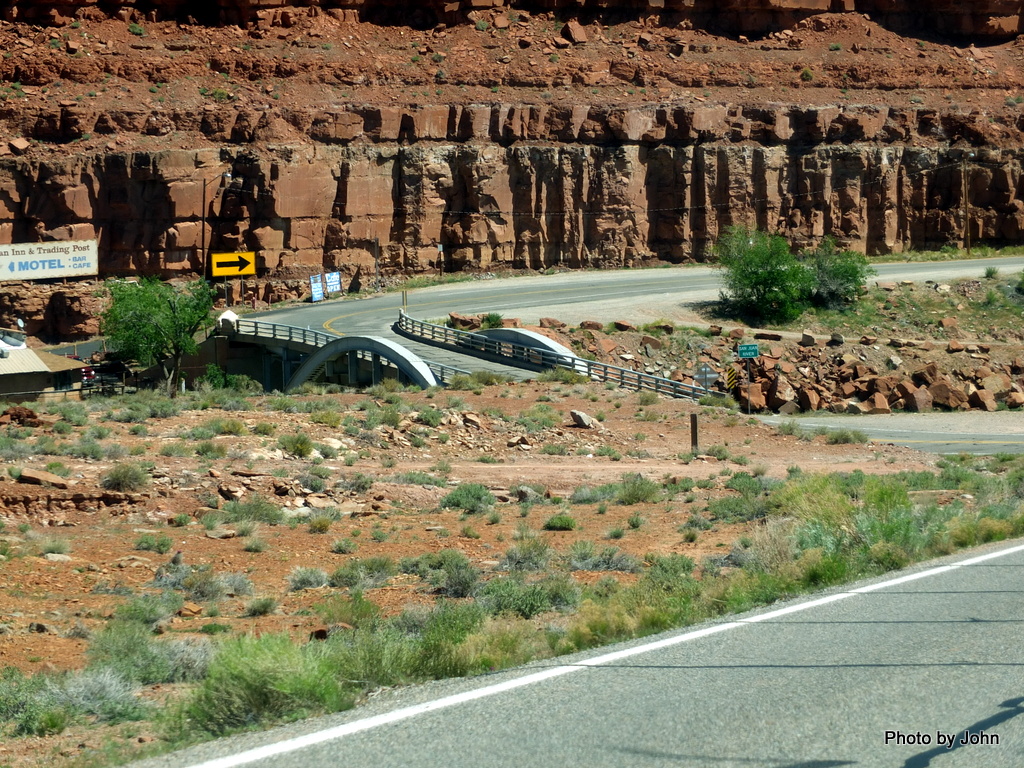 I dropped down the hill and around the corner to cross the bridge at Mexican Hat, 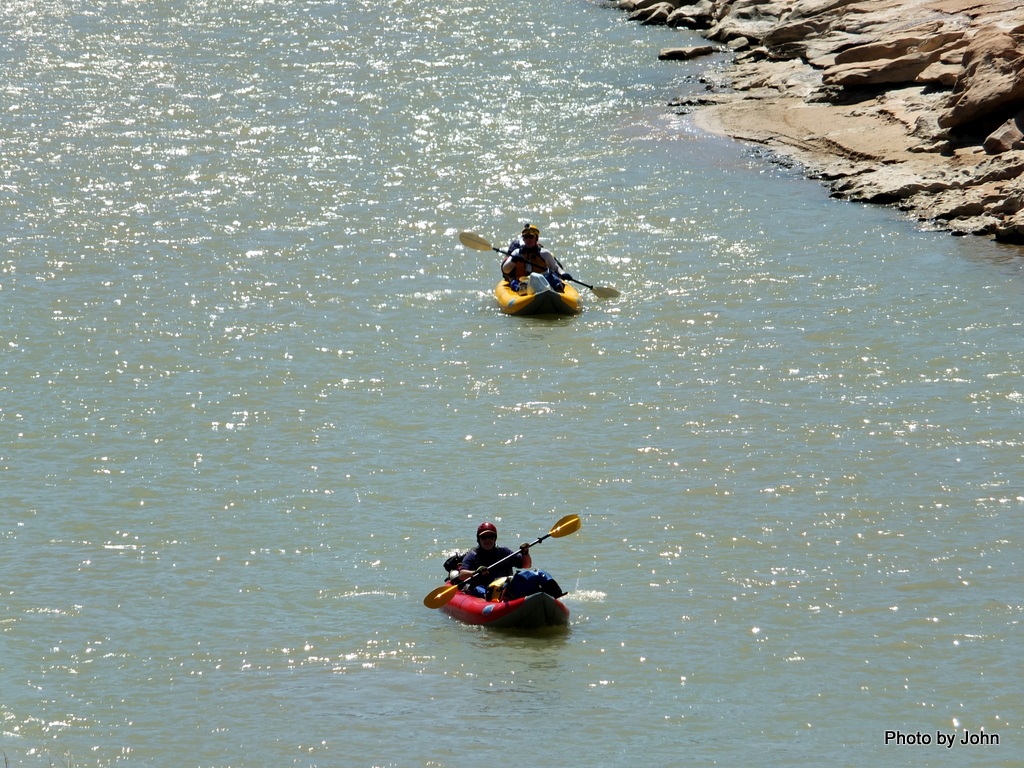 just in time to spot a couple inflatable kayaks drifting down the river. Next stop for them will be Clay Hills, shortly before the San Juan river gets swallowed up by Lake Powell. 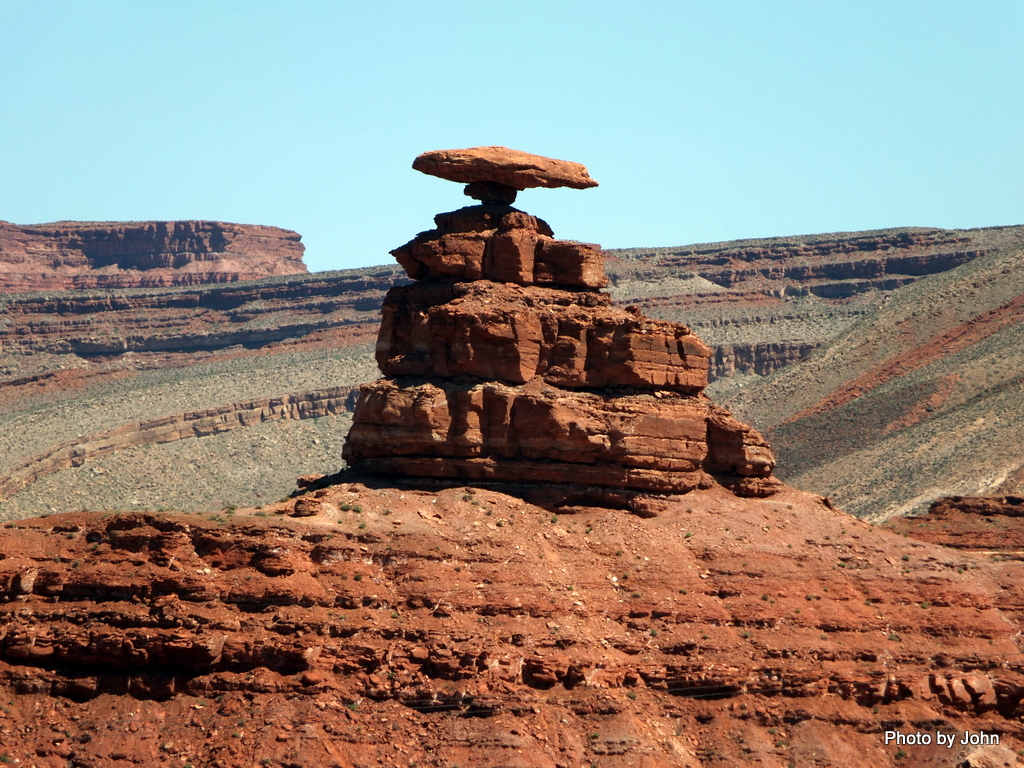 Before I turned off of Highway 163 onto Utah Highway 261/316, I stopped to get a picture of the sombrero, the town’s namesake. 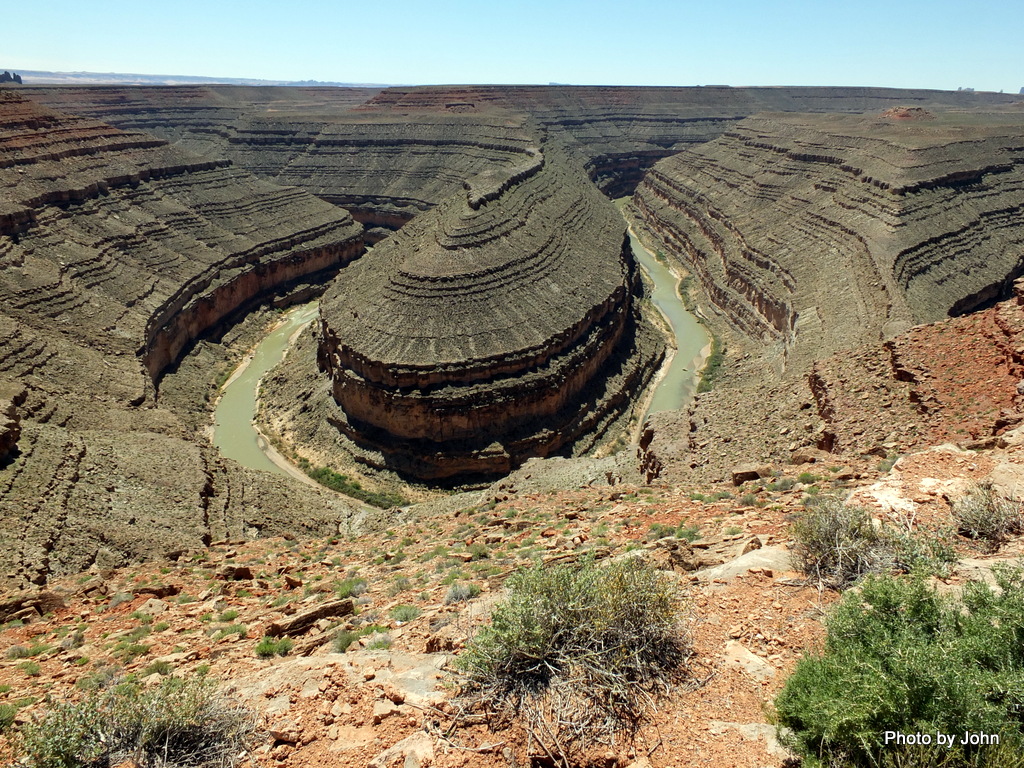 Goosenecks was my destination for the day, but not because of nearby ruins or petroglyphs. Twelve years ago, I had a permit for a San Juan river trip from Mexican Hat to Clay Hills. I passed that permit off to a friend that was going on the trip and flew to Washington with BJ for her Dad’s funeral instead. Turns out, I’ve never seen this stretch from the water. This trip was a chance to see it from above, and to give thanks for Joe’s part in my life. 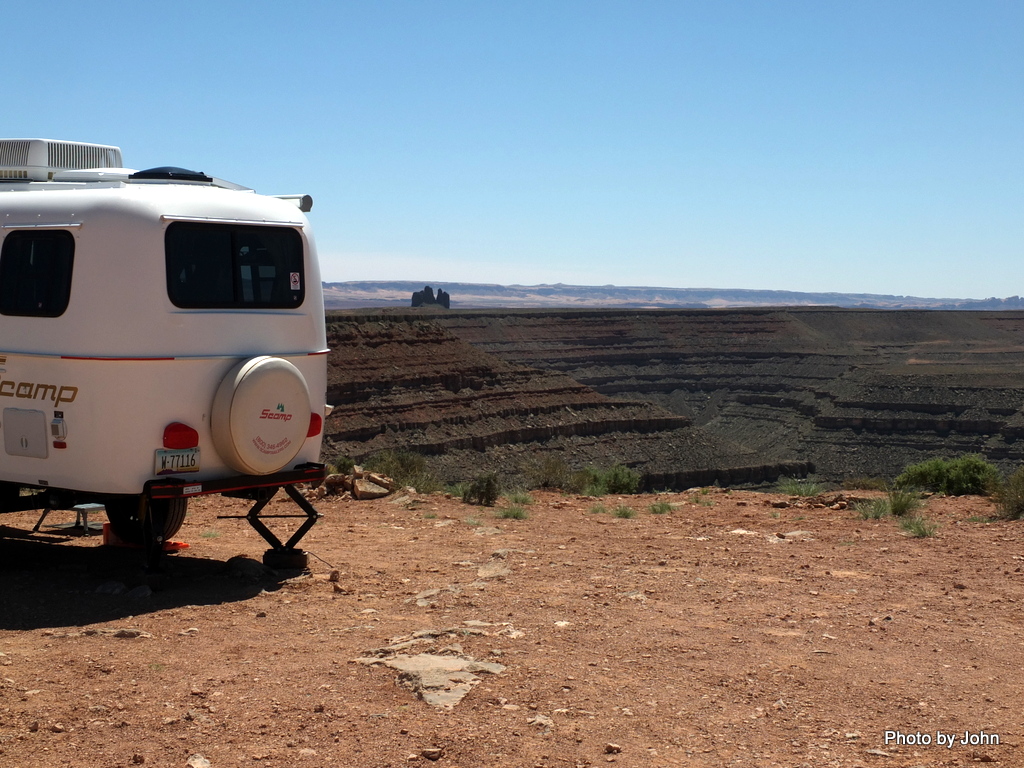 Campsites are where you want them along the rim. Those closest to the entrance include a table, trash can, and fire ring but no improvements such as grading. I had to walk about 30’ from my door to get the previous picture. 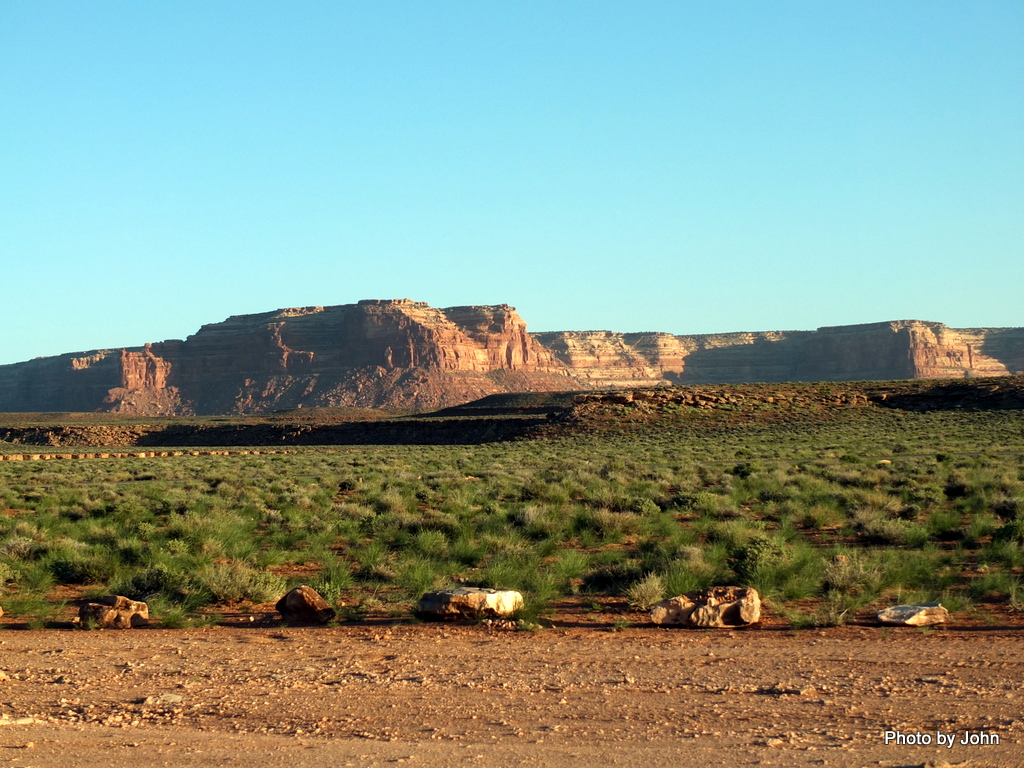 As if the view to the south isn’t good enough, there is also an expansive view to the north. The cliffs in the distance form the southern edge of Cedar Mesa. I’m not taking the direction route, choosing to NOT tow the trailer up the Moki Dugway. There are places to visit before I get there, but the Cedar Mesa is an upcoming destination.

This post uploaded and scheduled thanks to the fast Wifi with dinner at Twin Rocks Cafe in Bluff, Utah.