A blogger / philosopher that I follow recently said something about chronological order not being all that important – or something like that. In any case, this one is out of sequence.

Perhaps this should go under the category of “confession is good for the soul.”


She said, “Why do you want to go, it’s going to be cold.” I said, “It will be wonderful hiking temperatures.” Even though we definitely have different temperature preferences, she was more right than I was, at least for a couple days!

While I was eating dinner and uploading blog posts at Twin Rocks in Bluff on Tuesday evening, I overheard a couple behind me who were busy trying to find a place to store their RV because it was going to be so cold that they were going to fly home and come back later to finish their trip.

I checked the weather report in Blanding on Wednesday morning, and it was showing that it was expected to get down to 24 degrees Wednesday night and then into the mid 50’s on Thursday before slowly returning to the mid 70’s (and up) weather I’d been experiencing. 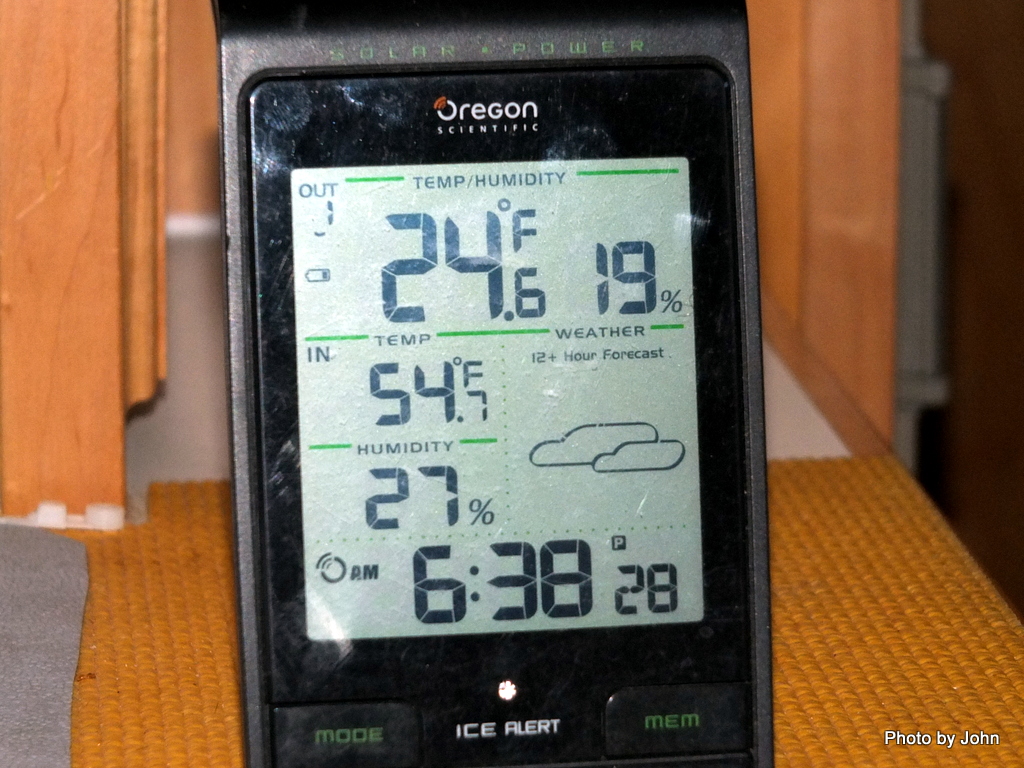 I’m here to report that it DID get down to 24 degrees Thursday morning at Comb Wash, and it took the furnace over 30 minutes to get the Scamp up to the mid 50’s from an initial inside temp of 28 degrees, but I still went hiking. I’d read somewhere that the National Lands Pass would suffice for the fee that is charged for a number of the highly popular Cedar Mesa hikes. According to the sign near the South Fork of Mule Canyon, not so. My $5 donation was a small price to pay for a 7 day permit. I was the first one on the trail, leaving at 9 a.m. 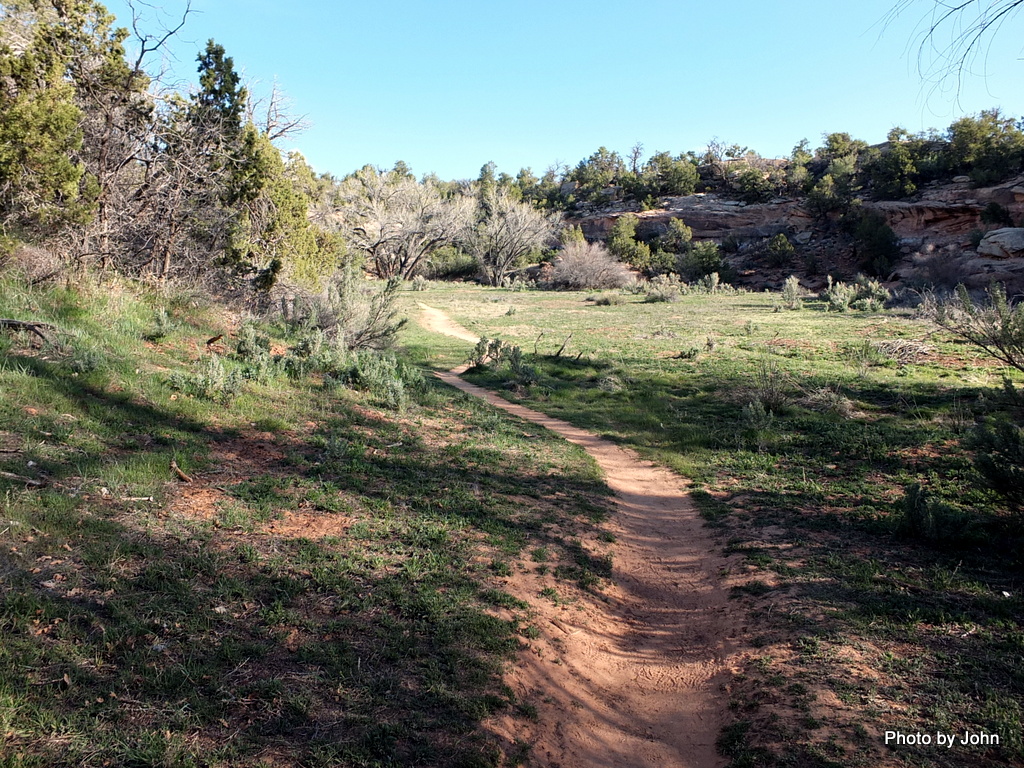 Various publications indicated the hiker created trail was obvious. I’d agree! It wandered back and forth across the mostly dry drainage, but was always obvious. 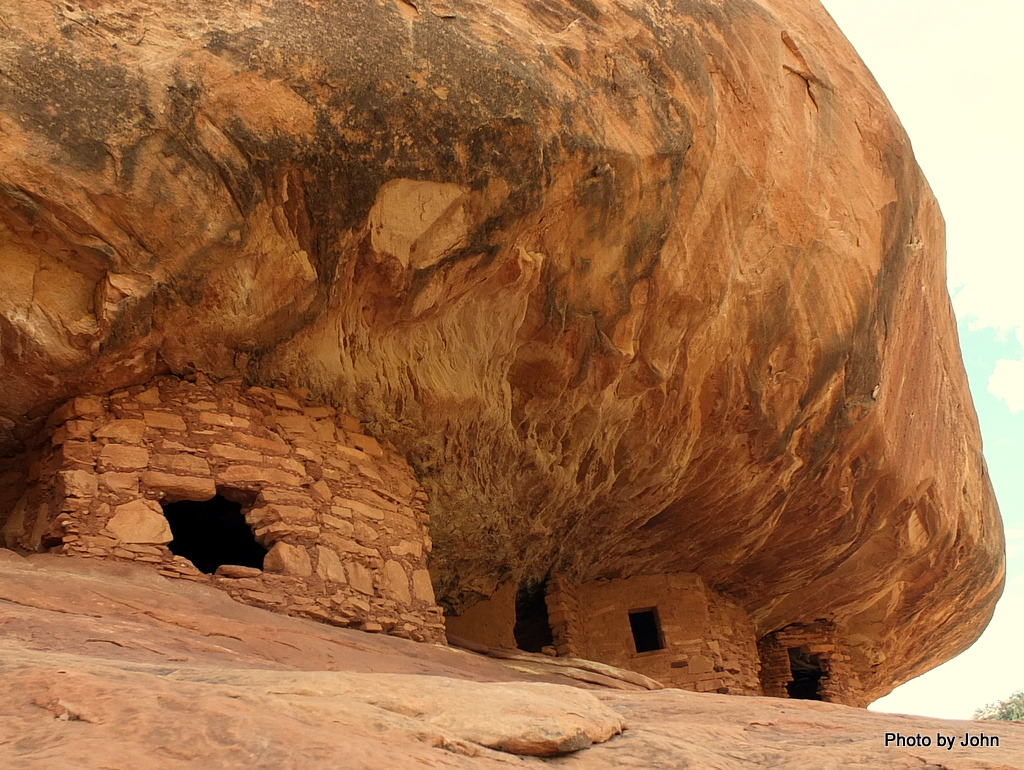 My initial point of interest for the hike was a very well-known group of structures. I was there a little early for the best light and it was definitely too cold to sit around waiting for the sun to move, although the thermometer when I left the trailer said it was up to 34 degrees. 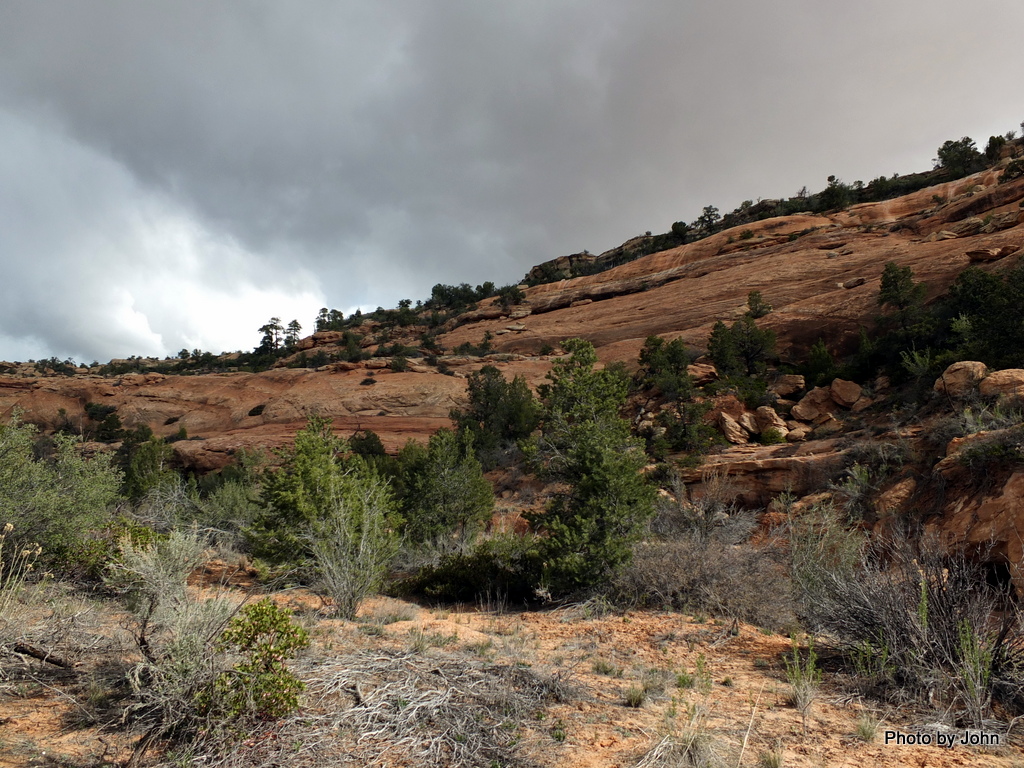 Since it has been reported that there are at least nine ruins in this drainage, I continued up the wash, looking for the next one and watching the clouds build. I thought I had a pretty good understanding of where it should be, but spent quite a bit of time stirring around in a little side box canyon without success. All I found in that area was a little bit of color and a lot of interesting country. 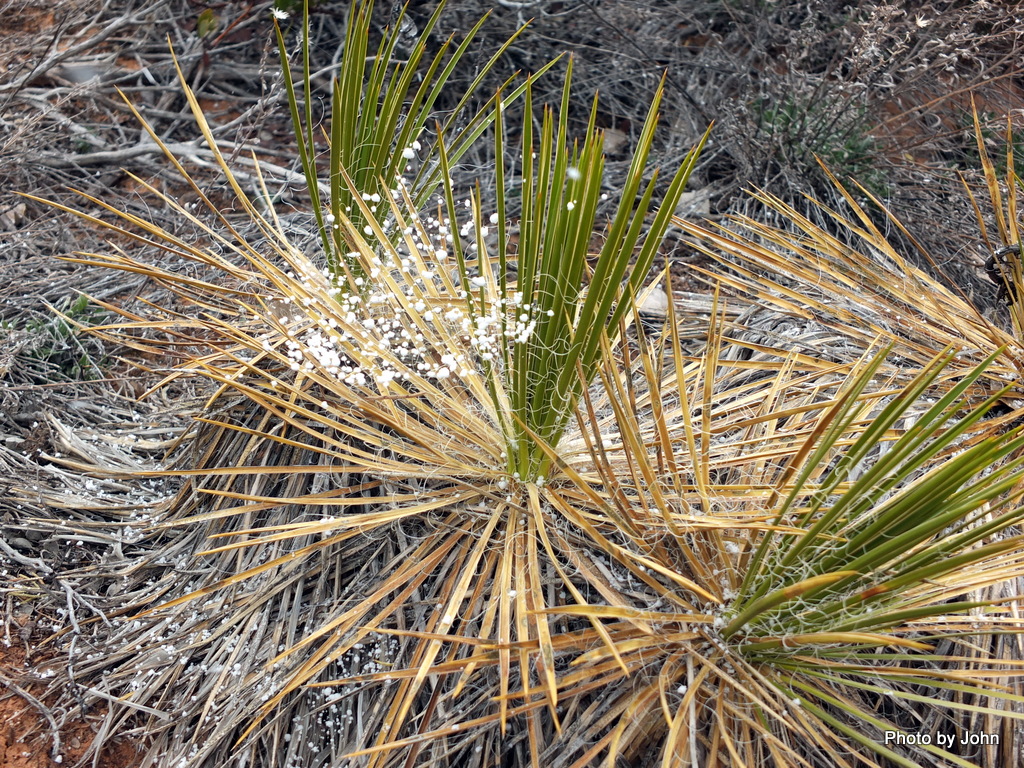 When the sky darkened more and started snowing, the camera went in the pack as I headed back down the canyon. It wasn’t snowing hard, yet, and the spider webs on the cactus were catching flakes. I’d told myself when I left that I’d turn around at noon, but I didn’t count on the very cold wind and the snow. 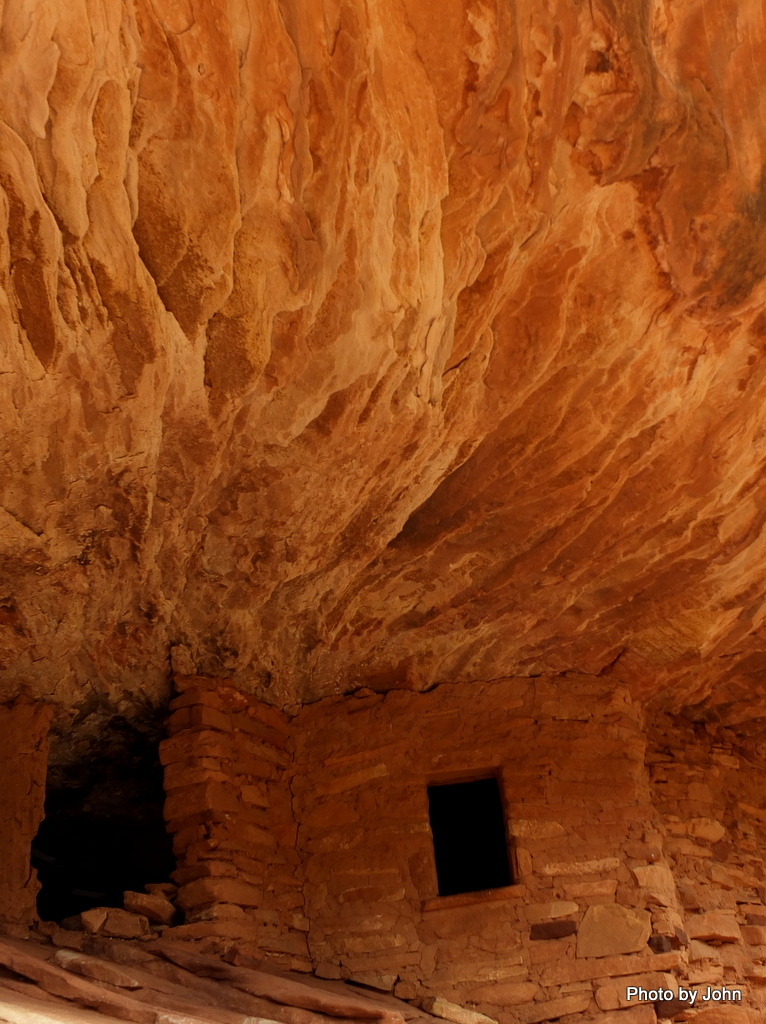 I stopped by House on Fire for a couple more quick pictures on the way out. If you get the light just right, the rock above the structure looks like flames, thus the name. I was back to the truck by 11:45 local time.

I wish I’d brought my thick, fuzzy, fleece pants to wear in the trailer. I was afraid if I turned the heater on in the trailer at 3 p.m. that I’ll hear her say, “I told you so.” Sure glad I brought both poncho liners!

A big thanks to Jon Vermilye who used a much better picture of House on Fire to decorate the refrigerator door in his Escape. It was that picture that was the initial impetus for this exploratory trip.


I woke up this morning to rain that turned to snow and low visibility at my Comb Wash camp. Looked like a good day to go to town instead of the several site visits I had planned.

This post was published in real time thanks to the Blanding Visitor Center on my 2nd visit!
Posted by Just Finding Our Way at 9:18 AM