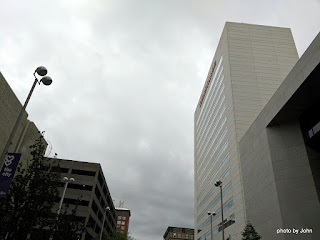 We departed Spokane under grey skies and occasional drizzle. Thankfully, traffic was light as we transited the city, picking our way north. 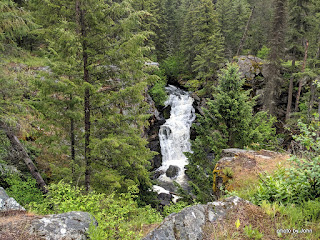 We stopped to view Crystal Falls but decided the rocks were too slippery and the brush too wet in the drizzle to bother trying to locate the geocache. If it hadn't been for the geocache symbol tantalizing us, we likely would have missed this beautiful waterfall entirely. 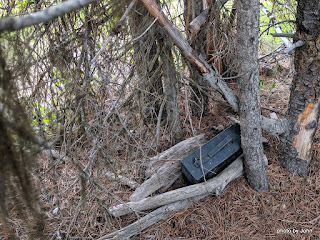 We did visit a couple other caches, adding two more Washington counties to our list. 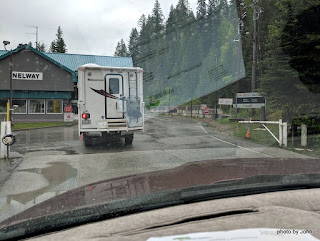 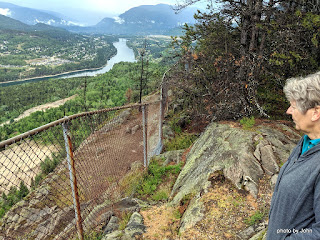 We stopped at an rest area overlooking Castlegar between rain showers. 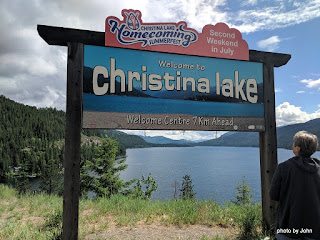 Our plan had been to stop at Nancy Greene Prov. Park, but it was both early in the day and still raining so we continued on... Thought we might stop at the Provincial Park at Christina Lake but the signage said to turn left and we couldn't find any place to turn left. 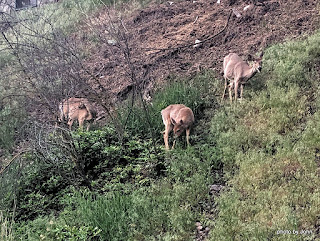 We ended up at the municipal campground in Grand Forks where a group of deer seemed to own the place. A choice of full hook-ups or dry camping and hot showers in a new bath building.  Overnight, we enjoyed more rain. 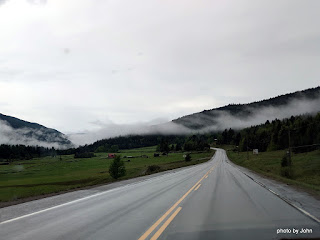 The weather forecasts suggested improvement as we headed west, 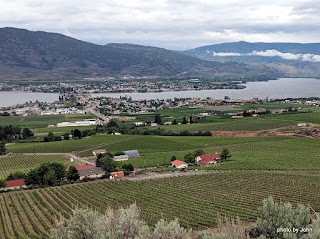 and by the time we got to the overlook above Osoyoos the clouds were breaking up and the temperatures were climbing into the high 70's. 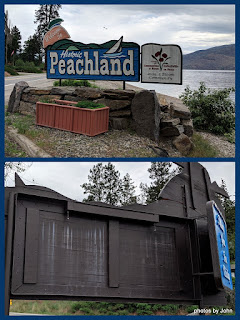 We took a lunch break along Lake Okanagan. Of course, part of our break time involved figuring out how to access the geocache there, and trading a couple trackables. 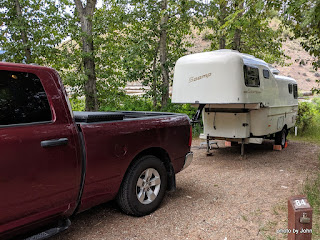 We settled into a spot at Bear Creek Provincial Park, across the lake from Kelowna where we were serenaded nightly by marmots sitting on a log pile across the fence. This park was very nice. It was supposed to be reservation only, but we had no problem getting a space for three nights. Their W/E sites were nearly full, and their FHU sites were totally booked, but we didn't want either. 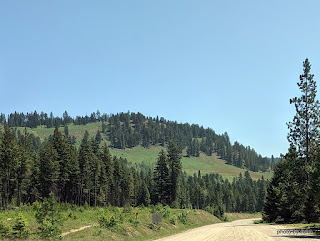 We spent part of one day wandering some incredibly nice logging roads above the park in search of Challenge Bear and Run Cacher Run geocaches. 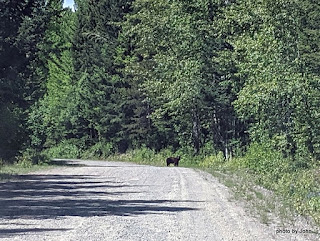 It turns out the individual who placed the caches is no longer active and the caches are poorly maintained with some as much as 40 feet off - a bit tough when you're searching for a micro in the woods. In spite of the Did Not Finds that we were accruing, we did spot our only bear of the trip, so far. The bear wasn't willing to wait around for us to get a closer picture. :-( 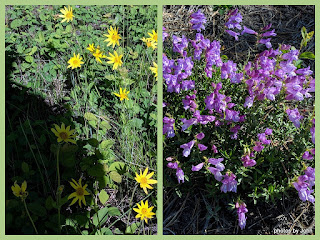 The spring flowers were out in abundance, and we'd finally found some sunshine. 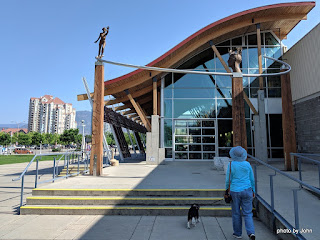 Our second layover day in Kelowna involved an early walking tour of downtown to complete a Wherigo (WIG) cache that was a tour of a number of public art installations. There's actually a second WIG cache nearby that tours more public art, but Turk made it clear that one tour was enough. 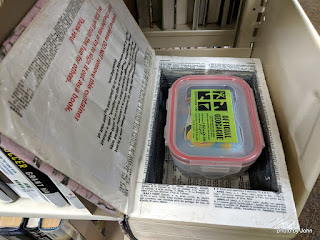 Our second cache that day started in a park and ended in a library. It was significant to us because it was BJ's 2000th find. It was special to me because BJ worked in a library when we met so library caches are always special.

Onward towards Alaska.
Posted by Just Finding Our Way at 2:30 PM