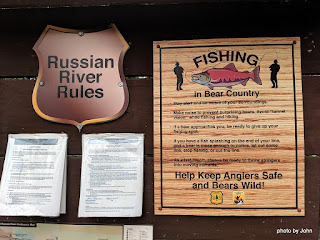 The Russian River, at and above its confluence with the Kenai River is known around the world for its salmon runs. It's a favorite place to fish for our son and his family & friends. This year, the first run reds (sockeye) have exceeded all expectations. 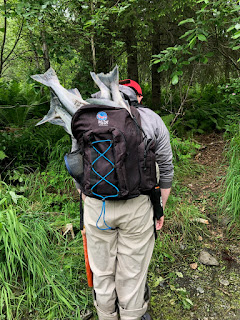 While our daughter-in-law went with us to get our rigs settled in to a primo site at Kelly Lake, our son, grandson, and his friend stopped off at the Russian to see why the limit had been upped from three to six fish. Five hours later they were hauling 18 headed & gutted fish back up the hill from the river. 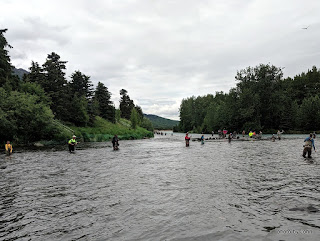 Everyone seems to have their favorite spot. The confluence of the Russian with the Kenai is often crowded. I expected to see more people given the run reports but it was mid-week. If you look carefully (as always, a larger version is available if you click on the picture) there's a lineup fishing the Kenai downstream from the confluence. 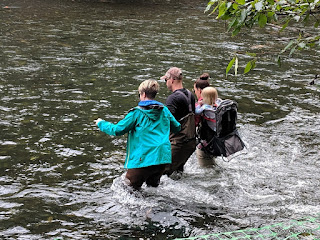 Fishing in Alaska is a family affair and they start them young! 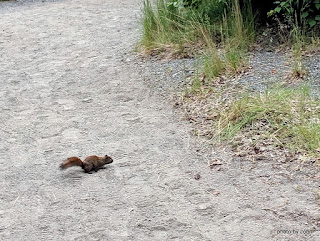 I took this picture to document the only four legged wildlife I saw, but then spotted a black bear for a couple minutes, well up river from where our folks were fishing. 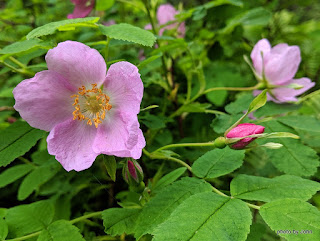 It took away, but I finally spotted a wild rose that was still a bud. 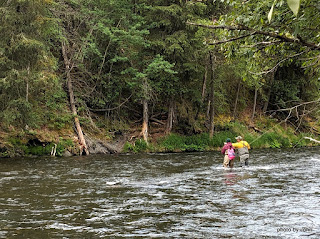 Meanwhile, our son (in the yellow shirt) was teaching BJ a bit about river fishing. I believe it's the first time in over 47 years that she's had a fishing pole in her hand. 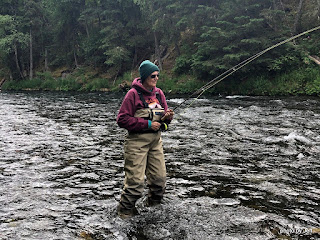 While our grandson and his friend were limiting, Jeff and BJ were having fun. 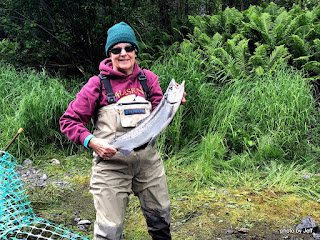 Between them, they accounted for three fish. 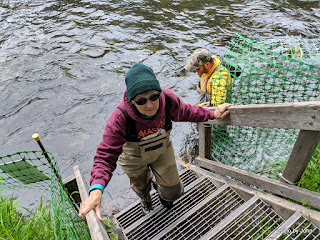 There are several access points along the lower Russian, all with stairs (and fences) to protect the river banks from erosion. 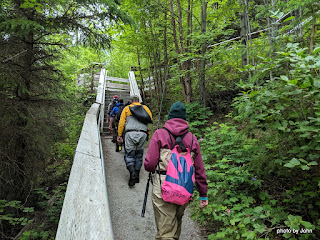 Another day, another bunch of fresh red salmon headed to the freezer - all except one that didn't get that far - the grill won out. 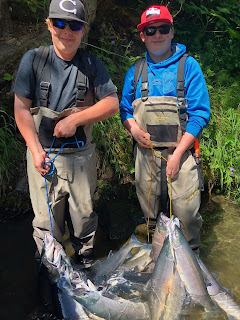 The next day, the grandson went back with his friend and the friend's father and grandmother. The limit had been raised again, this time to 9 fish. It was a long day that resulted in a couple tired boys, but there were 30 salmon on the stringer when they quit that day.

While the season continues, fishing is done for our Alaska contingent with more than enough to keep them in salmon for the year.