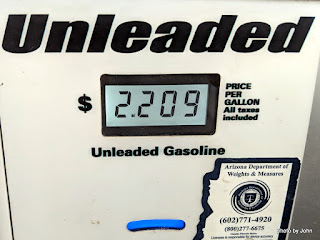 One of the things we learned in Death Valley was that it's BIG. While the truck has a big tank, it's always easier to burn off the top half when you don't know where you're going. We paid $2.20 in Bullhead City on our way to Death Valley, and $4.25 in Baker, California figuring gas would be more expensive in the park. 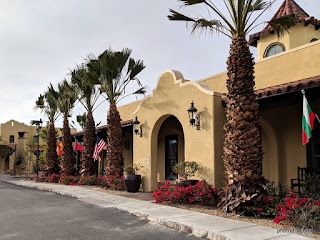 There was a gas station at Furnace Creek posted at $5.05 but we ignored it. 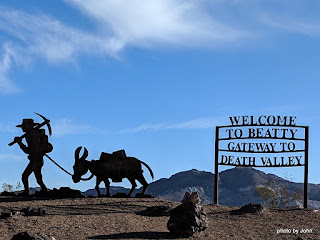 We went to Beatty, in part for fuel, but also because of some ghost towns around the area. Gas in Beatty was posted at $3.25 but it cost more than that because there was a candy store in the station... 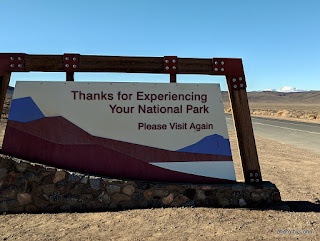 Another day, we drove out to the west side of the park, where we could see the snow covered peak of Mt. Whitney in the distance. Apparently there are places in the park where on a clear day you can see both the highest and the lowest points in the continental U.S. 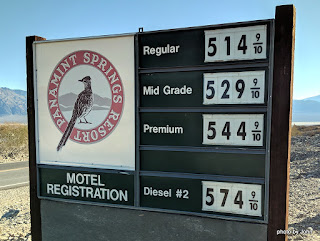 Coming back towards Stovepipe Wells, we made a note of the gas price in Panamint Springs but did not partake. Instead, we fueled at Stovepipe Wells ($3.58/gallon) before hooking up the trailer for our southbound departure. 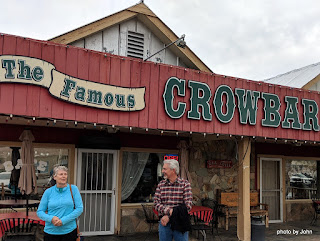 We stopped in Shoshone at the famous Crowbar Cafe and Saloon for lunch with friends who have been volunteering at a nearby wildlife area. Good food and good conversation! 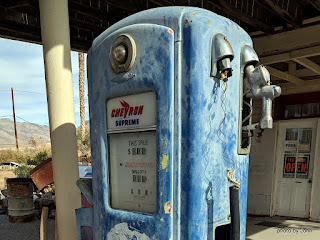 The gas pump next door to the cafe said 44 cents but it was dry. The pump across the street said $5.05, but we didn't partake. 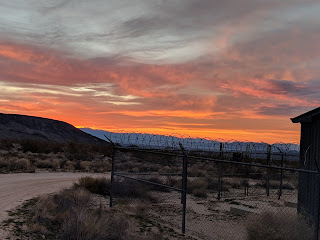 We continued south from Baker through the Mohave Nature Preserve to check out the restored railroad depot in Kelso. It is now used as the visitor center for the Preserve but was closed due to the shutdown. We found a boondock (thanks, Campendium!) with a view before we got to the intersection with I-40 which made a nice overnight stop.

We had plenty of fuel to reach Parker, Arizona where we took on 24 gallons at $2.19. It pays to shop around!
Posted by Just Finding Our Way at 2:34 PM