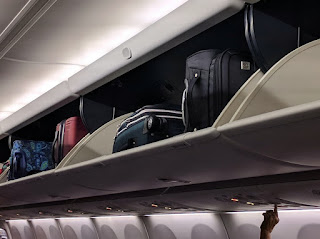 I really enjoy airports, flying, and many people watching opportunities provided. In spite of multiple announcements of how to best use the larger overhead bins ("put your bag in on edge like a book on a shelf,") it's pretty clear that some people have never visited a library! 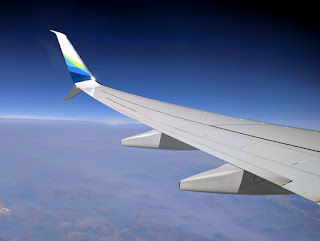 I felt fortunate to get a window seat although the view anywhere in the northwest quadrant of the country was limited to smoke. 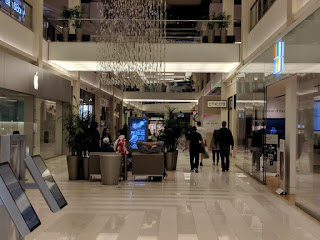 After dropping our bags at the hotel in Minneapolis, we went over to the still famous mall. I was amazed by the limited number of customers wandering the mall but did appreciate the positioning of the Apple and Microsoft stores right across from one another. 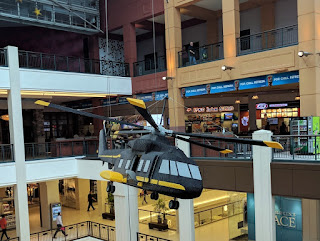 Someone was pretty serious about their Legos. This very, very large helicopter built from Legos was suspended at the third floor level. I suspect it might not survive a hard landing. 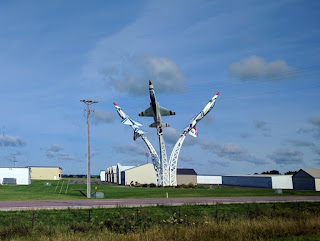 The next morning a shuttle picked us up and we headed south. I've seen a lot of airports with 'planes on a stick,' but this is the first time I've seen three Thunderbirds stuck on sticks. 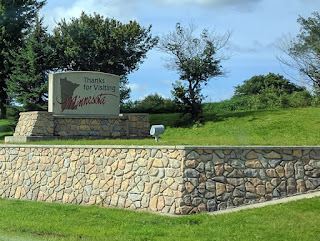 I did manage to pick up one geocache near the hotel before leaving Minnesota, but only one. 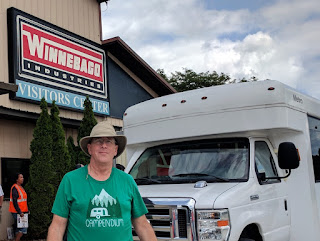 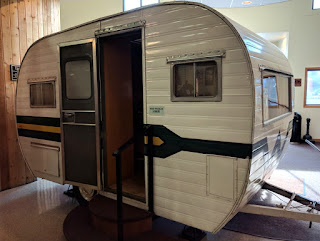 but they did have a couple classics in the Visitors Center. This 1959 Winnebago trailer originally sold for $900. 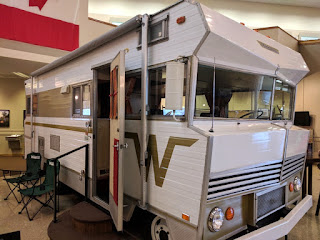 They also had a very nice example of the classic Winnebago motor home. These continue to attract such interest that the factory is again building them. 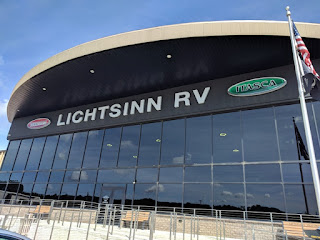 New Winnebagos are only sold through dealers so after the tour we returned to the world's largest Winnebago dealer, located just a mile from the factory. 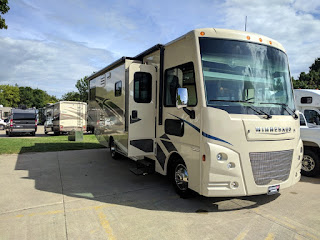 With paperwork completed, we moved in for the evening. 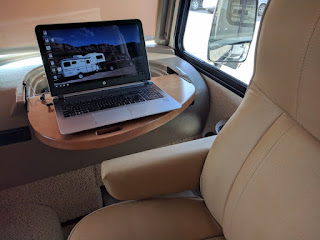 I'm not sure if I'm going to be able to adequately serve as navigator, given the screen saver on my computer! I loved the desk with two USB ports and a 12 volt outlet to keep the computer charged.
Posted by Just Finding Our Way at 2:30 PM