Not a Straight Line 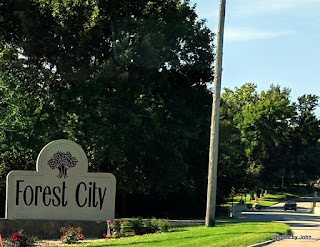 After just under 24 hours in Forest City, it was time to hit the road. While the RV is destined for an Alaska life, the immediate object was to get it to Arizona in the most timely manner practical. 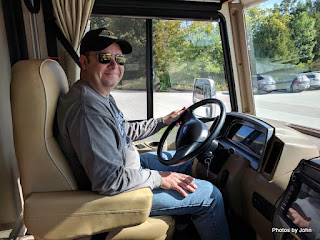 His money, his rig. It was only right that he drove the first leg. 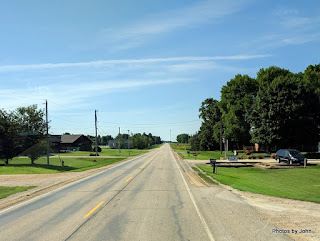 We intentionally stuck to the two lane roads while breaking in the engine. 'Sides that it gave us a chance to see country we hadn't seen before. 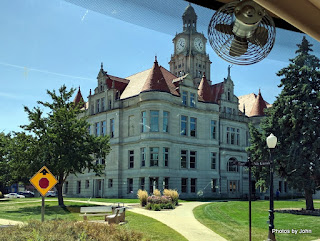 It seemed like every town had at least one court house or fancy old church building. In every case except one, we just waved as we drove by. 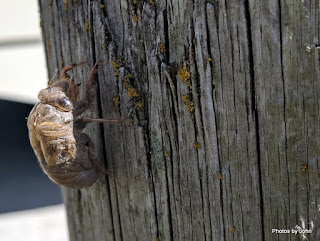 We cut across the NW corner of Missouri, headed for Saint Joseph. Along the way we pulled into a little community park to switch drivers and find a simple geocache. (Hint: It's just about 6" below the bug - now all you have to do is find the bug.)

I hoped to find some special caches in Saint Joseph, but parking for the RV was too dicey for our preference, so this cache became my only Missouri cache. 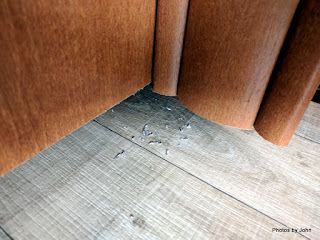 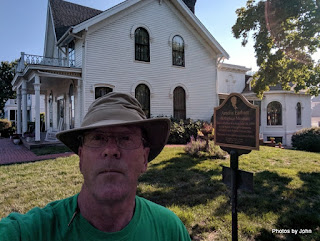 We made a quick stop in Atchison, Kansas to see Amelia Earhart's birthplace. A quick picture to prove I was there before continuing to Topeka. 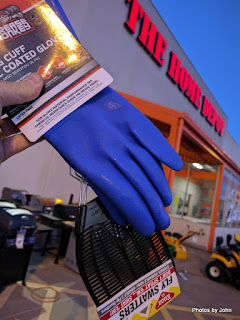 Initially, our plan had been to boondock at Cracker Barrel but their parking lot was full and didn't have any designated RV spots, so we picked a different spot to eat and then picked up some essentials at Home Depot before pushing a bit further down the road.

We knew we'd need the gloves eventually, but the more important purchase was the fly swatter. Somewhere along the line we'd picked up a couple friendly hitchhikers that needed to meet their demise. 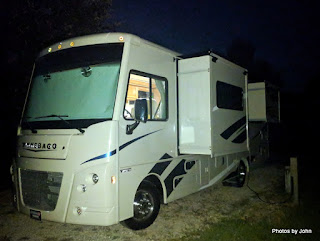 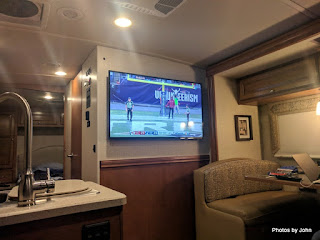 It's a pretty cushy rig, but I'm not ready to trade in our Scamp!
Posted by Just Finding Our Way at 2:30 PM