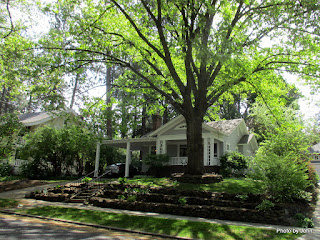 This was the first time that we spent any amount of time in Spokane. We didn't do any tourist sorts of things, instead I concentrated on some house projects for family. Our moochdocking spot on South Hill was great. We even had sun on the solar a couple hours a day, although we didn't need it since we were plugged in. We quickly fell in love with the neighborhood - mature landscape and lots of Craftsman style houses. 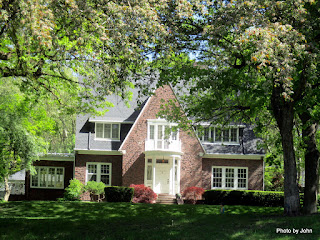 Brick was surprisingly prevalent as well, 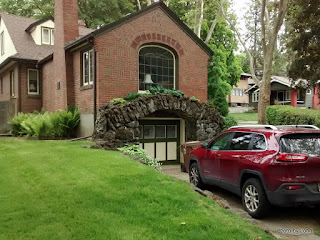 and occasionally the local basalt rock was featured. Homes usually had a one car garage that might not fit a modern car. 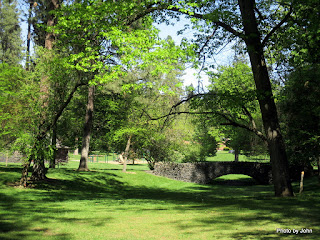 There were a couple very nice parks within walking distance, apparently both designed by the same gentleman who designed New York's Central Park. 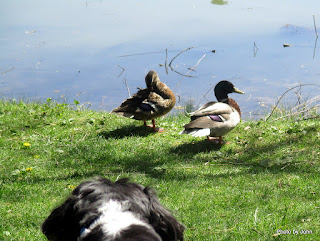 The ducks were so habituated that they weren't even bothered by Turk checking them out. The hen had to do a bit of preening but didn't make an impression. 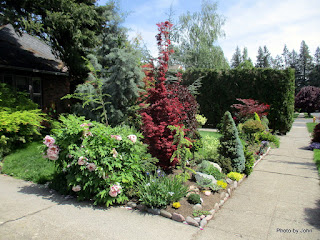 As much as we loved the houses and the neighborhood, it was quite obvious that places like this wouldn't match with our traveling style. The grass was fast growing, and the weeds were faster, requiring constant attention to keep the landscaping looking sharp. 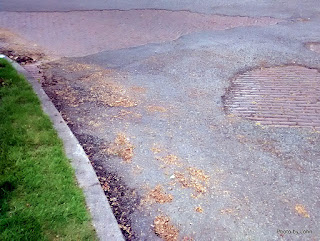 The streets in the neighborhood were brick. Some had an asphalt overlay, but it was still obvious they were brick. Others were still the original exposed brick surface. 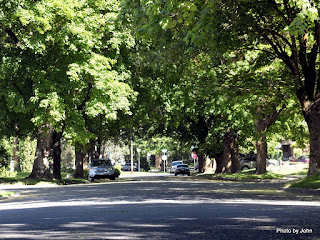 We loved the mature trees and the shade they provided, We also loved our small rig - I wouldn't want to try to navigate the clearances with a bigger rig - both vertical and lateral. Some of the streets were narrower, leaving one narrow lane to negotiate when everyone was home from work and cars were parked on both sides of the street. 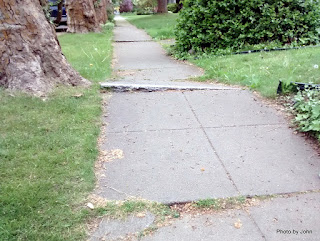 We loved walking around the neighborhood, but quickly discovered that we had to be cautious. We couldn't just gawk at the architecture, we had to watch our feet as well. Just about every block had multiple heaved sidewalks, complements of the tree roots.

In some ways, two weeks wasn't long enough. I'm pretty sure we'll be back.