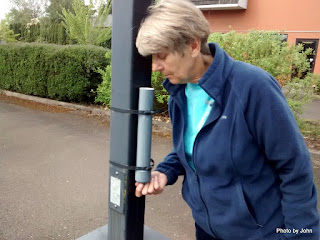 Like elsewhere this past year, we've done some geocaching where ever we go. On this trip, I've been intentional about trying to locate some of the caches with lots of Favorite points, to see what ideas we might be able to steal. Here's a few.

Apparently, BJ hasn't learned to not look down the barrel. 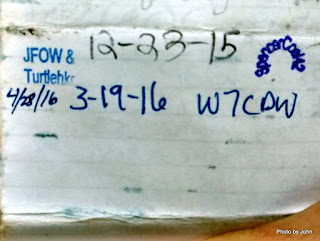 This is one of the ones that Spencer told me about when he visited after Christmas. We made one together that was put out as part of our Waterworks series. What was special about this one was to see that we signed the log next to his ink from last Christmas. 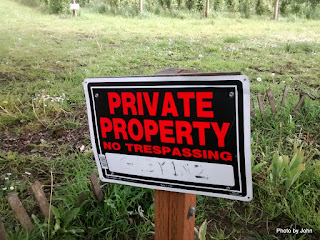 This cache isn't what it seems, but what caches ever are? It had 140+ favorite points 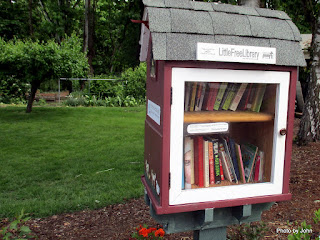 I really like the combination of a neighborhood Free Library and a cache somewhere nearby. 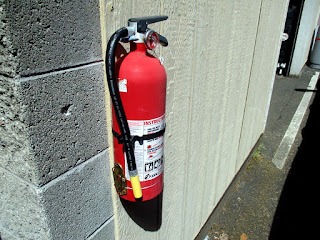 This one was part of an annual geo trail in Newberg, mounted near a fire facility. 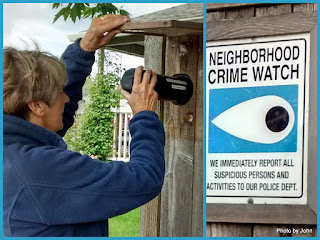 This one was my second favorite of our time in Oregon. A very nice, appropriate placard!

I don't have a picture of my favorite. I thought I took one, but it's not on the camera. Perhaps that's better, because I fully intent to leverage the concept for a new cache of my own.
Posted by Just Finding Our Way at 2:30 PM