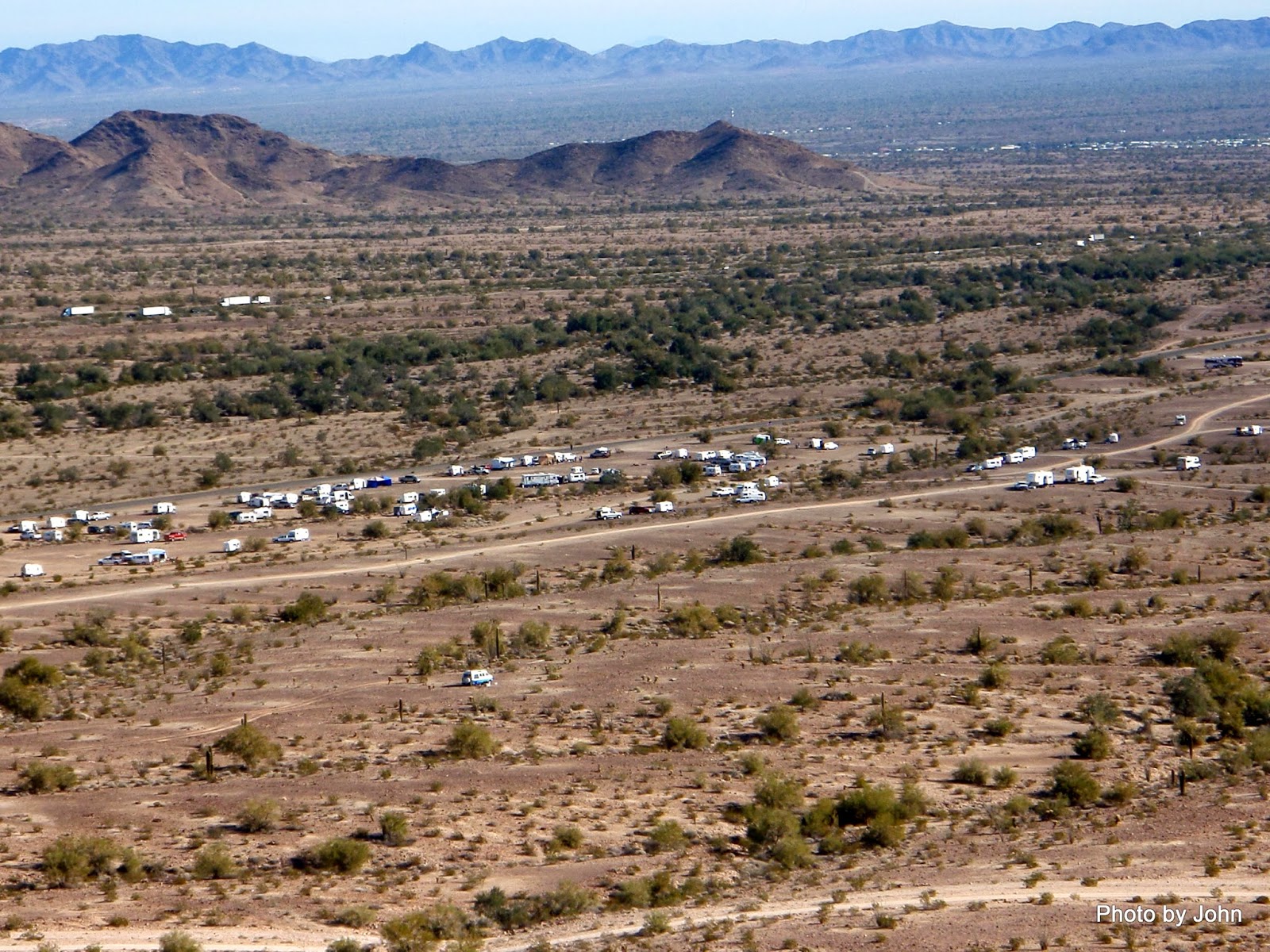 Thursday evening at 5 p.m. I counted 50 eggs. By Saturday morning at 7:30 there were 81 eggs and a few more have wandered in during the day. This picture was taken Friday morning from the upper mine site on Dome Rock. 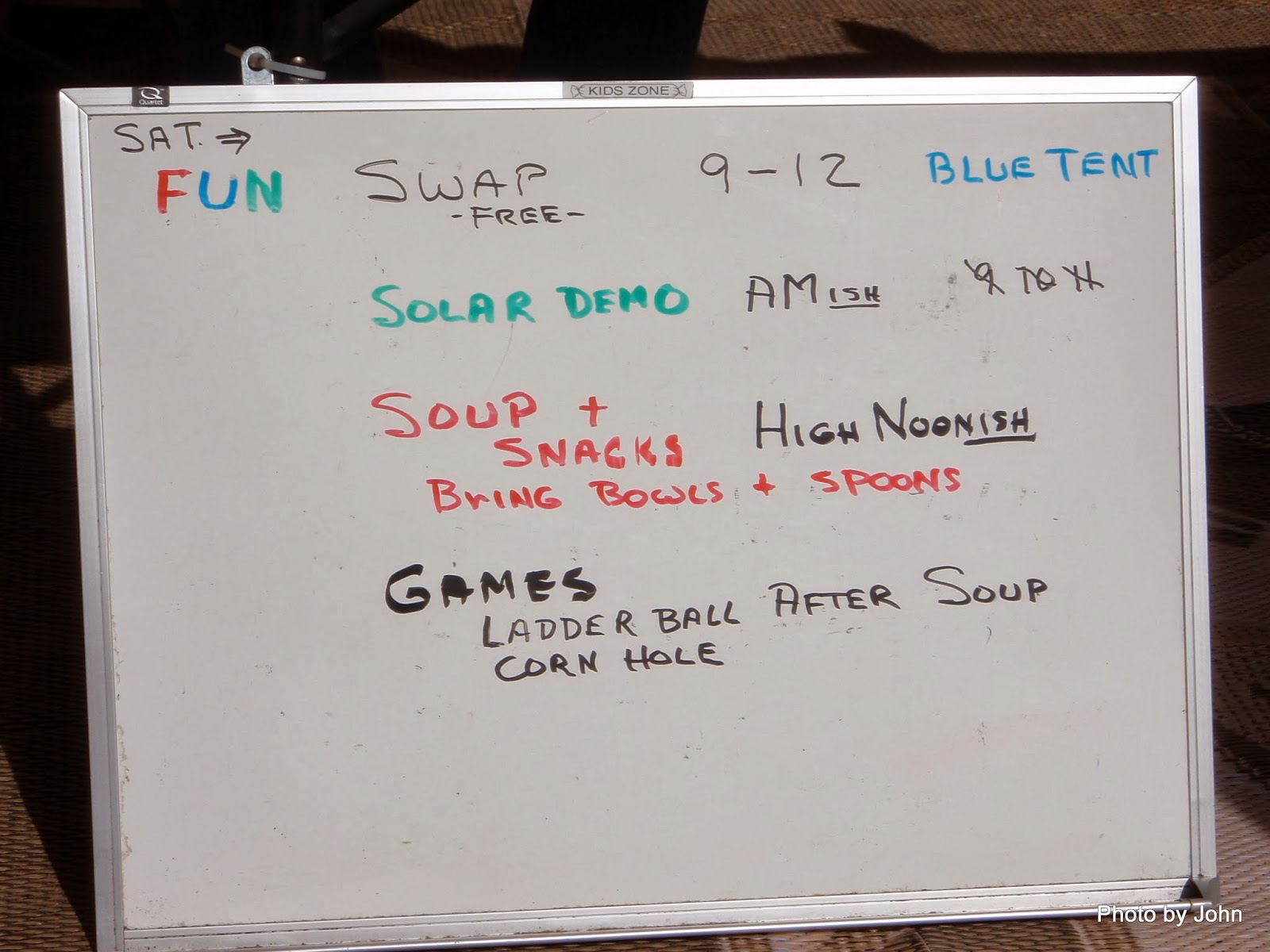 The Quartzsite Gathering is known for the laid back atmosphere. It was almost surprising to see a schedule, even if it was on a white board! Each event seemed to draw a good group of people. 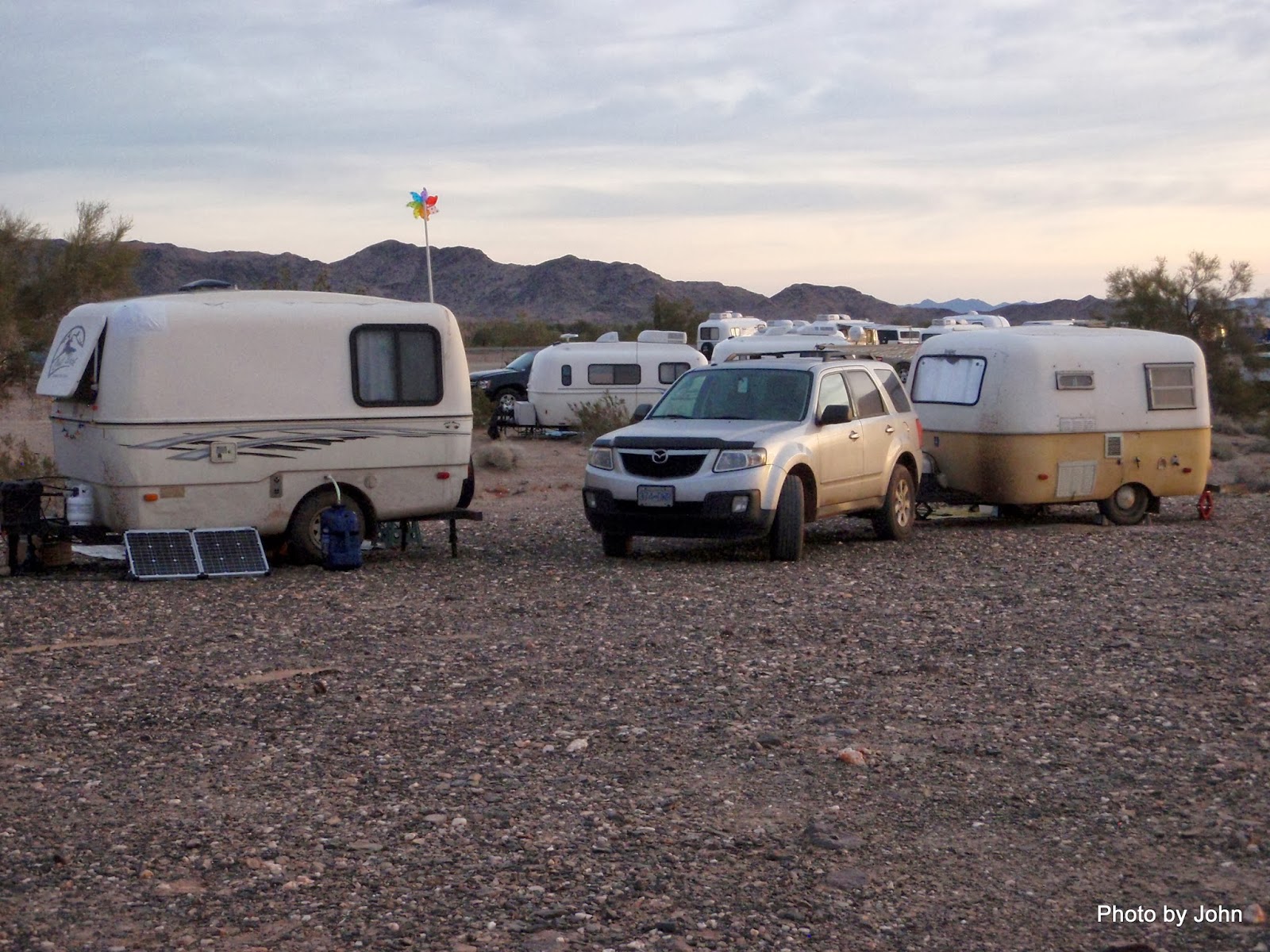 Unlike earlier in the week, we started to see some diversity of manufacturers and some of the 13 foot trailers. The Outback and the Boler both came from British Columbia. 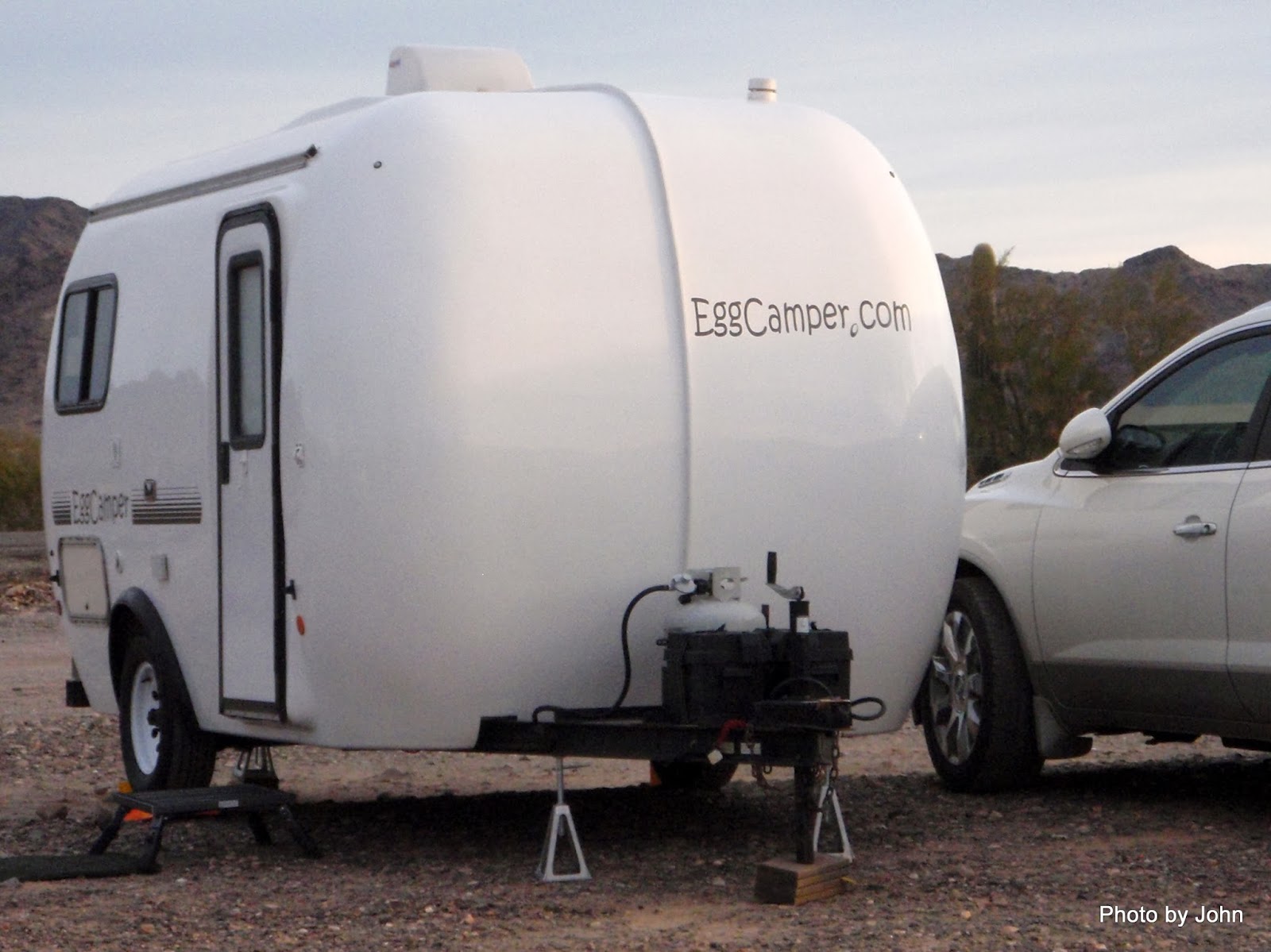 There was an Egg Camper 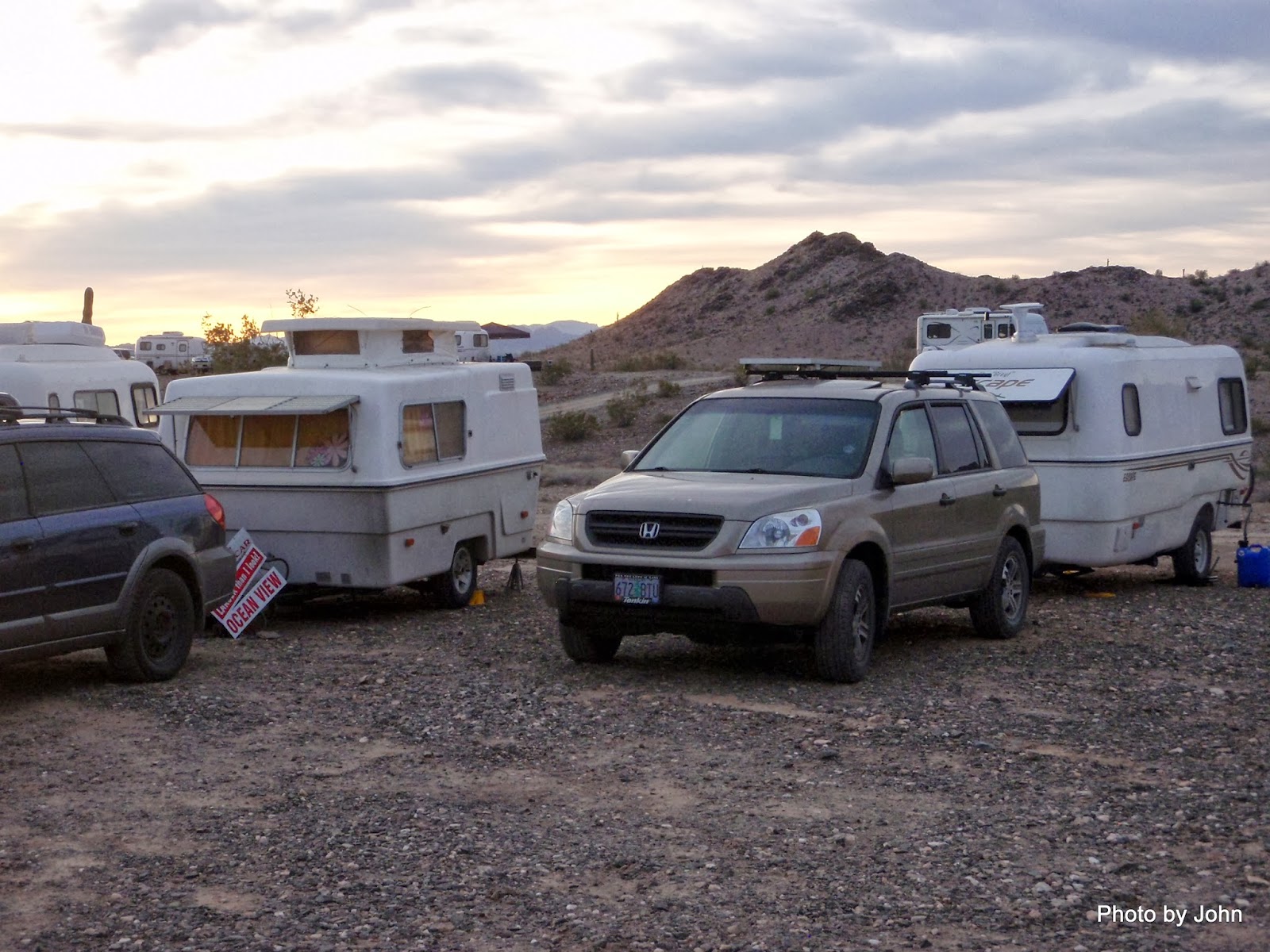 and a Compact Junior. There were several of the single axle Escapes as well as at least three Escape 19s. 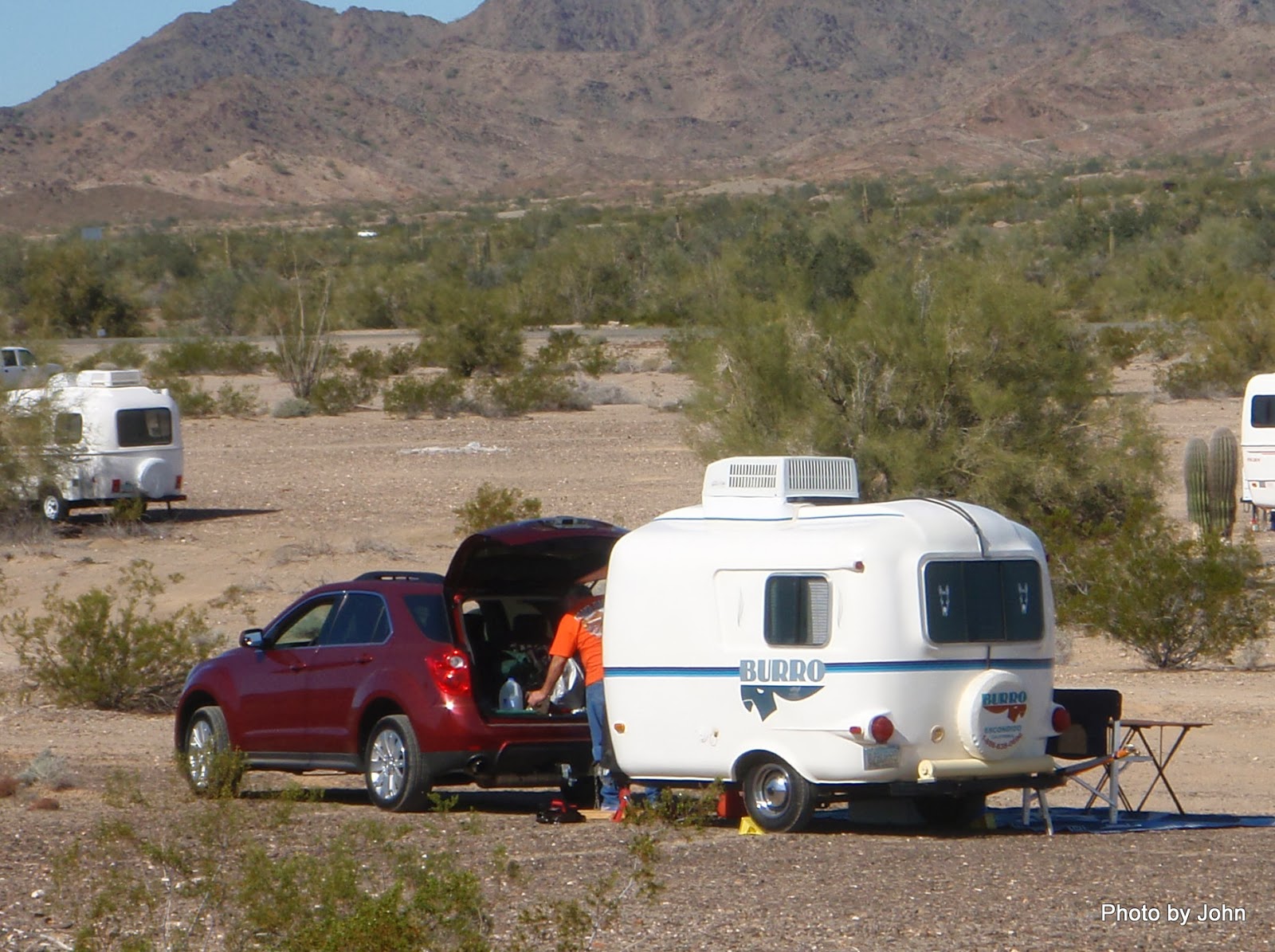 A Burro arrived, making it at least six brands that were represented by a single trailer. 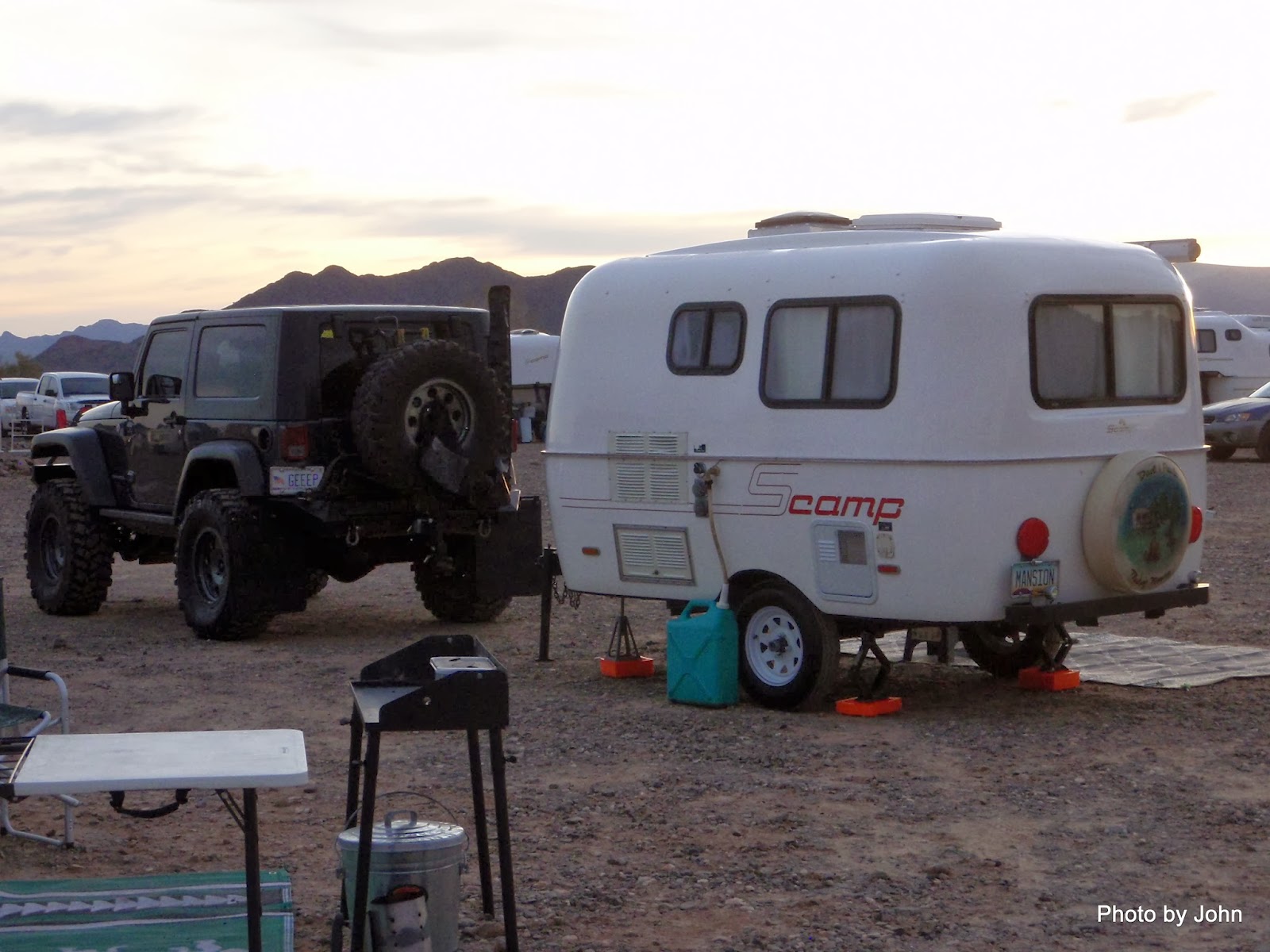 Several Scamp 13s showed up including Dave & Paula's rig that was sporting a For Sale sign later in the day. It's a very nice, basic rig with a birch interior and a wide dinette / bed. 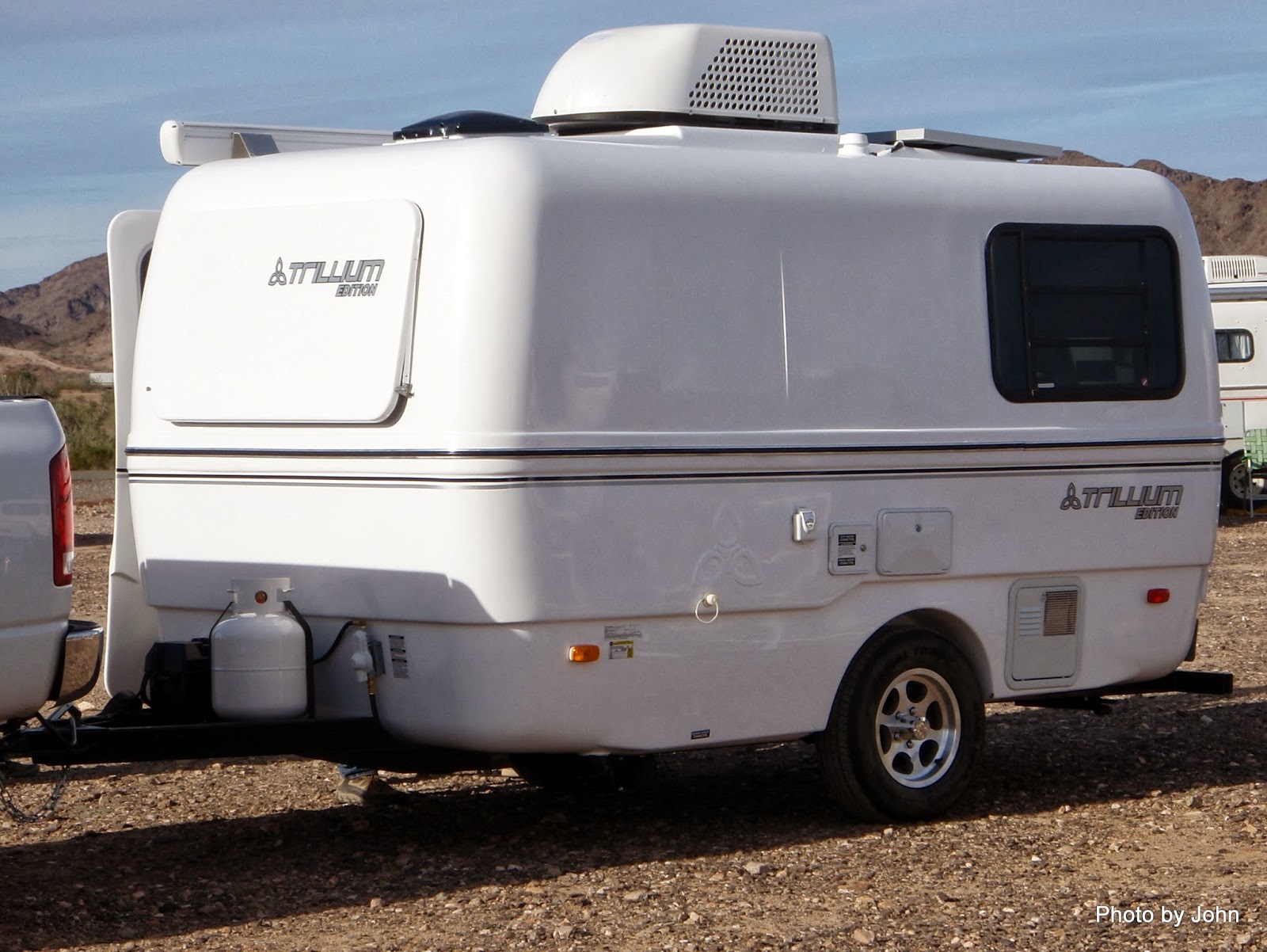 We even had a brand new Trillium join us. Turns out there is a dealer in the Phoenix area representing them.

In town there was a display of Oliver trailers - a used 17 and a pair of new 22 foot units. They certainly represented the Oliver's reputation for fit and finish very well!
Posted by Just Finding Our Way at 5:00 PM