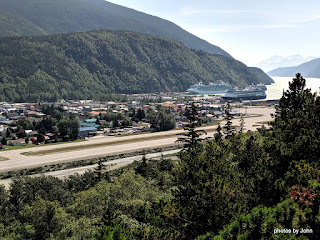 The vast majority of visitors to Skagway arrive on cruise ships these days. There are a limited number of options for RV (or tenters) in Skagway. If you're approaching by road, you're going to approach from the north via Canada. US Customs was quick and easy although she did ask about pork products which certainly caught us by surprise. We listed them, she smiled, and said to enjoy our stay in Skagway. 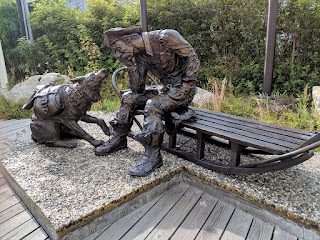 Skagway as we know it exists because of the Klondike Gold Rush, and the town still leverages that experience for their existence. 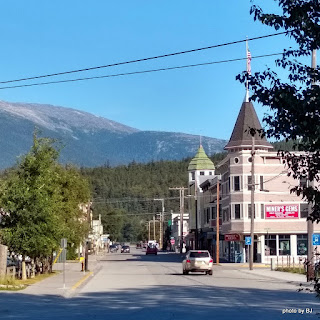 The vast majority of the buildings in the downtown area date to the gold rush. 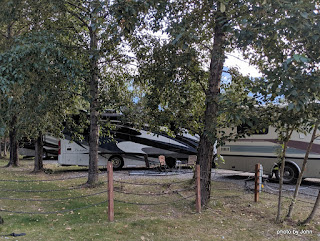 The city owns and operates two RV Parks and a free campground located 11 miles out of town, not far from the National Park operated campground. We made reservations several weeks in advance for Pullen Creek. We chose this one because it was 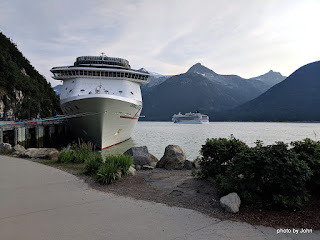 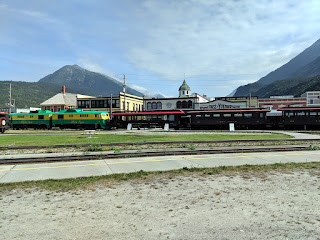 and the train station, just a couple blocks from downtown. 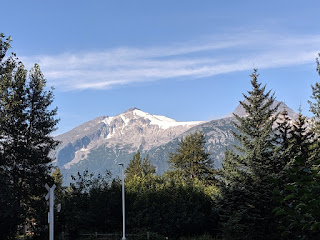 Even better, it had views of the glacier on clear days. 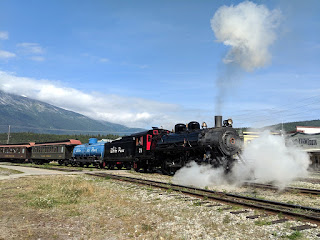 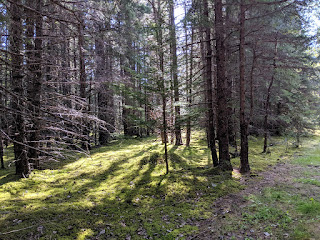 One day we drove out to Dyea. Once the location of a large settlement at the head of the Chilkoot trail, it's been taken over by forest. 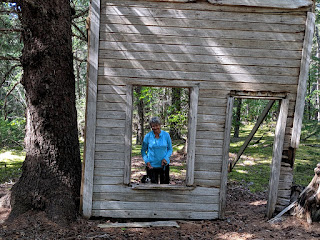 This is the only piece of structure left in the town site although there are lots of built up spots where buildings once stood. 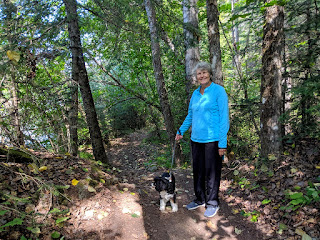 We did get to the start of the Chilkoot Trail and talked about the logic of even considering it at our ages. 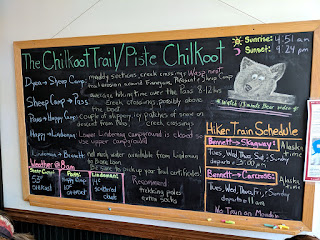 We even sat in on the daily briefing for folks with permits to hike the trail, 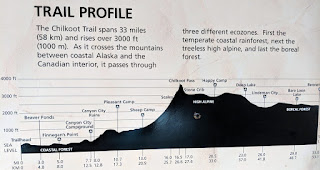 but a review of the trail profile and distances between permitted camps crossed it off our list. I'm still interested in going as far as the Scales on an out & back but haven't researched if that's an option or not. 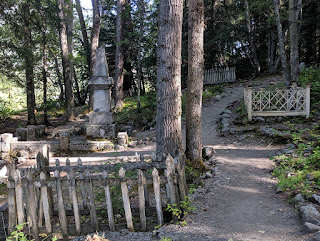 Another day we wandered through the gold rush era cemetery. The town has done a lot of research on the graves here, and placed wooden markers at known graves. The infamous Soapy Smith is buried just outside the cemetery but the man that killed him has the largest marker in the cemetery. Something about the "wild west!" 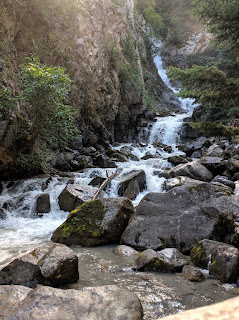 We walked past the cemetery to the waterfalls, in part because there was a geocache located there. After locating the cache and signing the fresh log that the cache owner had just replaced, we wandered back down the hill to check out more of the cemetery. 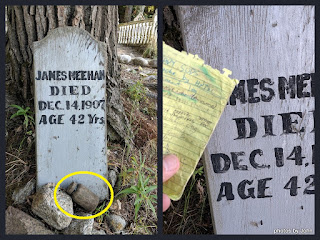 At one of the markers, I noticed what appeared to be a geocache laying at the base of the marker. Inside was a log sheet for the cache that we'd just located at the waterfall. Turns out this one went missing a couple years ago and was replaced at it's correct coordinates. Meanwhile, someone moved this container over 550 feet away from the correct coords. After correspondence with the cache owner, this one has now been removed and may be reused in Arizona just because...
Posted by Just Finding Our Way at 2:30 PM