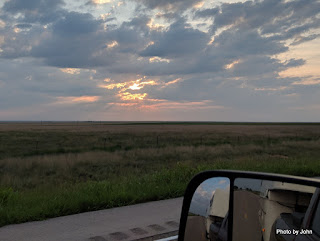 I headed south out of Tucumcari early enough that I got to enjoy the sunrise trying to break through the clouds. 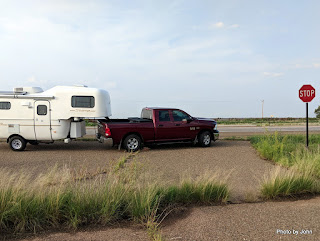 When I got to Clovis, I hung a right on Highway 60 and headed towards home. Clearly, there were some expectations that didn't pan out. A nice intersection sporting aging, cracked asphalt and a stop sign that ends at a fence immediately behind me and nothing but prairie beyond that. It's a nice stop sign! 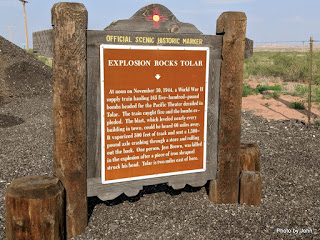 New Mexico does a great job of putting in "Official Scenic Historic Markers" although sometimes with little notice that they're coming up. This area had been overtaken as a storage area for asphalt millings while they were resurfacing the road but the sign told an amazing story. You can click on any picture for a larger version. 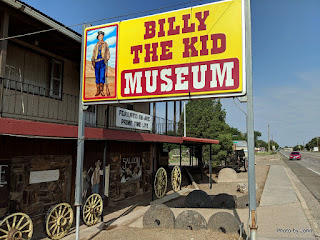 Fort Sumner was another crossroads with history and not much else. In this case, it appeared the town was staying alive thanks to the Billy the Kid Museum. 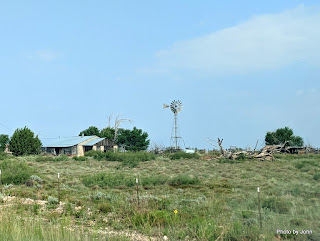 More often, it was occasional old ranch buildings that were falling down. 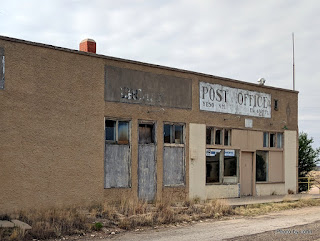 The Yeso Post Office has seen better days but the building looked like it might still be salvageable if you had a reason to live in Yeso. Like almost everyone else, I just kept rolling through town. 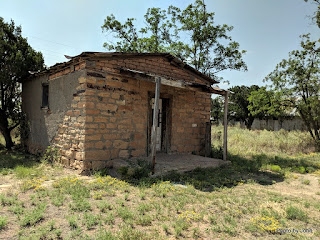 Duran was once a railroad town but the railroad left and later the town was impacted when I-25 was built. There are a number of interesting abandoned stone buildings and about 35 remaining residents in town. 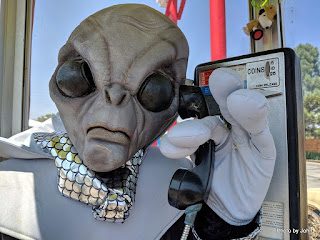 Corona is about 100 miles NW from Roswell but apparently close enough to be visited by aliens. As near as I could tell, this one was a legal alien. 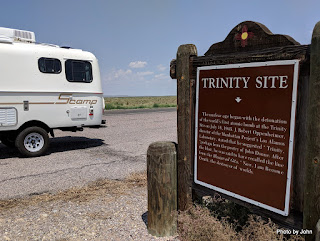 Another scenic historic maker, this one commemorating the Trinity Site - the location of the first atomic bomb test. The actual site is well to the southeast of the sign. 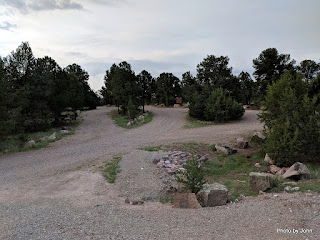 Home for the night was BLM's Datil Well Campground in Datil, NM. This a first come, first served campground at about 7500' elevation. No hookups, but absolutely spotless bathrooms, and a miniature visitor's center with wifi. I don't think any of the sites are level, but I was able to get close enough with a couple lego blocks that I didn't have to unhook. 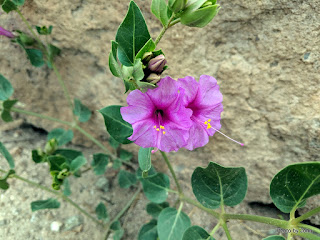 The weather was delightful. The campground is not far from the continental divide. I was pleasantly surprised to see wildflowers thanks to the elevation and recent rains.