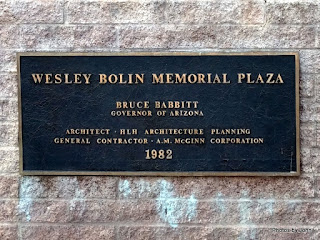 In spite of living in Arizona for 27 years, I'd never visited Wesley Bolin Memorial Plaza until a couple weeks ago. The plaza is essentially surrounded by state government buildings that house civil servants and not-so-civil elected lawmakers. 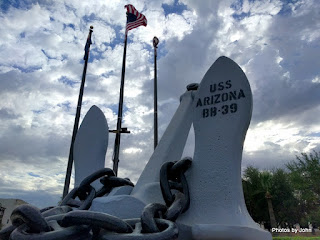 What I didn't realize until my visit, was the large collection of other memorials at this plaza. 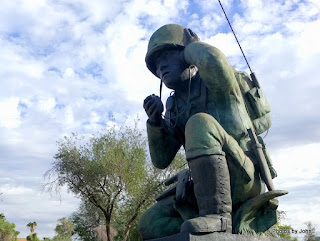 The day was nearly overcast and occasionally spitting a bit of rain. The light made for poor photos, but I enjoyed my time reflecting on each and every memorial. This one was for the Navajo code-talkers who played an integral part in the war in the Pacific. 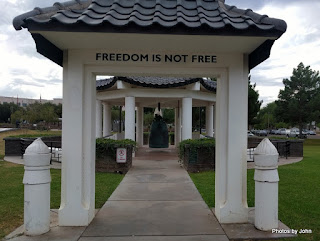 The spot I'd selected to park was near this gateway leading to the Korean War memorial. 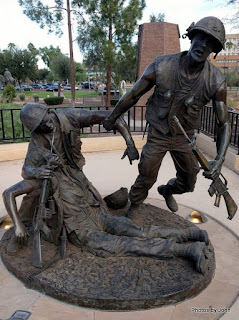 The one that hit closest to home, perhaps because of my age, was the Vietnam memorial. In addition to the sculpture, there was a timeline of the major events and a listing of the Arizonans who lost their lives in Vietnam. 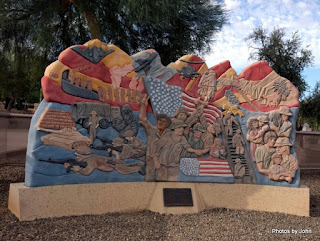 The most colorful memorial was to the people who served in Desert Storm.

In addition to all the military memorials (I've only shown a few,) there was a memorial to slain peace officers and a very large memorial to fire fighters.

It wasn't intentional, but the visit certainly got me thinking about Veteran's Day and all the people who have died in service to their country. 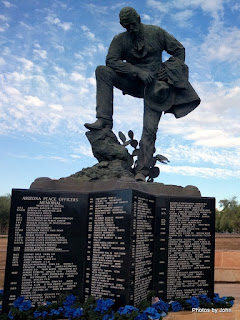 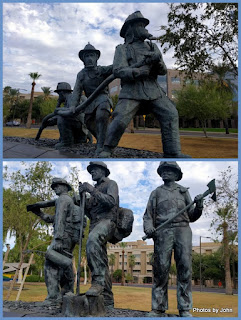