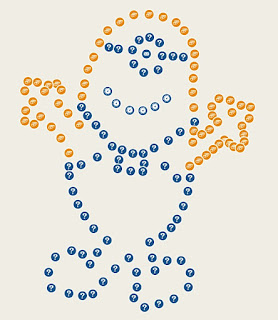 I rarely do geocaching art. BJ and I did a simple one north of Las Vegas 18 months ago but I usually find them boring. I usually don't pay too much attention to my Difficulty/Terrain rating grid either, but last summer I realized it was getting nearer completion so I started watching out for caches that would fill one of the grid slots. There are 81 spaces in the grid. Our second trip to Globe a couple weeks ago was in part because of a cache that would fill a slot, leaving me with just two slots left to fill. 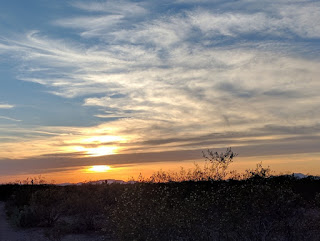 I recently realized that there was one spot in the state that has caches that could fill both empty slots. Seems that there were three caches in the Minion series east of Tucson that had high difficulty and terrain ratings, including the two pair of ratings I was lacking.

Given the near 100 degree daytime temps, I figured I would get in position and then do the 2 mile hike to the caches in the predawn darkness. 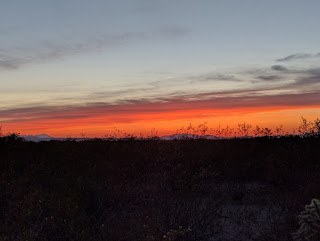 I got in position before sundown and decided to do the hike in the waning light instead of waiting. I picked up a few of the caches on my way in so that I'd know what I was likely looking for and so that I would have a nice round caches found number when I finally got to the primary target. 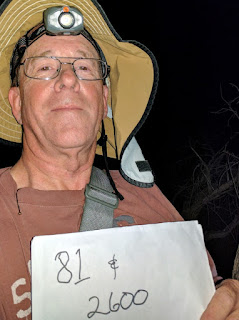 I found the first one that filled a slot as the light totally disappeared. There wasn't any moon but the starlight was enough to be able to stay on the trail in the smooth parts without any artificial light.

After picking up #80 and another cache, I headed toward the one that will fill the 81st slot in the grid. My calculations of where it should be were apparently off slightly but I found it once I opened up my search radius.

I love nights in the desert which made this trip even more special. I headed back to the truck and settled in for the night. 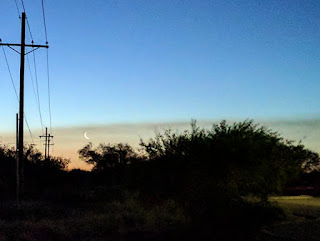 As the eastern sky started to glow early the next morning, it backlit the sliver of moon that was just getting around to rising. 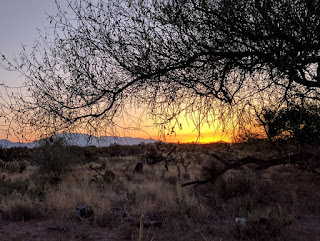 I went out again, this time looking for the one and only letterbox type cache in this series, serenaded by a Peregrine falcon sitting on a power pole hunting for breakfast. 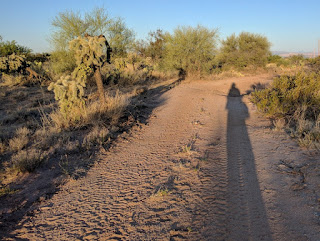 With the sunrise creating long shadows I made my last hike back to the truck. I'd toyed with driving in for this cache but the road was very deep sand AND more importantly, narrow enough that I would have ended up with Arizona pin-striping on the truck. 'Sides that, I need the exercise. 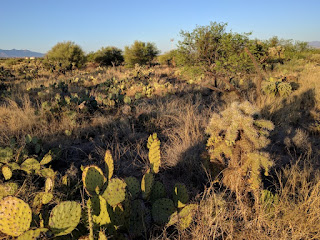 I'm sure glad that I'm not trying to make a living as a rancher leasing this state land. On most of it, all I saw was creosote and prickly pear. At least in this one spot there was some dry grass to add interest. 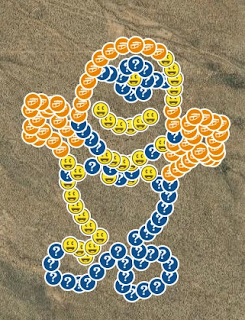 I added a few smilies to the map and got the caches that I really cared about.

The grid is full and it's one more thing I can ignore now but I'm glad it was the impetus for a fun night hike!
Posted by Just Finding Our Way at 2:30 PM