With BJ out of town on her annual "making Christmas cards" trip, and with blog friends CozybeGone and Tinycamper in the south tempting me with reports of their camping, Turk and I decided that we needed to field test the sink and latest plumbing modifications.

In addition to boondocking opportunities on BLM land, I had a second reason for selecting this area - it's just down the road from The Bayfield Bunch's southwest house. Al had mentioned seeing a Scamp 19 (although he called it "the smallest 5th wheel I've ever seen") on their way from Ontario a couple weeks ago, so I arranged to stop by and show them one up close and personal. Of course, I didn't get any pictures while I was there. 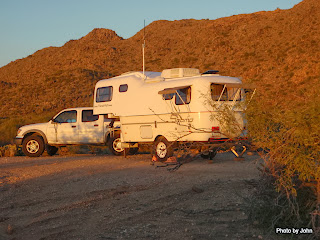 Al took the time to show me around the BLM land that isn't far from their house, pointing out some of the more popular spots.  Turk and I got set up in a convenient spot that is at least 500 feet from the nearest neighbor. 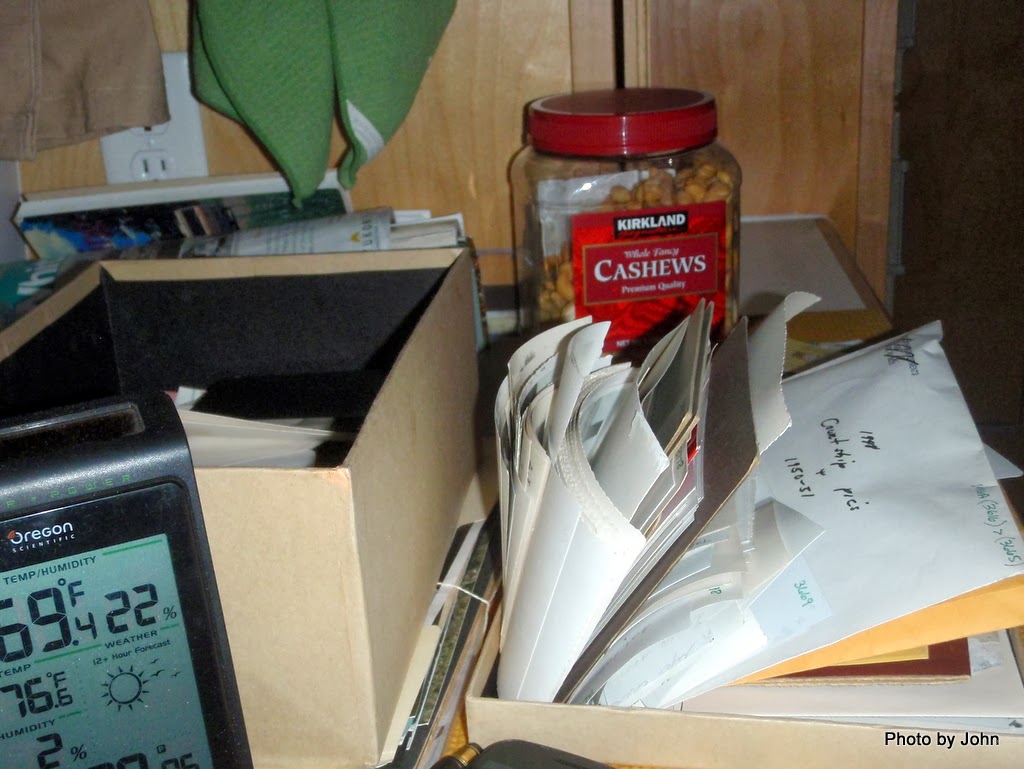 I brought the small scanner with me so that I could keep making progress on the scanning project.  Since I'm dealing with just photos with this scanner, it's a bit faster than the old film I've been scanning at the house. The trailer batteries are standing up well to the extra load from running the computer and scanner all day. 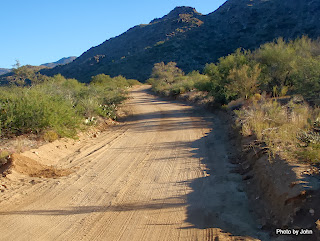 The road in (the first road) to the BLM area was very nice and appeared recently graded. There appear to be five rigs in the area right now. Most are well spread out. 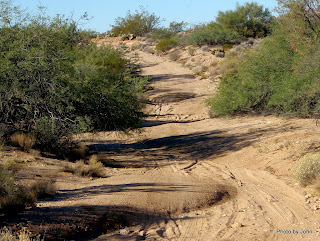 The second road (the far end of the loop - visible on Google Earth) is not so nice - lots of washing and lots of loose sand. There are some nice spots along this end of the road but to me it isn't worth the challenge.