Wandering, But Not Very Far 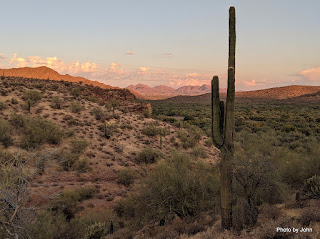 The Scamp hasn't been out of the garage since February. I haven't been out as much either. Early in November I headed out looking for a spot that might make sense for an EarthCache. 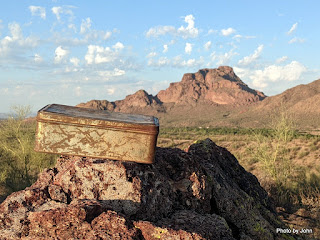 I enjoyed the early morning wander, and managed to find a couple geocaches I'd ignored, but didn't find a view point that depicted what I'd hoped to feature. 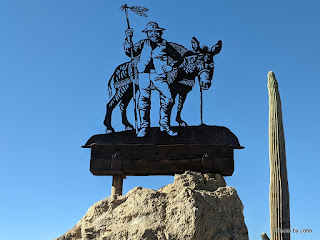 Another day, BJ and I headed out to Goldfield Ghost Town. We've been there before, many times, but on this visit noticed things we'd never noticed before. 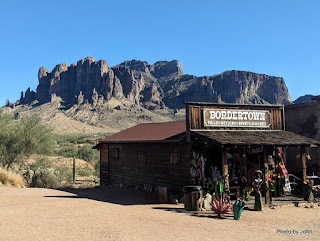 Crowds were light enough that I could get a picture without people in it. Those that we did see were all masked up but we didn't see anyone wearing spurs or sidearms. 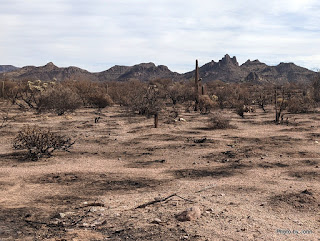 We had several major fires in the area this year. BJ and I headed out for a geocache that was a potential First to Find. It was obvious that the trail we used had served as the fire line. One side was crispy, the other side still had its normal vegetation. 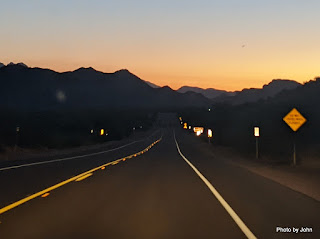 Yes, there's a bit of a theme. A friend and I headed out just as the sun was adding some color to the sky. We were on a mission. 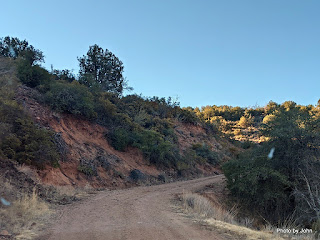 The goal for the day was to visit surviving sections of the original highway that ran from Mesa to Payson. Some portions have remained in use as Forest Service roads. Other sections left signs of cuts on the hillsides, but the road surface had disappeared. 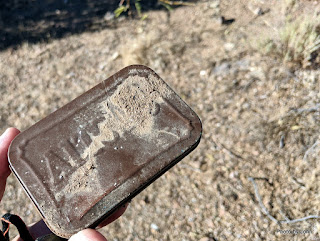 We found what we were looking for, and got to learn a bunch of interesting history while completing several short hikes. All told, a very good day! 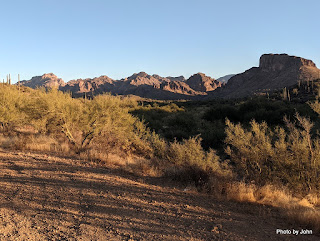 Last week we headed out to visit the area along the Hewitt Canyon road. BJ and her SAR friends know the road well since it heads to a couple of the wilderness trail heads. 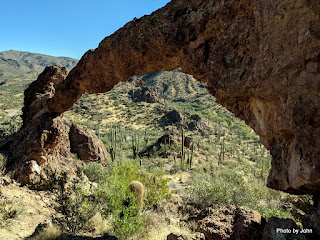 I had no idea we had an arch in the area until we went hunting a geocache. Not far from the road, but uphill was the primary descriptor! A beautiful spot that I wouldn't have noticed if not for the geocache. 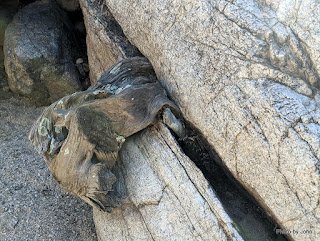 As always, there are questions. Which came first, the crack in the boulder or the tree root? I'd show more of this area, but I'm hoping I can jump through enough hoops to get permission to have an EarthCache here. 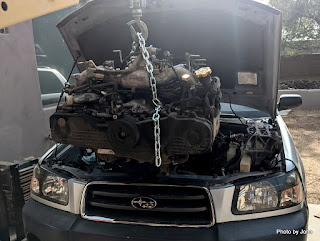 Meanwhile, I'm seeing if any of my "ancient history" skills and knowledge can be revived. When I started adapting the Silver Subie, I knew an engine overhaul was in it's future. 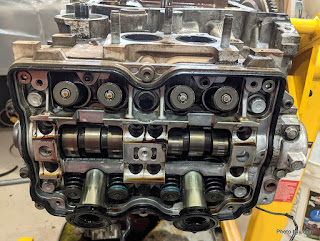 I got it all broken down and was super pleased to see very minimal wear internally. The cylinder heads are at the machine shop and should be ready today. Most of the parts have arrived and the rest should be here by tomorrow. I'm loving doing this on my schedule. I suspect it will be a couple weeks before I have it back together - the nice thing is there's no rush. 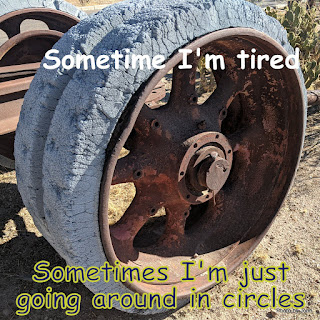 Guess this sums it up!