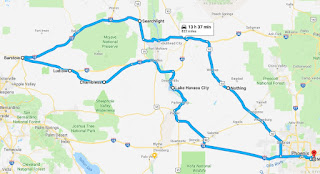 The weather has been super hot, limiting any interest in local hiking. Once again, I put together plans for an overnight trip, looping up through Searchlight, Nevada and then over to Barstow, California before heading home. 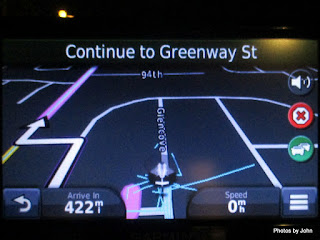 As is typical when I'm traveling solo, it was an early morning departure, but the GPS in the car was loaded with the route, 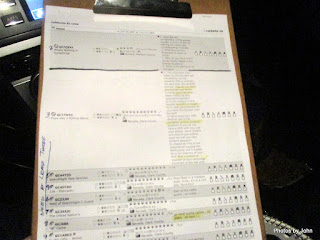 and cachetur.no made creating a list of caches an easy task. I was going to concentrate on some earth caches and a handful of other caches that looked interesting. 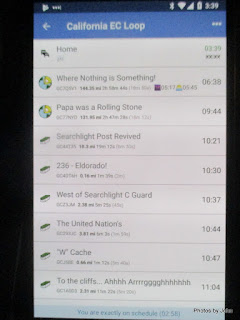 One of the nice things about Cachetur is that the new app updates an estimated schedule based on actual arrival times. By adding a waypoint at the beginning for home, I was able to start the list with an accurate departure time - 3:39 a.m.

Cachetur estimated the trip to be 871 miles with a completion time (including time for the 25 planned caches) of 23 hours, 14 minutes, and 59 seconds. I'll admit to being crazy, but I'm not going to do a 24 hour trip without some rest so I decided I'd get a hotel in Barstow before starting back. 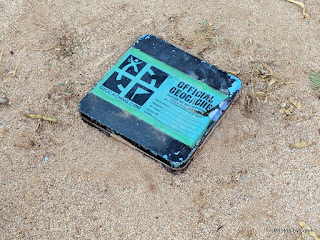 I took lots of pictures on day one (on the phone) and managed to lose every one of them when downloading them to the computer the first evening. This one is from the next day and the previous ones are from my old Canon camera which takes terrible pictures thanks to all its river abuse. 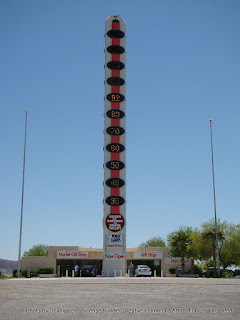 The best stop of the day was in Baker, California which bills itself as the Gateway to Death Valley. The thermometer stands 134 feet high to commemorate the highest temperature recorded here. It was 108 degrees when I was there, slightly cooler than the high in Phoenix that day.

This picture isn't mine - it was taken several years ago and is used in accordance with the Creative Commons license.

I got into Barstow about 2 hours ahead of schedule. A hotel room with a working air conditioner gave me a place to log the various caches I'd completed. An early start tomorrow for the trip back including a section of Route 66.
Posted by Just Finding Our Way at 2:30 PM