Driving Around in Circles 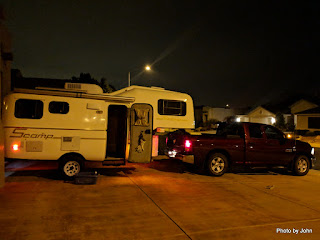 With the big move for our daughter & SIL out of the way (a move where I was able to avoid the hard work!), it was time for me to hook up the trailer and look for someplace cooler. 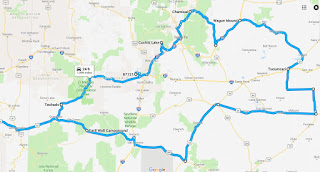 This time it will be a loop around parts of Northern New Mexico that I've not visited. Since BJ's back continues to bother her, especially when sitting, this will be a solo trip but at a slower pace than the handful of one or two night trips that I've done this year. 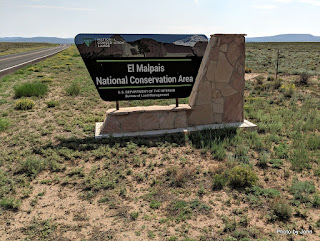 As has become my custom, I'm letting the geocaches determine where to go. It doesn't make for the shortest distance between two points, but does raise the odds of seeing something interesting along the way. For example, in all the years we've been driving to and through New Mexico, I've never visited El Malpais National Monument so this time I'll stop to make observations at some earthcaches and a virtual cache on my way to Albuquerque 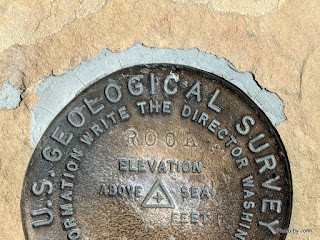 One of the things I observed was how helpful benchmarks can be --- who would have guessed that was a rock?? 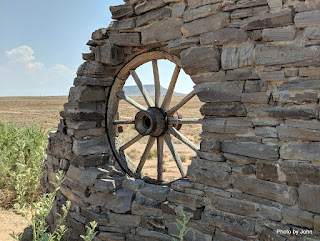 Defunct land sales seem to be an item, at least on the back roads. 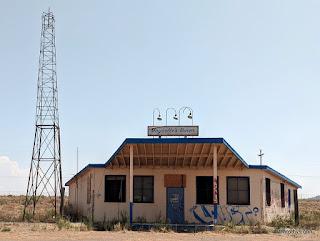 I stopped at Maybelle's for lunch but had to bring my own. 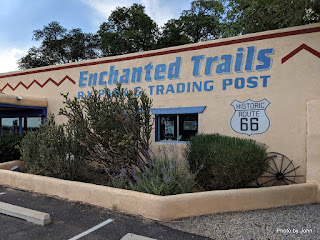 Home for a couple nights in Albuquerque. Temps were in the low 90's so power for the air conditioner was much appreciated! 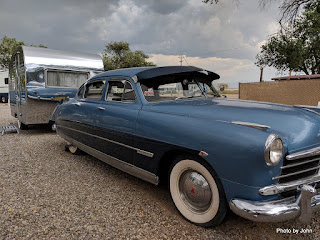 They have several classic trailers that they rent on a daily basis as well as a couple very nice Hudson cars that they don't rent! 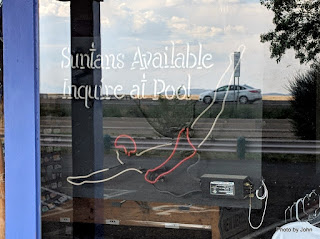 It's hard to read because it wasn't lit, but in the front window they advertise 'Suntans Available - Inquire at Pool.'