Initial Mods for the Vista 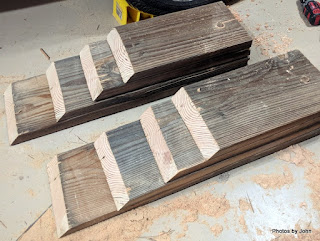 I promised that I wasn't going to work full time on the mod list for the Vista since I had all winter to get them done. I started by cutting up a couple old 2x10 boards to create some ramps. The RV is low enough that I can't get under it from the sides using a creeper, so I decided to help it grow up.

Driving this rig from Iowa was like trying to herd cats in a rain storm. It wallowed badly and got worse in cross winds. Turns out, lots of other people had already experienced the same thing with this chassis which is essentially unchanged since the early 1990's. The inter web crowds had a cheap fix. I didn't think it would be enough, but decided to try it.  The upper mount remained untouched, 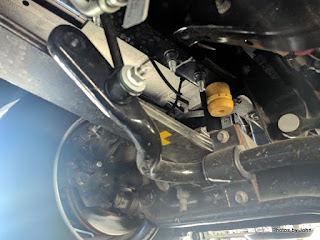 while the lower end of the front sway bar links were moved from the original placement at the outer end of the sway bar arm to the inner, pre-existing hole. 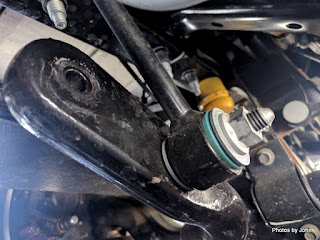 A super quick change that made an incredible improvement. Still not as good as I'd like to to be, but definitely much, much better. 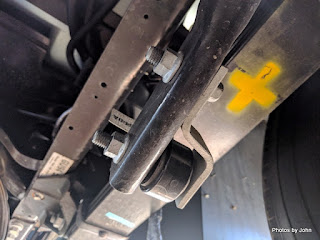 Haven't done the rear ones yet since its reported that it doesn't make as much change, but I expect to do them before the rig heads north. The rear sway bar installation is the same except that it has the extra bracket to put the link bolt into a double shear situation. 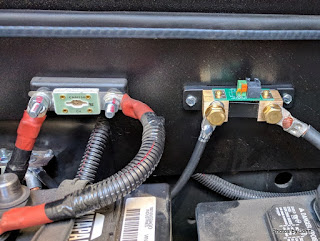 The next project was to install the shunt for the Victron battery monitor. I put it in next to the existing fuse for the stock inverter. I needed to get this installed so that I could do an energy audit before determining how many panels would be needed for the solar installation. 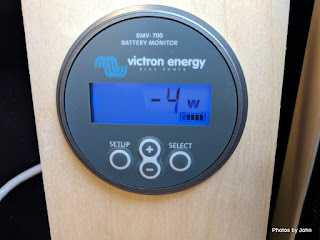 With the inverter off, there was still 3 to 4 watts of phantom draw. I think it might be the propane detector, but I haven't taken the time to dig deep enough to temporarily discount it. 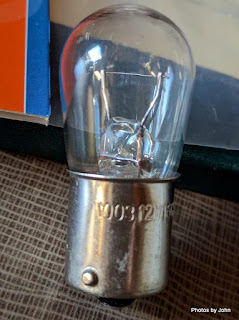 In the process of doing the energy audit, I discovered that several lights were still sporting incandescent bulbs. The three lights in the service bays, the porch light, and the two bulbs in the dinette light were all incandescent bulbs that draw about 18 watts each. 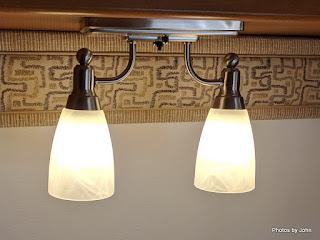 The dinette bulbs (with a T5 base) were replaced with LED lamps that draw 3 watts each. The other incandescent bulbs will be changed out in the near future.

I did a pretty complete power audit, but did skip testing the power draw on the furnace - with our temps still running above 90 degrees on average, I'm not really interested in adding more heat to the equation.

Next up will be starting on the solar installation and wiring.
Posted by Just Finding Our Way at 2:30 PM