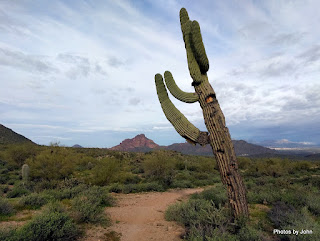 I had a list of stuff that I needed to get done today but decided to head out over the hill for a couple geocaches before the forecast / threatened / promised (choose one) rain arrives. Had some clouds off to the northwest, but there was some sunlight shining on Fountain Hills in the distance. 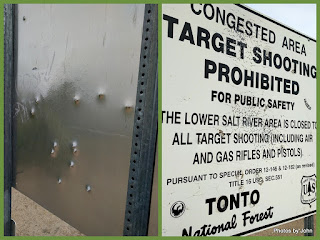 This area is part of the Tonto National Forest. There's a shooting range south of here, but apparently some folks can't resist using a sign for "target" practice. 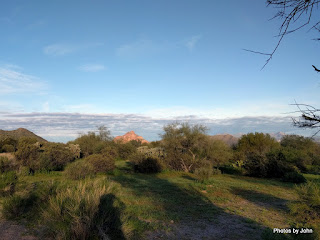 The sun was just coming up, leaving long shadows. Red Mountain was just poking up on the western horizon. 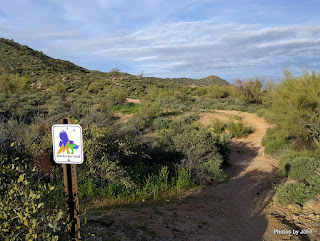 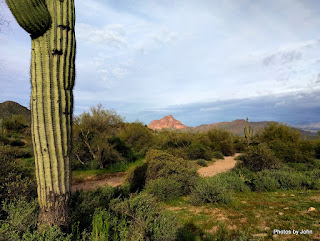 I always love watching the light change on Red Mountain in the morning. With all the clouds, it wasn't as spectacular as it sometimes is, but it's still special. 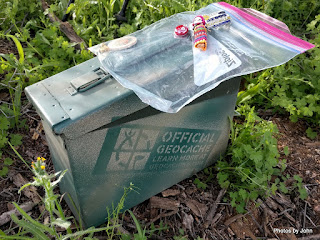 Managed to find the two geocaches I was looking for before heading off to take care of business. 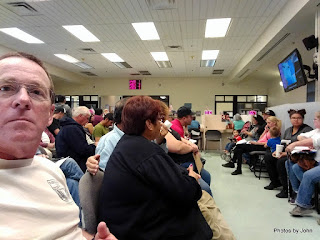 Because I'm officially over the hill now (at least one of them) I had the privilege of spending five hours today doing all the paperwork for a new drivers license. The place was nearly empty when I started this morning, but that was because their computer system was down. Two hours later the place was full.

At least I wasn't in the line that wrapped around the Justice Court building. Apparently everyone else in town had traffic fines to pay.
Posted by Just Finding Our Way at 2:30 PM