A Touch of Culture 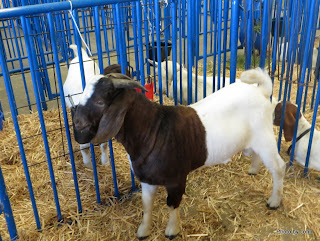 It's State Fair time in Arizona. We went on the first weekend and were disappointed in the animals. A bunch of goats and rabbits and a few beef, but no dairy or sheep and only one pen of small pigs. Perhaps those will be later since the fair runs for a couple weeks. 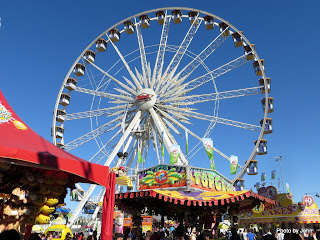 The carnival portion of the fair seems to get bigger every year, and the rides get less and less interesting! 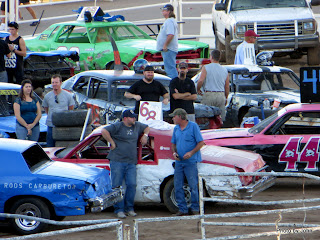 The big reason to attend the fair the first weekend was to get a dose of culture at the figure 8 races. These are lots more interesting than a demolition derby because there's some speed and daring to go with the mud, mayhem, and trashed cars! 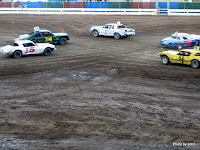 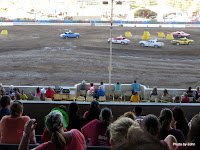 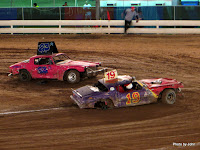 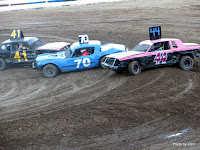 Posted by Just Finding Our Way at 6:59 PM