Another Short Bit of Wandering 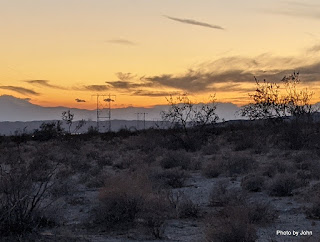 With vacinations out of the way, it was time to make a long weekend trip. I figured the distance was too long for an overnight, so I positioned to some BLM land just outside of the south entrance of Joshua Tree National Park for my first night. Found a spot just about the time the sun was setting, fixed dinner, and went to bed planning an early departure.
The intent of the trip was to get caches in Orange, Los Angeles, and Santa Barbara counties. 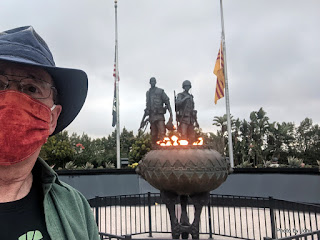 The next morning I left at 0'dark thirty to time my first Orange County cache at first light. I got a letterbox and a multi out of the way before stopping for a virtual at a Vietnam War Memorial.
I also picked up a challenge cache and a mystery cache before leaving Orange County. 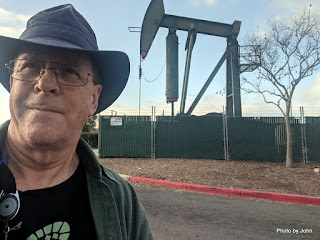 My first stop in Los Angeles County was for a challenge cache. I picked up another challenge and a traditional that started with "X" to help me out with another challenge. I'd hoped to stop at the Getty Museum for an Earthcache, but Covid continues to make some things difficult. 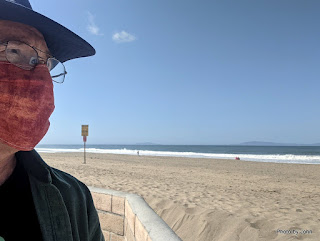 I didn't "need" any caches in Ventura County because we'd picked up a few when we camped along the beach on an RV trip a few years ago. That didn't stop me from getting a beach picture just because I could. 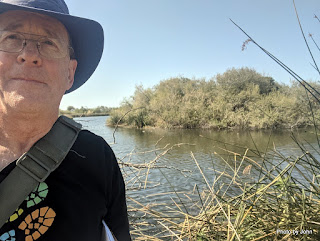 'Sides that, there was a series of caches in a Bird Sanctuary that had caught my eye when I was planning the trip. I ended up doing three of them (a Wherigo, a challenge, and a multi) but cut my time short because I had already heard about construction and slow traffic on the way to Santa Barbara. 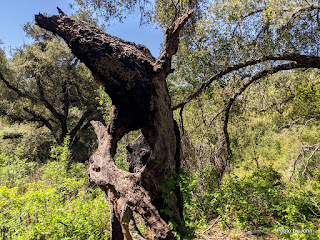 My first stop in Santa Barbara county was a bust for me. There was supposed to be a challenge cache somewhere near this burned out tree, but I was never successful in finding it. 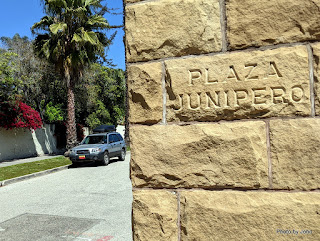 I did manage to find a cache in one of the nicer areas of town and left before they could tow the Silver Subie. 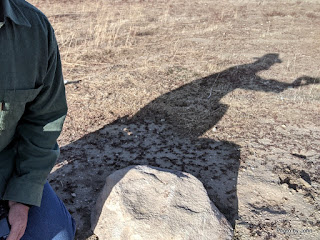 From Santa Barbara, I backtracked a ways and then headed east. Didn't find another challenge cache I wanted, but eventually ended up in an area with a bunch of hand made fake rocks that I wanted to check out. 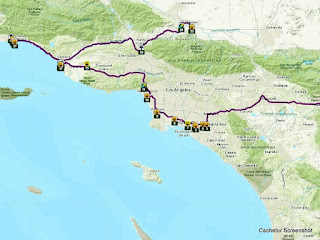 Home for the night was a boondock outside of Palmdale. 435 miles for the day and 3 new counties. It was only as I was doing this blog post that I realized I never logged a virtual and an earthcache that I visited, but now I've lost those notes. Oh, well - there will be others.
Posted by Just Finding Our Way at 11:30 AM