Twenty-five Big Boy locomotives were built for Union Pacific in the early 40's and were operated for nearly 20 years. UP acquired 4014 from a museum and rebuilt it in time for it to feature in the 150th Anniversary of the Golden Spike this summer. They're now taking it on a tour. 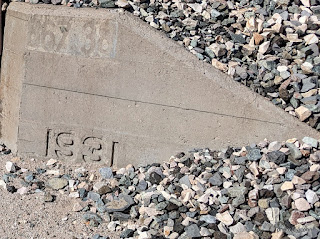 I knew of a place a ways from the main road where there was a small bridge over a wash and a slight uphill grade. I was hoping it was far enough away that it wouldn't be overrun with other sightseeing folks looking for a rare sighting. 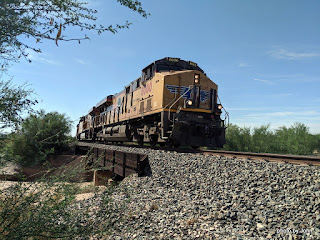 I took a chair and some snacks and headed out a  couple hours ahead of schedule, settling in the shade where I had a decent view and could take a few test shots. 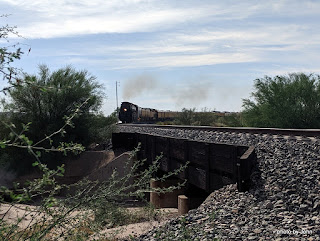 For an engine that weighs 1.2 million pounds with 16 drive wheels, it sure was quiet! 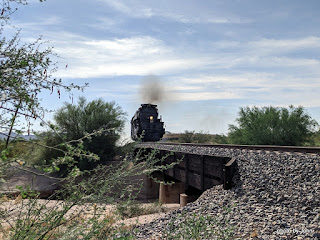 4014 was running late. It had departed Yuma late, and as a result had been side-tracked several times while paying traffic moved through. It finally showed up nearly 2 hours late. 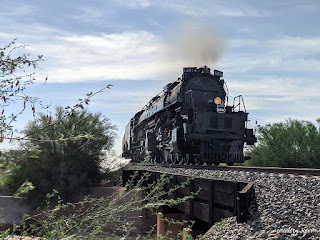 I figured with the grade that the train might come through slower than it did. It was running considerably faster than the freight trains, 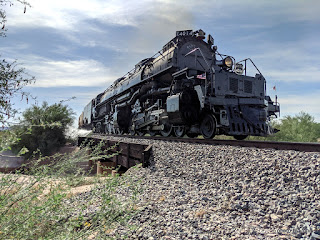 which didn't leave any time to compose shots. 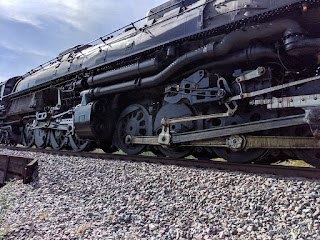 I was just glad that my Pixel phone shot as fast as it did. 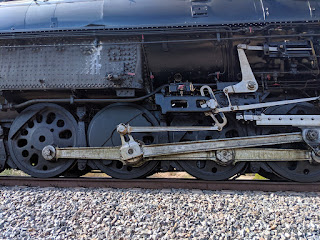 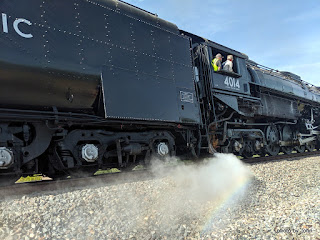 Looks like the engineer had someone looking over his shoulder. 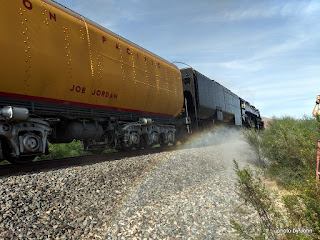 And with that, my less than 30 second meeting with railroad history was gone.
Posted by Just Finding Our Way at 8:02 PM