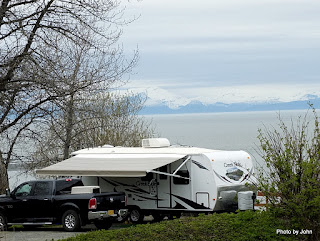 We headed for the Kenai for additional solar testing - at least that was the excuse. We got the view site (no reservations) at Ninilchik View - one of the Ninilchik River State Recreation Area campgrounds. We could usually see the base of the mountains on the far side of the Cook Inlet, but the vast majority of the five days there the skies were overcast. 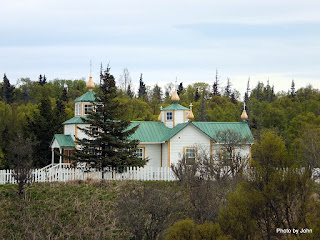 As we walked around the campground, we could see across the river to the Russian Orthodox Church in the village of Ninilchik. I visited there a couple years ago when we were in Alaska with our Scamp. 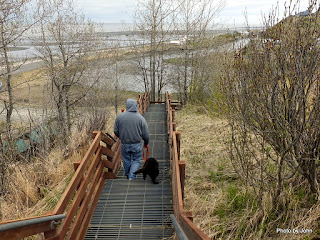 There was a really nice set of stairs from the campground down to the beach and the mouth of the river. The weekend we were there was opening weekend of the King Salmon season on the river. This year they were only open for 3 weekends for Kings on the rivers with the season a bit more liberal out on the Inlet. 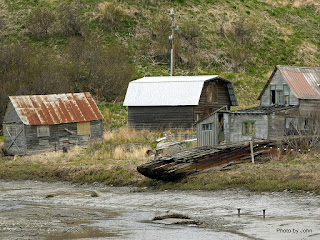 There were lots of buildings in Ninilchik that were showing signs of neglect. 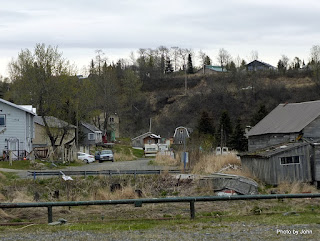 Even the buildings on the main street didn't show much activity. 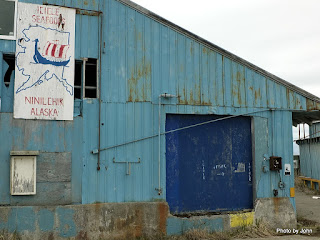 The seafood processing facilities were closed up, except where the windows were missing. It looked like they hadn't been used for years. 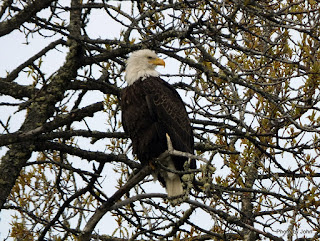 We had front row seats at our site to watch the eagles flying back and forth, watching for fish. 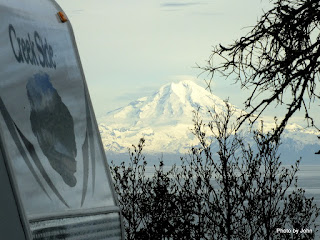 And one morning, the clouds cleared enough to see the top of Mt. Redoubt on the other side of the inlet.

Even though we had four days of overcast with some rain, we were able to make enough power to sustain the batteries for five days of normal use plus four hours of TV to watch the Indianapolis 500. We could have gone yet another overcast day if needed. Not bad!

Posted by Just Finding Our Way at 1:54 PM