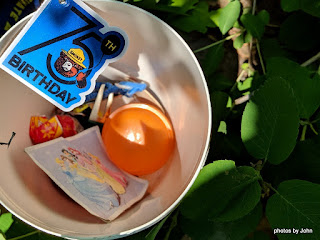 Our route through BC was designed to pick up as many 'regional municipalities' (counties) as possible while getting us time in Kelowna and eventually to Alaska. From Kelowna, we headed to Kamloops. Along the way, we dropped off one of the #smokeybear75 trackables, simply because the cache was titled, "Smokey Bear Rested Here - On Way to Vernon!" 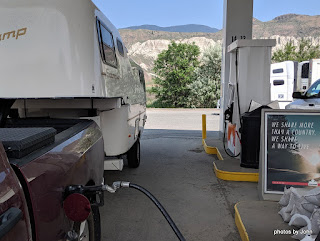 I was especially impressed with one of the earth caches near Kamloops. We were able to buy fuel, observe the EC requirements and find a spot to park for lunch, all within 300 feet of one another. Very efficient! 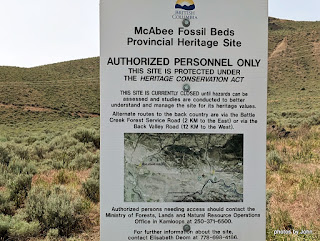 One of the other earth caches we attempted has now been signed so that you can't approach as close as we would have liked, 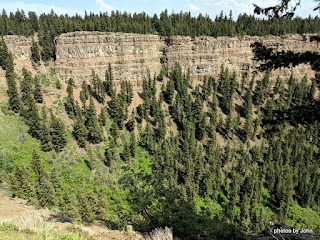 while another purported to featured painted cliffs, but nothing like the painted cliffs in the southwest. We did, however see a mountain sheep here - the only one we've seen on the trip so far. 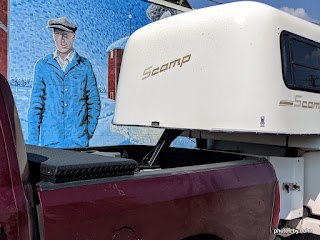 We wandered around 100 Mile House looking at murals and discovering the town is bigger than I thought. We took advantage of their municipal campground for the night. 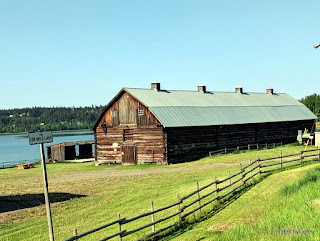 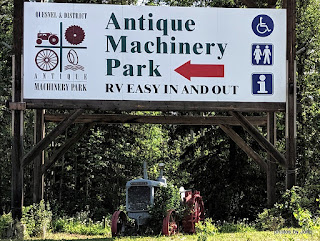 Had we been traveling slower, I would have been tempted to check out the Antique Machinery Park instead of just visiting the cache. 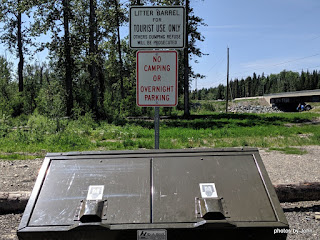 Last time we came home from our Alaska trip, we'd noted lots of "No Camping" signs at rest stops and other pullouts along the highway. This was the only one I spotted in B.C. this trip, but they are quite prevalent in Yukon. (The blog will get there eventually...) 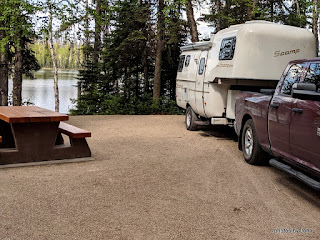 We spent one night at Crooked River Prov. Park, in part because there was an earth cache and a traditional cache near the day use area. When we logged our earth cache observations, the cache owner mentioned there was a new cache near the park entrance so we stopped and snagged a First To Find the next morning. 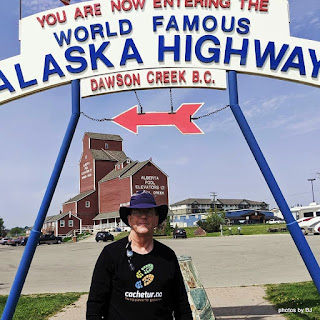 I took a bunch of pictures at Dawson Creek because it's such an iconic location, and then managed to lose all of them when trying to download them to the computer. This was the only survivor.
Posted by Just Finding Our Way at 2:30 PM