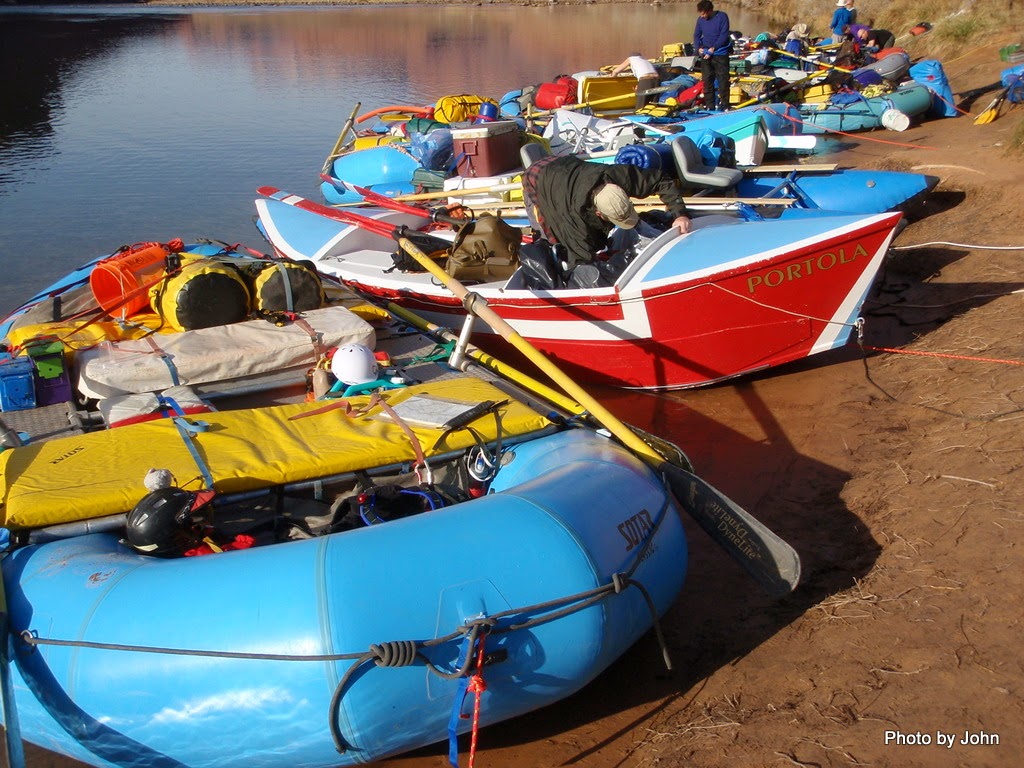 The boats were tied up over night at the river runner camp just below the launch ramp at Lees Ferry. Our boat (foreground) was loaded and ready while others continued stowing gear. 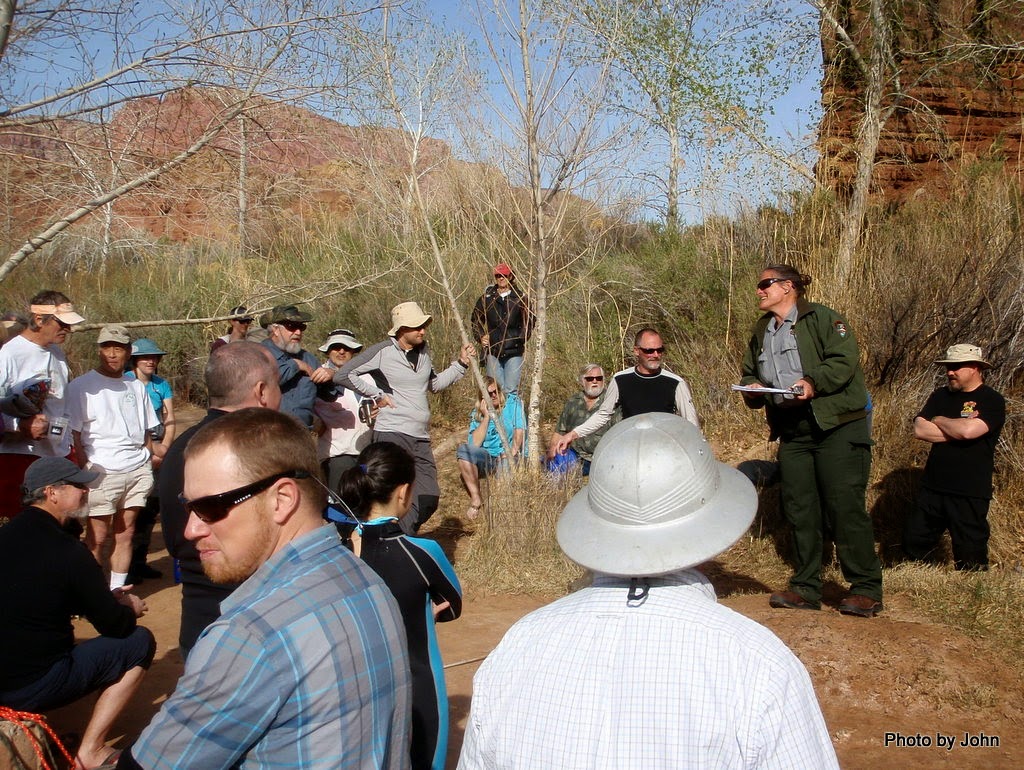 A required part of any Grand Canyon river trip is the ranger briefing. Peggy did the briefing for our group and the other group that was launching. For many, this was old hat while for others this was their first trip and they paid closer attention. 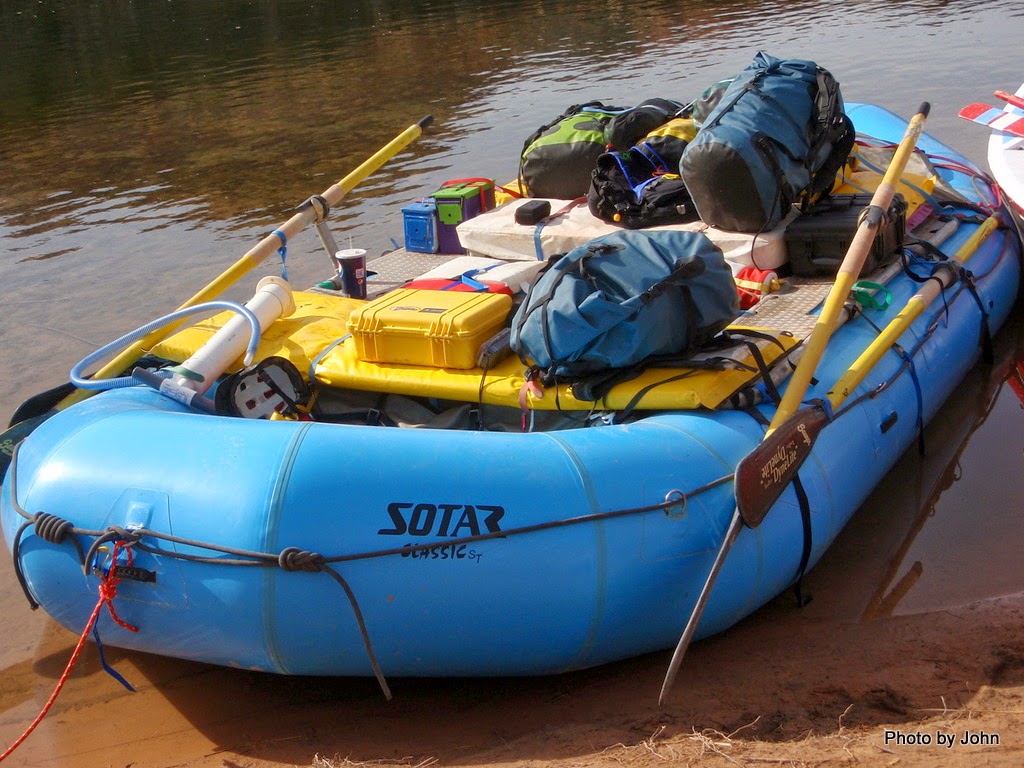 After the briefing, we were the recipient of additional gear, 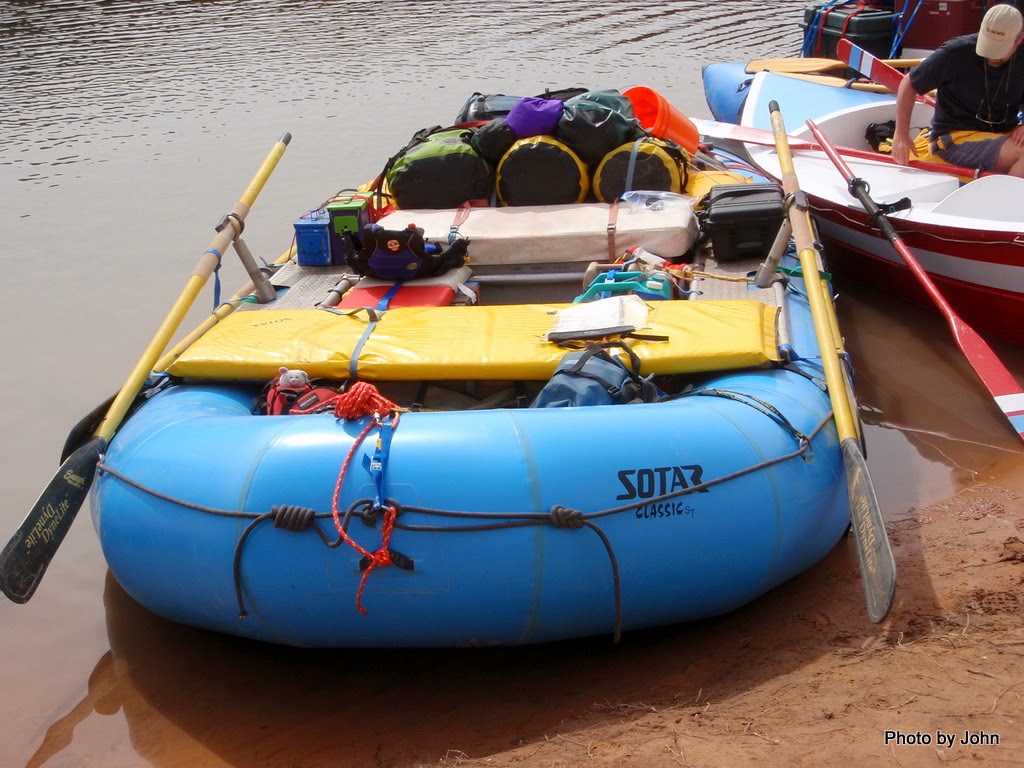 which we stowed and tied down. 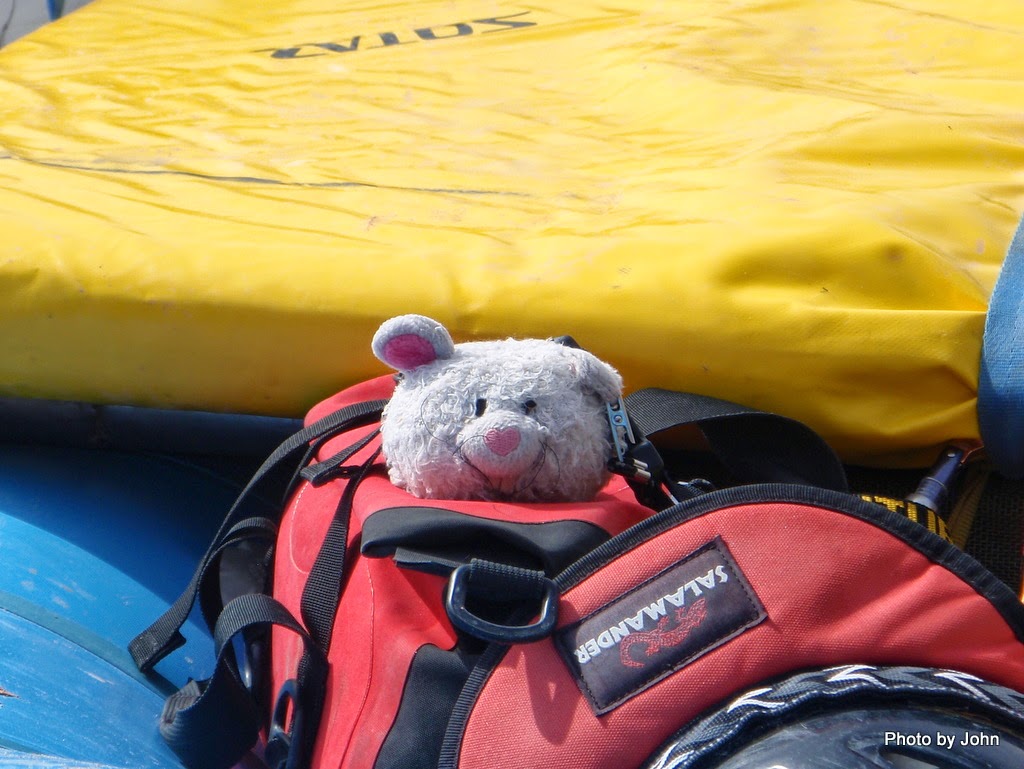 Squeak found a spot on top of my day bag where he could watch all that was going on. 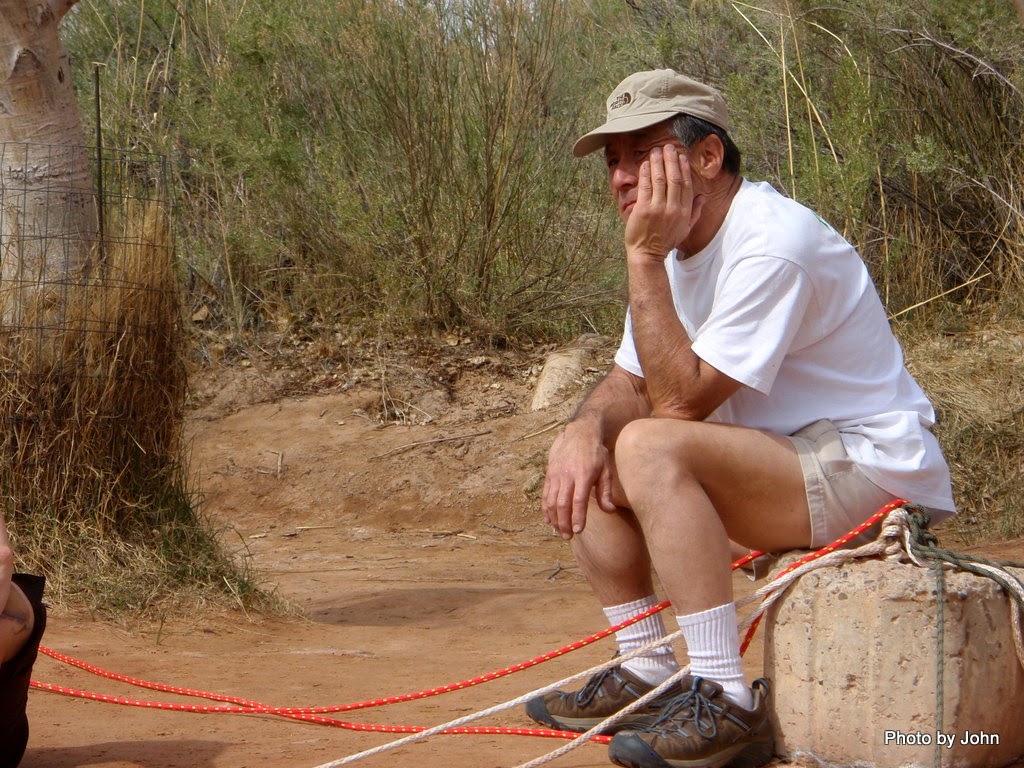 Lots of friends came to see us off. Norm was scheduled to go on this trip but had to back out several weeks ago. His misfortune opened the spot that I was able to take. Norm made some really great equipment for the trip including lantern stands, the groover seat, and really great reflective arrows to designate the path to the groover. 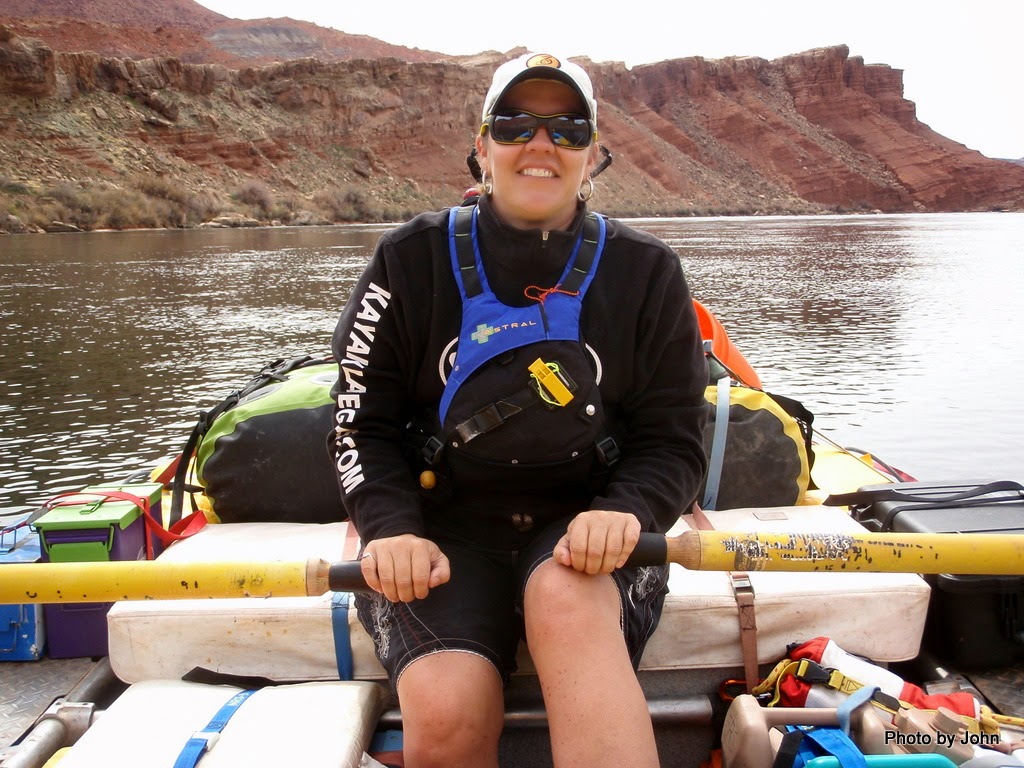 Finally, after much ado, we were able to launch at 1:30 p.m. on March 5th for our
trip. Izzy was our boat captain and rowed the vast majority of the trip. She's co-owner of a guiding and outfitting company in Boulder City, Nevada. 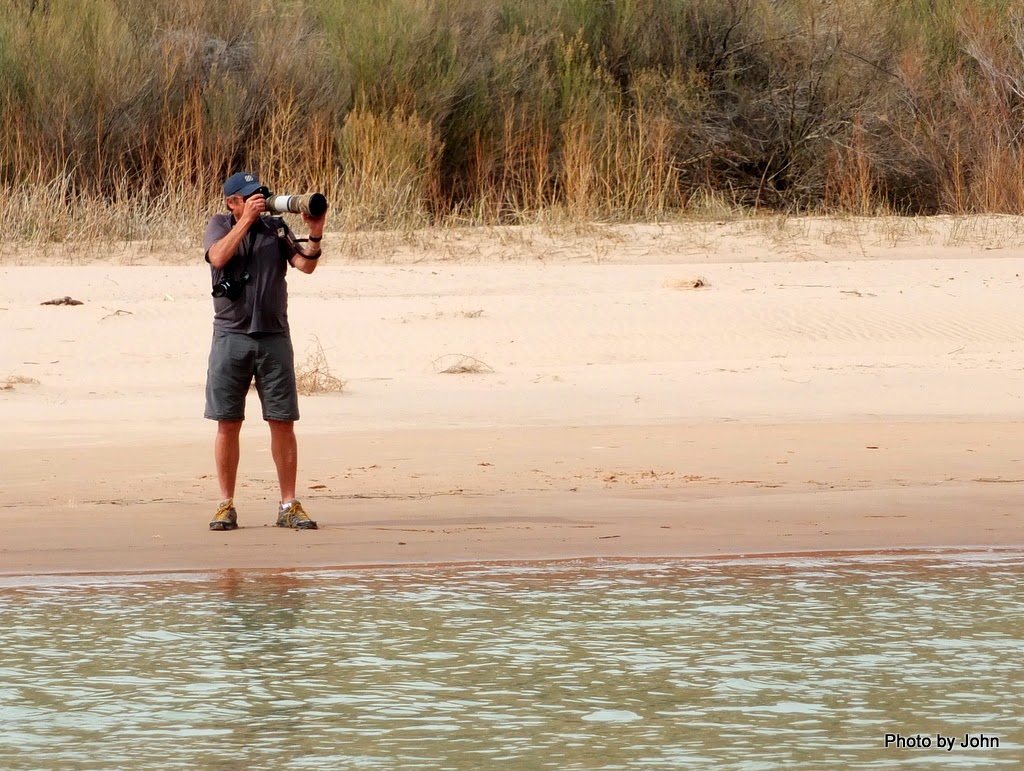 John West was at the Paria Riffle taking pictures as we passed by. 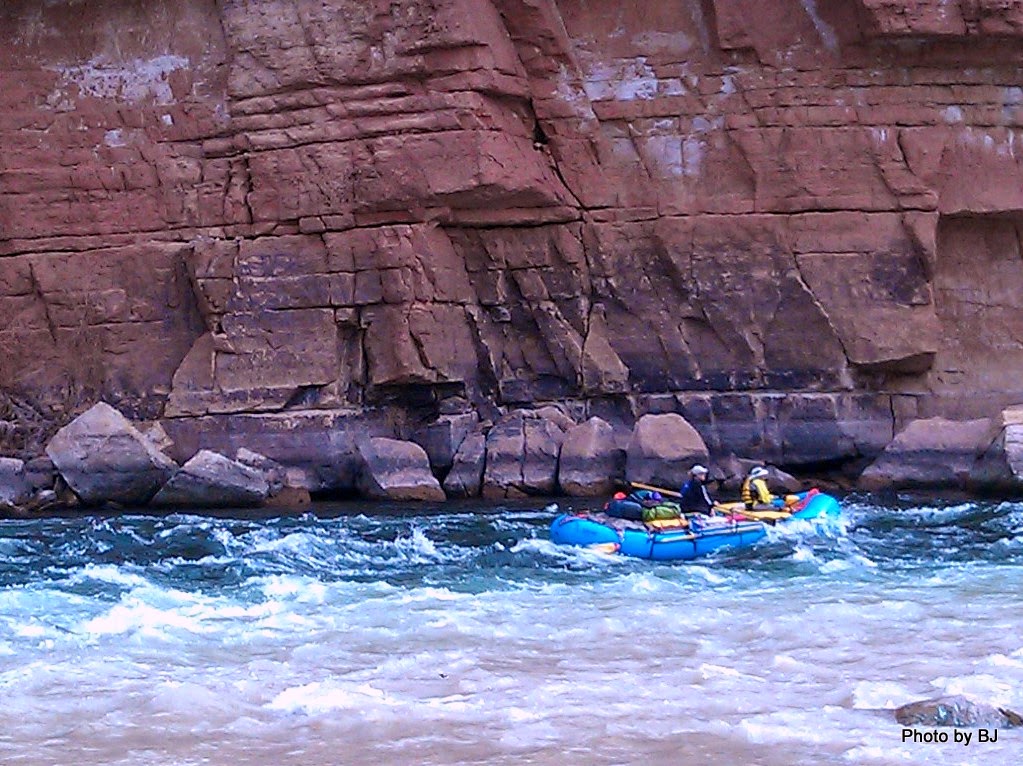 BJ got this picture of Izzy and I as we pass by the muddy water of the Paria River where it merges with the cold, clear water of the Colorado below Glen Canyon dam. 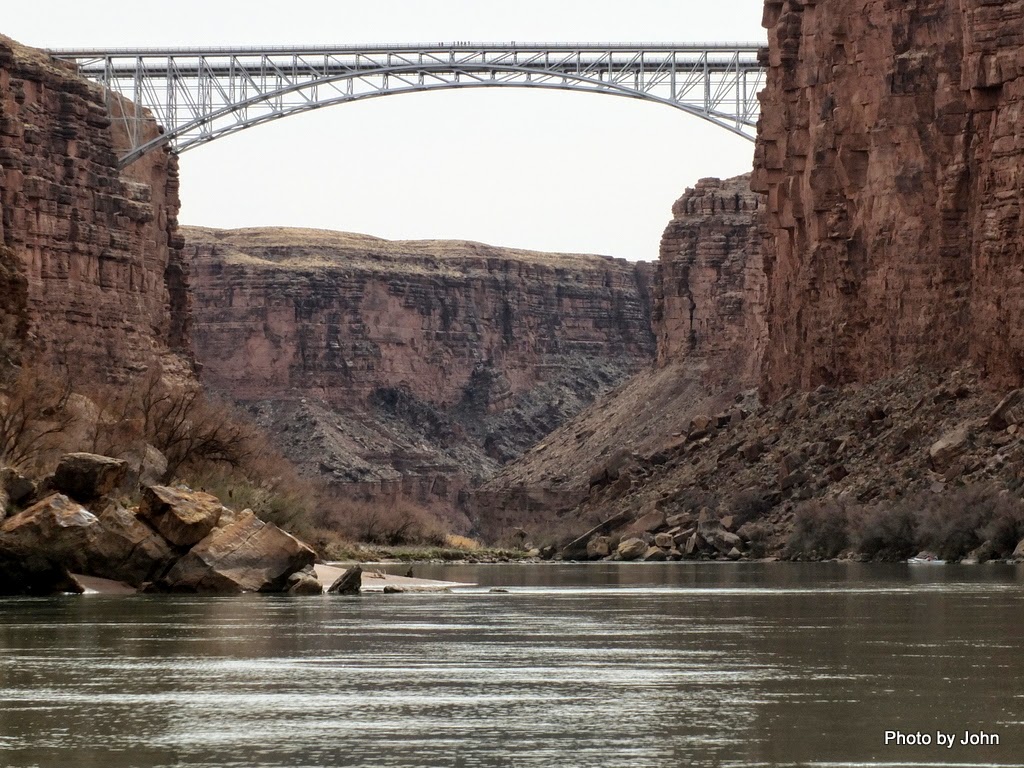 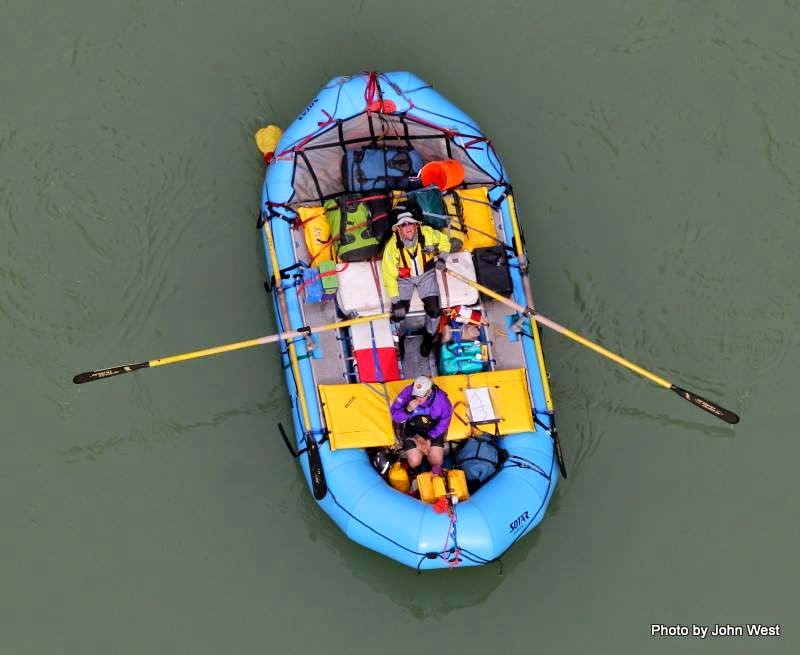 John West got a photo of us as we passed under the bridge that serves as proof that I did row some. The yellow at the back corner of the raft is a drag bag where Izzy chilled her supply of Diet Coke. The yellow rectangles on the raft are Paco Pads that serve as waterproof cushions during the day and mattresses as night. 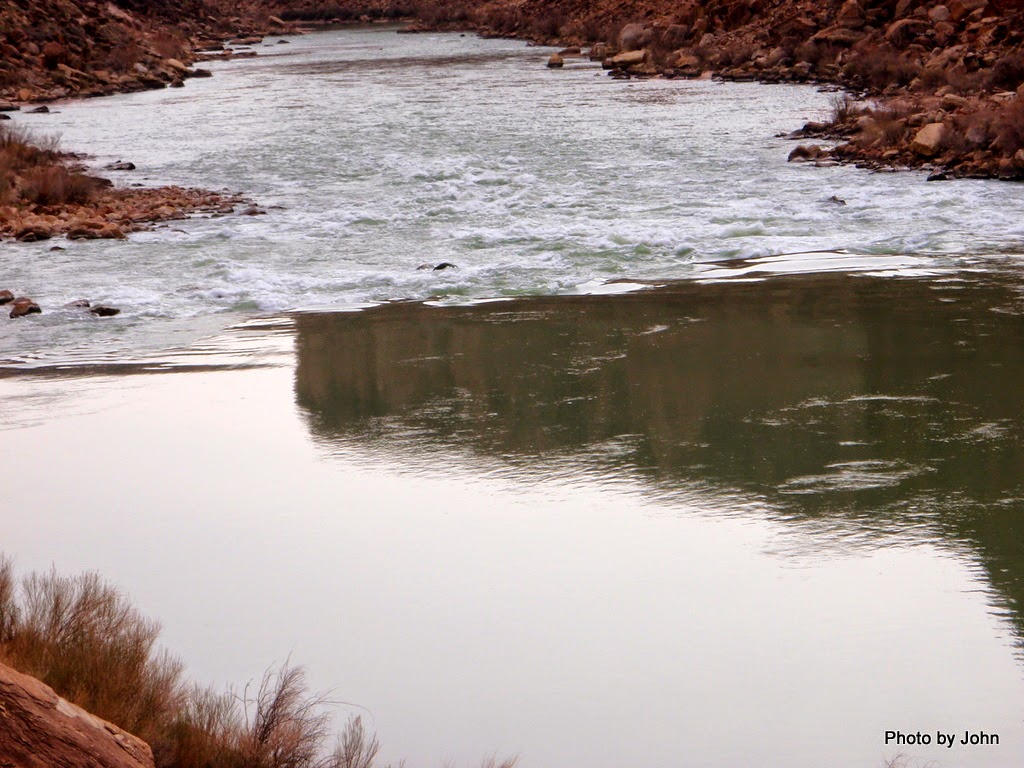 We stopped to scout the Badger Creek rapid. It is rated a 5 on the 10 point scale used to rate Grand Canyon rapids. It's the first rapid of significance, with boulders washed into the river from canyons on both sides of the river.

Our camp for the night was just below the rapid on river left. Dave Mortenson, Izzy, and I had dishwashing responsibilities for the first cycle. There are three rotating duties - cooking, dishwashing, and groover (toilet). With five teams, you also get two days off in each rotation.