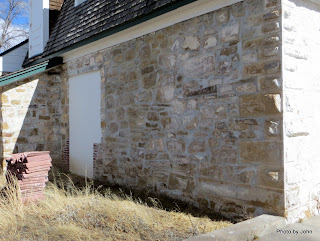 Fort Stanton was built in 1855 from local stone as a military post to control the local Apaches. Supplies for the fort were a key issue in the Lincoln County War. After the military no longer needed the fort it became a sanatorium for the Merchant Marine. Other uses included a WWII internment center for German sailors, a low security women's prison, and a variety of juvenile drug and alcohol rehabilitation programs. 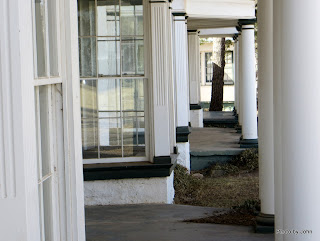 The fort was once commanded by Col. Kit Carson, and Black Jack Pershing lived in these officer quarters in the 1880s. 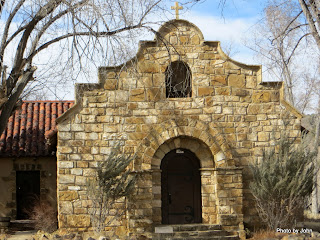 Off of the main quadrangle we spotted a church. 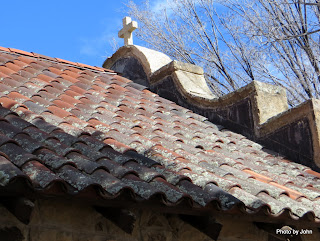 Most of the furnishings were still in place but covered with a layer of dust. 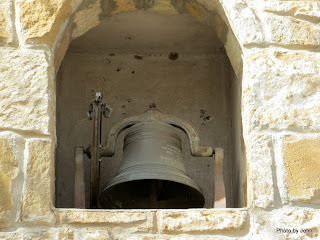 Even the bell remained 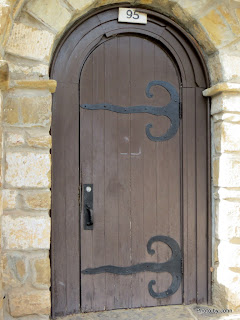 but the door was locked. 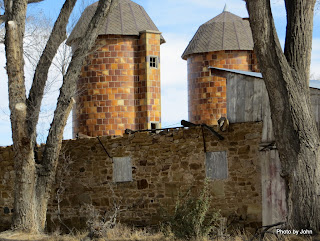 Perhaps my favorite part were the remains of the barns 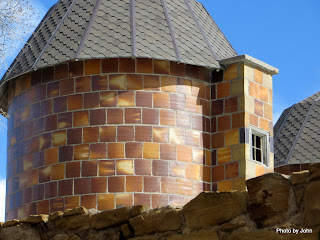 and the absolutely amazing silos. I guess it's the farm boy in me. Apparently the silos are relatively new, having been funded by the WPA in the 1930s. 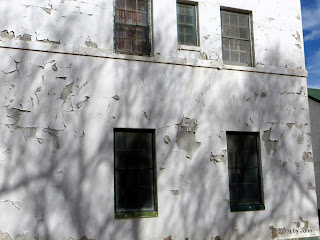 It was an interesting visit. Interesting structures with layers of peeling paint 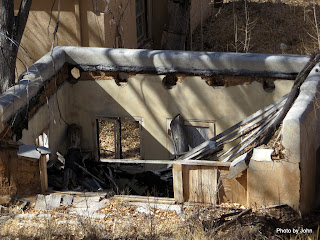 and at least one roof has collapsed. History returning to dust.
Posted by Just Finding Our Way at 9:00 AM